Da_CONK
Posts: 528 - Karma: 93
Karma: 93
Posts: 528
Ridiculous
Hi guys, I'm going to be building my setup soon and I am starting to thing about rails to make after I finish the drop in. I thought it might be a cool idea if I could make a system of rails using smaller parts. I was thinking about building an up rail, down rail, and a flat (the up and down would be the same thing if they were reversed). Each section would be like 7-8' (Haven't decided yet). The purpose of this would be to make a ton of different rail combination's. For example UFD, DFD, UF, FD, ext. My question is if someone has already done this and how it worked. The only thing I can see that wouldn't work is if the rails didn't align close enough. How tall would I have to make each section so that they are interchangeable?

chardi
Posts: 5040 - Karma: 59
Karma: 59
Posts: 5040
No Life
this was my exact idea going into this winter, but i got lazy as it started snowing and didn't feel like making the rest of them so i just started skiing on the one. i ended up with about 15ft of rail which was good. i tried doing some of this but, IF YOU HAVE A FLAT BACKYARD IT WILL NOT WORK. so if thats the case, forget it right now. if you are on a hill then this is a possibility, especially if you build a good drop in on top of the hill, you will have tons of speed all the way down and should be able to get very creative with your rails. in that case, i think this is a very good idea. but when you are thinking about the length of each segment, just remember, pvc usually comes in lengths of 10', so i would recommend making 10' segments, but you can do whatever you like, or even have segments of different lengths.
Jun 25 2010 1:32PM 0 0

chardi
Posts: 5040 - Karma: 59
Karma: 59
Posts: 5040
No Life
another post, but i couldn't remember everything you said, so to the second part.
when connecting one section of rail to another, where will be a gap of some sort. however, 9 times out of 10 it will not be a problem. just set it up so that your edge will not catch the front of the next rail when transitioning from one section to another. what i would do is just set up the end of the first rail just above the second so there will be a small drop, but its not noticeable and you will not catch, you know what i mean? i have a flat backyard and tried to make different rail setups but kinks don't go well on a flat surface, so again, if you have a flat backyard, just forget it and build a flat rail. i tried to do things like down flat, or flat down, and neither really worked great. once i made an a-frame and even on snow from a 6' tall drop in, i had no speed going over the top. as for the supports, it depends on the height of your drop in. if the lip is a foot off the ground, you will want it around that height. remember, you can always put something under the rails to make them taller but you can't make them shorter. if you really want it to work well, make extenders (of some sort) to the supports of the rails that will basically add on the rail and make it taller.
sparknotes: if you have a flat backyard, DON'T DO IT. if your yard is on a hill, you are golden, just make everything legit and you should have no problems with what you want to do.
Jun 25 2010 1:43PM 0 0

Da_CONK
Posts: 528 - Karma: 93
Karma: 93
Posts: 528
Ridiculous
Thanks for the advice. Does putting the setup on a hill have that much of a difference in speed? I was planning on putting it on a flat part of my yard because it seems like the tower would be more stable. I am going to use wax on the rails and dish soap / orange fencing on the drop in. I do have a small hill that I could put it on if it matters that much. And about the section length, I was planning on 7-8' sections so the total would be around 21-24' but since PVC is sold in 10' sections it makes more sense to make 10' sections and have it total to 30'.
Jun 25 2010 1:54PM 0 0

chardi
Posts: 5040 - Karma: 59
Karma: 59
Posts: 5040
No Life
wax, soap, and fencing will help tons. that will give you a lot more speed if you do this. i don't know how much you will have (if its enough) its really your call. i don't want to tell you what to do because i don't know exactly how much speed you will have. you may have plenty, i just don't know.
what i did for my drop in though, if you you are worried about stability, i used a post hole digger to make 3ft deep holes to anchor my drop in into. (i don't know if you have one of these, i don't, but i borrowed my neighbor's, they are not too uncommon.) i have 4x4s anchored three feet into the ground, so its not going anywhere. you could use 2x4s if you only have those, i had 2 scrap 4x4x10s at my house (lucky) so that really helped. if you want to build it on a hill i would definitely look into this. not only will to keep your drop in very sturdy, if you are building it on a non flat surface, it will make it a lot easier to make the platform of the drop in level.
Jun 25 2010 2:03PM 0 0

Da_CONK
Posts: 528 - Karma: 93
Karma: 93
Posts: 528
Ridiculous
Ok thanks again. That what I was thinking about to make it steady. I haven't build the setup yet so I don't know about the speed just wanted a general idea if putting more then two rails together in different combination's worked.
Jun 25 2010 2:26PM 0 0 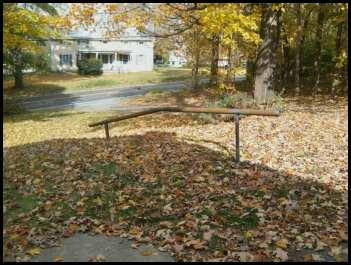 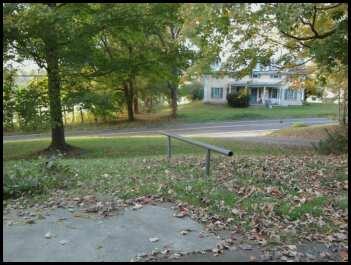