Personally I want Brazil to win, always my favorite team. 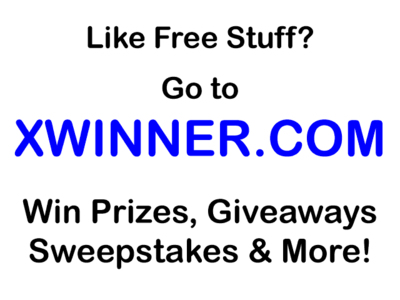 Brazil really stepped it up, and Korea looks like they're losing motivation. Not much, but just a little.

kinda crazy actually. I bet that goal is going to be replayed in North Korea and they're going to say "our glorious dear leader's soccer team won the world cup today by beating 5 time champion brazil with this incredible goal. blah blah blah"

DingoSean
Posts: 23401 - Karma: 18,898
Karma: 18,898
Posts: 23401
@th1337
Italy's a bunch of divers and geriatric patients now... They looked awful against paraguay, and only won becuase Paraguay has worse goalkeeping than England. Plus, if Buffon is really hurt, then they are super sunk.

The USA will have to hope they dont get 2nd in the group behind england, and face off against germany in the knockout phase.

futurespin
Posts: 2178 - Karma: 167
Karma: 167
Posts: 2178
Addict
those north korean fans are prolly just south koreans who showed up to root for the friendly neighboring country to the north.

at least 100 of those fans were really N. Korean.

but hundreds of them are in fact chinese.

Thenowhereman42
Posts: 5682 - Karma: 50
Karma: 50
Posts: 5682
No Life
I lol'd. Support your country man, that is the point of the world cup. All the different players that play all over the world in different leagues, for different teams, with people of different nationalities come together once every four years to put aside what they normally do and play for their country's price. Would you support Brazil over America?
On a totally unrelated not, FUCK Brazil. Korea never had a chance (they scored a goal though whoa, wasn't expecting that), but I would root for anyone in a game against Brazil. Mostly just because they knocked England out of the Cup in 2002 and I'm still butthurt about it though :p
Jun 16 2010 12:24AM 0 0

apcaipse
Posts: 2168 - Karma: 25
Karma: 25
Posts: 2168
Addict
Actually, the USA is one of my least favorite countries. I dislike the people, most of the places, and the culture. I much prefer Brazil. I just root for whatever team I want, and Brazil is always good, so why not root for them?
I root for them in the Olympics, along with Canada.

If not, you can't claim it as 'one of your least favourite countries'

Muffinmaster
Posts: 14 - Karma: 21
Karma: 21
Posts: 14
Newb
North Korea has only participated in the World Cup one time before in1960's.. :D
They beat Italy which got them to quater where they lost 3-5 to Portugal.. so was rly stoked to see how they would do against Brazil yesterday.
They might be small and hell communist, but those small asian dudes are fast as fuck! :P
Jun 16 2010 7:11AM 0 0

They are surely a rag tag bunch. I'd be rooting for them to do well if it weren't that Kim Jong IL's would take all the credit for it...