r0dubs
Posts: 1764 - Karma: 16
Karma: 16
Posts: 1764
Insane
I was talking with a group of people today about a bunch of "what if" predicaments such as the ability to travel at or faster than light speed and how you could travel through time and witness the past (not your own but actually a source of light from the past) but not be a part of it, only experience it.
We also went into the perception of time, and how it's possible for animals to perceive time differently, such as a starfish, which moves incredibly slowly, perceiving it's actions to actually be moving normally. For example walking as opposed to running, theoretically, a starfish could move to one side of a rock in around a half a day's time as we perceive it, but to the starfish it could as well be jogging over to meet it. Don't just discard this theory, especially if you toke, since everyone that has, has experienced something called "Marijuana Minutes" where 2 minutes feels like two hours.
Another topic was sensory depravation, being kept in a box, with it pitch black, for an elongated amount of time, would you eventually lose your sense of time, and have either a week feel like a month or vice versa?
Feel free to elaborate on any of the above topics, or start your own
Things like:
Black Holes
Color Definition
Possibility of Alien Lifeforms
Perception of reality
Go nuts
Jun 8 2010 10:36PM 0 0

Anyone that has answered legitimately to this question does not get what he means......but i do :)

And this thread is making my head hurt, i have thought about the whole thing when you ejaculate before, very weird.

ohmygod_basedgod
Posts: 534 - Karma: 37
Karma: 37
Posts: 534
Ridiculous
you're a judgmental douche bag who probably has no friends.

but yes the string theory!  I love reading about that!  I took a philosophy class, talked about all this stuff.  First day we had a full out yelling argument about if god existed or not haha

but yes the string theory!  I love reading about that!  I took a philosophy class, talked about all this stuff.  First day we had a full out yelling argument about if god existed or not haha

ISellMeth
Posts: 1440 - Karma: 673
Karma: 673
Posts: 1440
Insane
Today in my science we learned about quantum vacume colapse. It's if the colider in europe malfunticons it sends out waves of anit matter at the speed of life and we wouldn't know it was coming. So it's just freaky to think now a wall of anti matter could be approching you
Jun 9 2010 12:53AM 0 0

ISellMeth
Posts: 1440 - Karma: 673
Karma: 673
Posts: 1440
Insane
Today in my science we learned about quantum vacume colapse. It's if the colider in europe malfunticons it sends out waves of anit matter at the speed of life and we wouldn't know it was coming. So it's just freaky to think now a wall of anti matter could be approching you
Jun 9 2010 12:57AM 0 0

pianoman
Posts: 2503 - Karma: 778
Karma: 778
Posts: 2503
Addict
i'm pretty sure the magnet explanation is wrong and it doesn't have anything to do with charge (aside from the fact that moving charge creates a magnetic field) and has to do with the alignment of the spin of the electrons all lining up in one direction. the aligned spin state can be temporary, like in a paperclip, or permanent like in a bar magnet depending on material.
Jun 9 2010 1:22AM 0 0

MCIRONCOCK
Posts: 3094 - Karma: 27
Karma: 27
Posts: 3094
Addict
It makes you wonder how many possible Einsteins and George Clooneys have been skeet skeet in the sheets.

all of us know this "not faster than the speed of light"-blablabla. so you would think that its impossible that we will ever see all these galaxies, stars, quasars... from up close (something i truly regret when i look at the stars).

but actually, when you reach a certain percentage of the speed of light (like 99,9999 % or even more 9s), you need more energy to accelerate, this energy is actually mass and mass bends space time.... BOOOOOM, a distance of hundreds of light years is reduced to one mile, one inch or whatever (depending on the amount of 9s).

still, we wont be able to do that in the foreseeable future, but maybe some badass scientist can solve the fuel-problem with these travels and create a good enough engine to make it happen in 200 years or so. too late for us anyway. and another "problem" with that is, as already mentioned, the traveler would experience the travel as ridiculously short while all of his friends and family would probably be dead when he returns. maybe the only solution would be a star-trek kinda thing. a fully-operational "city" in a space ship that goes out there and doesnt intend to return to earth.
Jun 9 2010 3:42AM 0 0

theline
Posts: 1507 - Karma: 92
Karma: 92
Posts: 1507
Insane
String theory is a developing theory in particle physics which attempts to reconcile quantum mechanics and general relativity. String theory posits that the electrons and quarks within an atom are not 0-dimensional objects, but rather 1-dimensional oscillating lines ("strings"), possessing only the dimension of length, but not height or width. The theory poses that these strings can vibrate, thus giving the observed particles their flavor, charge, mass and spin. The earliest string model, the bosonic string, incorporated only bosons, although this view evolved to the superstring theory, which posits that a connection (a "supersymmetry") exists between bosons and fermions, two fundamentally different types of particles. String theories also require the existence of several extra, unobservable, dimensions to the universe, in addition to the usual three spatial dimensions (height, width, and length) and the fourth dimension of time. M theory, for example, requires that spacetime have eleven dimensions.

.Natty.
Posts: 1030 - Karma: 84
Karma: 84
Posts: 1030
Insane
I've thought about this a lot and im sure we'll develop the capabilities to accomplish epic space travel in the next few hundred years. Think back to the 1600s, what was shit like then? Look at the incredible advancements we've made. Theres no reason why advancements in technology would just stop now. I really dont doubt the human race's ability to progress in the field of technology.

I hope space becomes more of what our earth is like now, there will be different "countries" on different planets. It would be awesome if Star Wars just turned out to be very similar to what life is like 500 years later.

And for all the complications involved in space travel, I'm sure we'll overcome them, if you told some knight riding a horse that humans would be flying large metal things several hundred miles per off asshole.
Jun 9 2010 8:37AM 0 0

tommycat
Posts: 483 - Karma: 23
Karma: 23
Posts: 483
Ridiculous
it doesn't necessarily warp time, but rather bends the fabric of time. i'm not going to even try to do the topic justice though... read this book if you're looking to have your mind fucked. 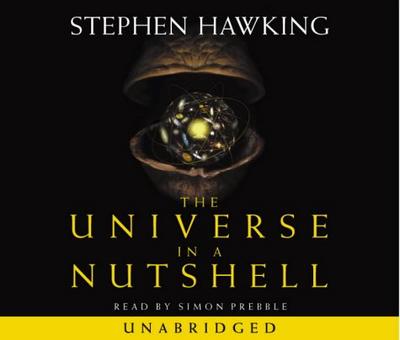 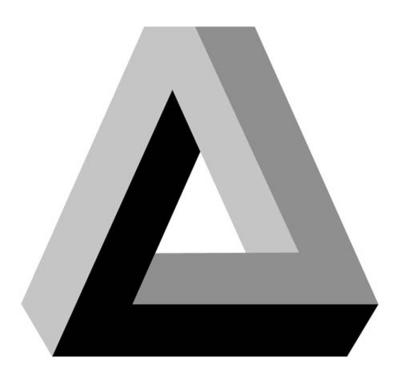 Lkary
Posts: 35 - Karma: 29
Karma: 29
Posts: 35
Lame
My physics teacher explained basically the same thing. What he was explaining was that NEAR a black hole there is enough centripetal force to accelerate particles and shift our space time.
My teacher has a Phd in the link of quantum physics and spirituality or something like that haha. We always get into the craziest discussions about how our universe works and how we still cant explain so many things.
Jun 9 2010 5:50PM 0 0

mr_shifty
Posts: 316 - Karma: 11
Karma: 11
Posts: 316
Loner
We had a theoretical physicist come lecture our AP physics class. It was some pretty crazy stuff like how objets appear short when traveling at speeds approach "c" The barn paradox is crazy and the twin paradox too. I'm pretty sure that if you could teleport, you could travel into the future, but you wouldn't be able to go back.
Would you go to the future if you knew that you couldn't go back?
Jun 9 2010 7:40PM 0 0

although the earth isnt stationary, the space ship's time will differ greatly and when the astronaut comes back, he might look the same but his brother could be dead or an old man (depending on speed and length of the space trip).

relativity states that times goes slower near big masses or during fast movements (it might be the same since energy is used to accelerate a space ship and energy is mass so...), so its not a paradox, just something that feels like a paradox.


the barn paradox (or garage paradox) is very interesting. distances get also compressed/elongated during high speed travel. so, if you have a 50 ft long limousine, driving towards a regular 25 ft garage at 0,99 c, the limousine gets compressed (if seen from the garage) and it looks like it would fit into it. on the other hand, the driver would say that the garage became even smaller.


both "paradoxes" (they arent, as i said, real paradoxes, they just dont fit in our newton-based minds) can be "experienced" at much lower speeds, at least in theory. i guess that astronauts live a tad longer and that a car at 200 mph looks a thousandth of an inch shorter as when standing still.

i wrote all of this without looking anything up, so if i made a mistake, please correct. i know i confused some things. or look the stuff up on wiki, what i remember they are excellently described there.
Jun 10 2010 10:51AM 0 0
All times are Eastern (-4)