And Landis Tanaka or Logan Imlach the new superunknown

paulmay
Posts: 804 - Karma: 17
Karma: 17
Posts: 804
Insane
this is the conversation i see when jon calls them up to tell them about JOSS Team Alaska
jon: hello
AKers: yeaaah what up man?
jon: yeah, so i was thinking of making a team alaska for this years joss. Where you at?
AKers: yeeeeeeeah im in AK, taking my tricks to the backcountry yeaah!!
jon: sick dude
AKers: yeaaah
week before the event
jon: so whats up?
AKers: yeaah so i wont be able to make it to your event daawg, im gonna call someone to see if they can take my spot
jon: really? thats...
AKers: yeaaah
jon: ok man
AKers: yeah!! its my life its what i do! yeeah its just my life!!
jon hungs up
and thats how we are gonna see my friend is a pro 2.0 or some other rap/ski video
so yeeeah i like it and i aprove of it!
May 20 2010 8:25PM 0 0 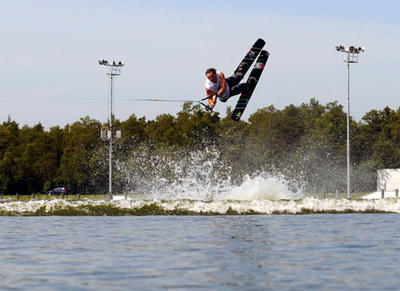 joss is a joke, judging sucks, there is no standard form given to fallow. The event is good for 2 things, making jon alot of money, and making NS kids freak out over shitty park skiers. you know what a good event is? redbull cold rush, something that take actual skiing skills, not just being able to spin/flip alot and land on a perfectly smooth landing. lets see Jon host an event based souly around actual skiing(real lines, cliffs, pow, pillows), or shit even host a race, either would be better and more enjoyable to watch then the shit fest joss has become

and to the person making a joke about the AK guys taking their stuff to the BC, they are, and they are progressing the sport WAY more then park rats thats for damn sure. how many segments have been put out that have changed how we look at skiing that are 100% park? I can't name one, but ill just list a few that contain plenty of real skiing or stuff that can never be done near a park

Leeyum
Posts: 1285 - Karma: 168
Karma: 168
Posts: 1285
Insane
One of the most ignorant post on ns ive seen in awhile , lets see park segments........
Dave Critcton - Forward absolutely slays that huge jump in aspen snowmass in under like an hour
Corey Vanular - Shanghai Six - First pretzels appear and massive park jump shots from Candide event
Corey Vanular - LSS - In a 45 second segment RAPES keystone superpark with all forward left-side only tricks
Liam Downey - LSS - first 360 switchup on an urban rail and slays everything else park oriented
T Wall Superunknown - given its an edit proves a nobody can become a superstar over night as long as you have talent and good homies to film you.
Pretty much all of Refresh and EDIAS park = park skiing isn't even real anymore , bar is raised
I know im missing some but you get the idea
although the segments you mentioned were revolutionary it is extremely elitist to call JOSS athletes sucky skiers both parties ( BC / park ) love what they do so who gives a shit.
May 21 2010 1:23AM 0 0

paulmay
Posts: 804 - Karma: 17
Karma: 17
Posts: 804
Insane
hey dumbass, we ride the park cuz we enjoy skiing and having fun, and mostly having fun. So when its a grey day, couple of weeks after the last snow or anything like that yeah we will be in the park having FUN.
on powder days you will barely find any ppl in the park, other than the park staff and the ppl hitting park jumps to pow landings
if we could ski pow all day and pick untracked pillow lines, belive me we would do that over skiing on the park, but that is not posible for everybody here, some are more blessed than other because some DO have this chance.
so yeah you can take yur 12911 Posts and your Karma that is at 80680, and go hate in TGR.
PS. go fuck yourself, bitch
May 21 2010 1:49AM 0 0

R.Fahey
Posts: 8602 - Karma: 539
Karma: 539
Posts: 8602
Crazy Fool
Park skiing is tight and changes so quickly.  Sure taking tricks to the BC is super ill, but it's the same tricks done in the park so it's not THAT new.  I'll admit, my favorite type of skiing to do and watch is BC stuff (anything Wiley does), but you can't rule out park skiing as having a huge impact on the sport.
All of those segments listed above (Crichton, C-Van, Wallisch, all of Refresh, etc) have had a huge impact on skiing.  Then competitions like the X-Games big air changed the sport of skiing in 10 minutes.  It progresses so fast.  You CAN'T give credit to BC jumpers and not park skiers.  Do you think Durtshi wouldn't done several dub flips in the BC had they not been done years before him in the park?  possibly, but I find it unlikely.
Some people prefer big mountain/pow, other's prefer park.  You can't rule out either as being boring or not important to skiing.  both are good.

jhackbeez
Posts: 2136 - Karma: 258
Karma: 258
Posts: 2136
Addict
why don't we send a team newbschoolers to joss next year and you have to be under the age of 13 and your only job the entire time is to make stupid threads of everything joss whille your there.