well pretty much any felony is not gonna help you get into canada. when i was 17 and i went up to whistler i had this trespassing thing on my record. they were not stoaked at all but the let me in,

when i was 21 when i went to vancouver and they relized i had my conceled wepons permit they freaked the fuck out. guys with guns where just hanging around the car and they kept asking me over and over agian "WHERE IS YOUR GUN"!!! and i said. in my safe in my room back in oregon 250 miles south of here. and they kept asking me and then the searched my body(pat down) and the car we were riding in. confiscated our smokes and told us not to get in trouble.  pretty much i stear clear of canada..  to much hassle!

Thenowhereman42
Posts: 5682 - Karma: 50
Karma: 50
Posts: 5682
No Life
True. I have a buddy with a DUI and he recently tried to go to some industrial music festival in Canada and couldn't because of his DUI. His DUI was stated explicitly as the reason. I also know another guy who couldn't get in because of DUI, but he also got kicked out of Canada like 7ish years ago for getting caught with weed and being there illegally past his visa time, so I don't think he could go anyway.
But yeah, DUI = No Canada. Sorry buddy.
Apr 25 2010 9:41PM 0 0

soulskier
Posts: 17796 - Karma: 3,682
Karma: 3,682
Posts: 17796
Post Whore
"Section 19(2)(a.1) of the Immigration Act of Canada states that persons convicted of an offence outside of Canada, that would be an offence under Canadian law, cannot be admitted to Canada. Criminally inadmissable persons can, however, apply for a special permission to enter Canada. This special permission is expressed by a Minister's Permit."

Any person living in the United States who possesses a criminal record and wishes to travel to Canada will need a Ministers Permit. This is valid up to one year. One may also apply for a Rehabilitation. This document is a permanent approval, and allows hassle free border crossing into Canada.
The Canadian Government will look at each application individually. They will consider the following factors:

A Ministers Permit may take up to 6 months for processing. A personal interview may be required at the port of entry nearest the applicant's residence.

Rehabilitation allows lifetime access into Canada. This document never needs to be renewed. A Ministers Permit and Rehabilitation does not permit one to work in Canada. These approvals allow visitation for a period up to 6 months at a time. 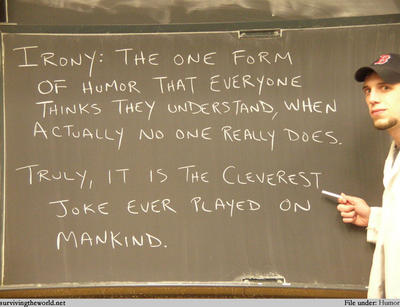 my good friend austin was going up to vancouver for telus fest a few years ago, and got turned down at the boarder do to having a DUI. His twin brother however, did not have a DUI and was along for the trip.

He ended up having one of his friends come back across the boarder, and throw him his identical twin brother's Passport and everything... he was able to sneak into canada as his brother, and get extremely drunk at telus. Suhhhweet.

Totally in the country illegally... so insane...

i have a clean record. thankfully.  but in oregon dui is no joke.

i was just amazed how much the border gaurds freaked out over my wepons permit. i might as well have had a bazooka in my shorts. it was incredable. i never felt like wa gonna get locked up just denied.