The former Alaska Governor has signed a multi-year deal to serve as a contributor to the Fox News Channel, effective immediately.

"I am thrilled to be joining the great talent and management team at Fox News," Palin said in a statement. "It's wonderful to be part of a place that so values fair and balance news."

Terms of the deal were not disclosed. It is believed to be a three-year agreement.

She's also become even more of a darling to the Republican right wing, many of whom hope she runs for President in 2012.

Some senior party officials believe her primary ambition is becoming wealthy instead of planning another national campaign.

"She's doing it for the money," one official scoffed.

Veteran GOP power broker Fred Malek, a Palin confidant, said she wants to remain a public figure and party force, but isn't trying to position herself for higher office.

"She wants to continue making her views known and her voice heard," Malek said. "It doesn't have anything to do with a political strategy in the future."

Fox News was eager to have her join the team.

"Gov. Palin has captivated everyone on both sides of the political spectrum and we are expected to add her dynamic voice to the Fox News lineup," Bill Shine, Fox News' executive vice president of programming said in a statement.

Palin has been no fan of the media, either. She slammed CBS' Katie Couric and ABC's Charles Gibson for the way she was treated in interviews during the presidential race.

She's also been in the middle of a tabloid squabble with Levi Johnston, the father of her daughter's child, over parental visitation.

skiminnesota
Posts: 9092 - Karma: 419
Karma: 419
Posts: 9092
Crazy Fool
personally i do NOT see her as a viable presidential candidate. I almost wonder if she has also come to this conclusion and is now going to do something like this along with speaking among other things and rake in the dough. she has hit pay dirt.

BTW she is joining a very illustrious team with the likes of Rove and Newt. Huckabee, well i dont really like him very much.

put her in front of a teleprompter and there is no question in my mind that she does have some pretty damn good speaking skills.

attractive female(in the eyes of rednecks of course) that red necks  like because they remind them of the baby mommas they wish they had. 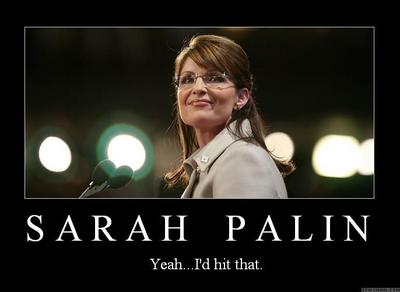 geteducated
Posts: 6410 - Karma: 85
Karma: 85
Posts: 6410
No Life
now you're just guilty of saying a conservative means red neck which means racist and sister fucking hick.  if you identified yourself as a conservative, which you obviously do then you shouldn't be tired of being called the aforementioned.

Dustin.
Posts: 13717 - Karma: 5,430
Karma: 5,430
Posts: 13717
Crazy Fool
That's actually true.  In fact, you can literally just walk from the US Diomede to the Russian Diomede when the strait is frozen in the winter.  So it was kind of pointless for her to say that, but ya it's just as stupid to act like it's so ridiculous.

geteducated
Posts: 6410 - Karma: 85
Karma: 85
Posts: 6410
No Life
no i was just saying that you're contradicting yourself and that now you're guilty of falling into the generalization.  since you know its not true then you should be tired of being called that because its not true.

you're talking to the other guy. 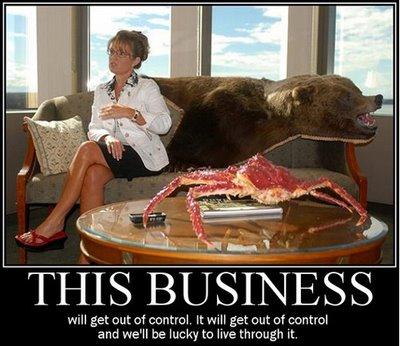 i said you're generalizing conservative yourself because you think people identify you as a sister fucker.  just like how you said i apparently generalize conservatives because when i said red neck you think i also mean conservatives.  you should know that a redneck and a REAL conservative aren't the same.

Mr.Panda
Posts: 17711 - Karma: 558
Karma: 558
Posts: 17711
Post Whore
I DO know they aren't the same and I also know at the same time a liberals favorite way to bitch at a conservative is to call them a redneck, sisterfucking, racist hick. And you came across as calling all conservatives redneck as well. How would you feel if I said all liberals are hippy tree hugging wine sipping communist dick sucks?
Jan 12 2010 12:39AM 0 0

geteducated
Posts: 6410 - Karma: 85
Karma: 85
Posts: 6410
No Life
oh because i said anne coulter you think i said all conservatives are red necks, is that right?

and if you said that i wouldn't care.  kind of amusing actually.  maybe thats how you should feel when people call you a sister fucker.  people only get mad at what people call them when its true.

Mr.Panda
Posts: 17711 - Karma: 558
Karma: 558
Posts: 17711
Post Whore
So now you are going the "oh, you got mad I called you gay cause you really are" argument.. way to go back to middle school bro. People raised like me get more pissed when you call them something you aren't. I was made fun of for never being able to high kick a guy in my MMA club, next fight I cracked a guys skull with my shin. Fight after that the guy said I wouldn't be able to submit him, I broke his arm.