Hahahhah ACORN at it again!

this is pathetic, but hilarious.

see the full vid with transcript at http://www.biggovernment.com and scroll down to the prostitution section, hopefully you understand just why this is noteworthy. 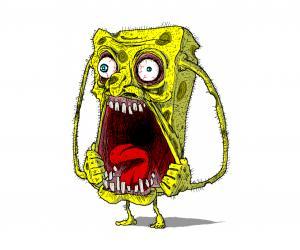 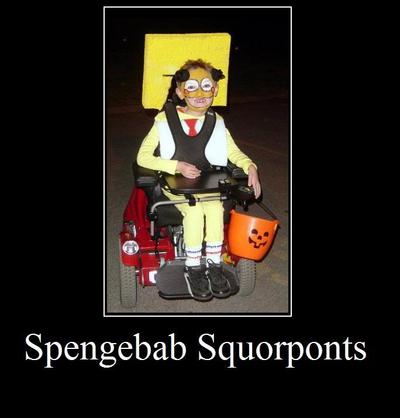 i see the words fox and news right next to each other in that link.

That automatically makes this thread retarded.

Ben.
Posts: 21463 - Karma: 680
Karma: 680
Posts: 21463
@th1337
haha no this is actually pretty legit. some conservative guy went in posing as a pimp with underage prostitutes to MULTIPLE ACORN offices, and got advice on how to avoid taxes and run his hooker ring.


when it happened the first time i laughed and figured, ok 2 stupid employees, but at 3, the organization clearly is making EXTREMELY poor choices when hiring, and def deserves to lose its federal funding.

im as liberal as they come, and this is still fucking ridiculous.
just as stupid as the vote admonishing wilson today. what a waste of fucking time.
Sep 16 2009 12:02AM 0 0

Delphi
Posts: 3748 - Karma: 34
Karma: 34
Posts: 3748
Addict
yeah, agreed. Did you see the bullshit from the House about banning certain words that can be said on the floor. Included are "liar" "hypocrite" and "intellectually dishonest." Doing the "important" work while the future of the country hinges on other issues.

8ONE657
Posts: 3045 - Karma: 203
Karma: 203
Posts: 3045
Addict
meanwhile a person can stand up there and say whatever they want just so that it obstructs progress in a legislative assembly while not technically breaching the required procedures..i wonder if they can say those words then.

gonna throw a wrench here that will start a flame war, BUT, i seem to remember a House member a couple years ago that called Bush a liar TWICE in one speech.  he was talking about the Iraq war and i agree that was a stupid war to get involved in as once we leave it will just be the same, but, when he called Bush a liar there was no outrage.

I honestly thought the big deal over wilson was kinda ridiculous..

watch a deliberation of the house of commons in britain sometime... to be called a 'liar' is pretty often carried out.

however, wilson called him a liar for quite possibly the dumbest reason ever lol.


and not calling you a liar, but since when did anyone yell liar at bush during a speech? i dont recall that ever happening. in fact if it had, the person would probably be in gitmo now lol
Sep 16 2009 12:31AM 0 0

no, it was during a speech someone was giving like the dems party leader at the time called bush a liar twice in the speech.  Bush was not present at the time though.

fuck, if i were to, lets say, IGNORE our retarded douchebag of a government, would it go away and come back nicer and better?

but, i may be wrong and someone correct me if i am, according to the rules of Congress you cant call the president a liar...  EVER.

BravoWhiskey5280
Posts: 4020 - Karma: 515
Karma: 515
Posts: 4020
No Life
I think Wilsons glad he did it ha. He's received thousands of dollars in campaign money. But to the Illegal Aliens part of the bill, didn't they just rephrase it to "undocumented visitors" and change abortion to "altered pregnancy" or something?

BravoWhiskey5280
Posts: 4020 - Karma: 515
Karma: 515
Posts: 4020
No Life
O yea. Claim that my sister is good friends with the girl who pretended to be the prostitute. They both are in Young Americans club and go to all these seminars in DC together.

BravoWhiskey5280
Posts: 4020 - Karma: 515
Karma: 515
Posts: 4020
No Life
Yea I guess that would be something to keep in the closet ha. She is taking down a corrupt non-profit organization that is funded by the gov't though.

have you seen the vids?  id totally do her.

have you seen the vids?  id totally do her.

those acorn ppl must be the bigest idiots ever

Probably because the more passionate figures havent come out of the woodwork and made some statement that threw fire on the flame.

That, and we all agree that Acorn either better shape up or ship out... They arent going to lose their federal funding for this particular thing right now, but another one of these, and there's definitely going to be a mass discussion about it from all sides of the spectrum.

Ben.
Posts: 21463 - Karma: 680
Karma: 680
Posts: 21463
@th1337
not what i said. i dont care who is president, the president deserves a certain level of respect. it would be one thing if he had said obama was lying during wilsons own speech. like the dude did to bush. whatever than. but to scream out and interrupt the guy? pretty immature for someone who is supposed to be representing our country.


i wont even get into the racism aspect, i dont really think it was. but the dude did fight to keep the dixie flag up in his state, regardless of what that represents.

the race card has been played way to much on BOTH sides. the reperations line by beck and things like that are fucking absurd.
but at the same time, people that think that every single protester is a card carrying KKK member are morons. are there racists in the crowd? of course. do they represent everyone? absolutely not.
Sep 17 2009 4:12PM 0 0

Ben.
Posts: 21463 - Karma: 680
Karma: 680
Posts: 21463
@th1337
i cant speak for everyone. but personally my outrage was simply in the interrupting factor. obama wasnt lying about that specifically, but i dont give a fuck about that. its the fact that he cut the pres off in the middle of his address. if someone had done that to bush i would have been just as pissed. i dont care who the president is, when they are making a speech, you dont interrupt them... you just dont.
Sep 17 2009 4:22PM 0 0 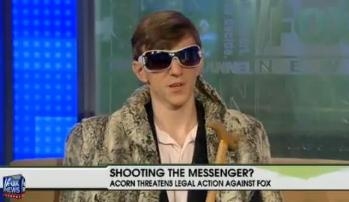