Does anyone have any comments on the 4frnt tnk. ill be riding mostly park and i wil be getting the 155 length. 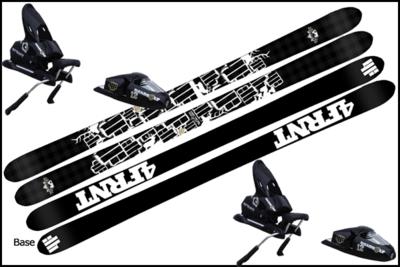 muppehund
Posts: 131 - Karma: 11
Karma: 11
Posts: 131
Pro
It's def not your No1 jibbing ski, pretty stiff and heavy. However heaviness stabilizes airs so you decide that is it a bad thing or a good thing. The laminated coating chips off very easily when you bang the skis together and it looks ugly.

ok..I will probably get some hate for this....But TNKs aren't the bombs that NS makes them out to be.  Think about Suspects, NS makes it sound like they explode, because some people had edge problems(way past fixing) BUT most of those people got a pair that didn't look good from the start.   Because a few people on NS said it, now alot of people think Suspects are like strapping C4 to your feet because they read they have edge problems.  Dumonts are the exact same ski with double edge armour..which would only make the problem worse.  Alot of people don't know that, and they say the dumont is a good durable ski, when it is actually just a Suspect, which doesn't actually explode on you feet for 98% of people.  The people who had problems either had a fluke pair(yes, there were too many) or got a pair that already had an edge seperated from the sidewall, which is obviously going to have quick edge problems..

Now, TNKs: the 07 model has different construction than the 09 model.  The 07 model turned into a total noodle in a month, and had terrible edges(for hard skiers, that is true).  The 09 model doesn't turn into a noodle in a month, and hasn't had the edge problems that the 07s did.  There are a few people on here that ride 09 TNKs and love them(whoever has that superman icon is one of them) and have ridden them all season.

The biggest factor here though is that he is looking at 155s, which means he is very small, which means his skis aren't taking the weight of a full sized person... 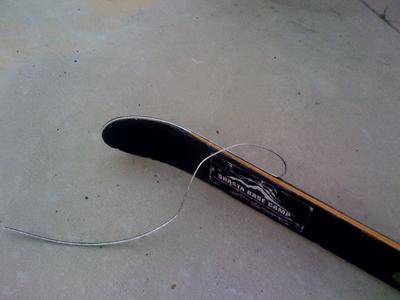 I'm sorry for posting this in every thread concerning 4frnt, but this is what happened to my TNKs.

They zippered out on several sides, along the length of the ski from the initial edge crack.  I am not worried about edge cracks whatso ever.  They happen when you hit rails.  Though I have never had an edge zipper out like this on skis that I did more rails on, and I know people that do a hell of a lot more rails than I, and it has never happened to them.  people lose peices of edges after a lot of abuse, but not the entire edge.

It is due to the construction.  They don't use flanges on the edges.  While some argue that it isnt important, it obviously is, or there is another aspect of their construction that is horrible and prone to destruction.

Either way, I would suggest a different ski.  They were fun to ski, but 4frnt as a company, I feel, screwed me.  I would have been a loyal customer had this not have happened.

I have heard of this happening to other people as well(with the TNKs), so its not just me

thank you guys all for the help!!

SHastatahoe
Posts: 3414 - Karma: 18
Karma: 18
Posts: 3414
Addict
They are the 07/08 skis.  When talking to 4frnt they confirmed with me that the only difference in design/construction between 07/08 and 08/09 skis was the new chip-proof topsheet.  Since I don't give a fuck about topsheet chipping I didnt care, and suggested that they change the edge construction.  You know, something useful.