sktrkdo7
Posts: 1920 - Karma: 182
Karma: 182
Posts: 1920
Insane
just browsing the interwebz cause i couldnt sleep and i come across this. very sad stuff, for all his shortcomings the  guy was a hardworking, dedicated man with noble intentions. RIP
http://news.yahoo.com/s/ap/20090826/ap_on_go_co/us_obit_ted_kennedy

Say hello to Mary Joe Kopechne on your way down.

Commonwealth
Posts: 3729 - Karma: 11
Karma: 11
Posts: 3729
Addict
Fuck you dude, show a little respect. We all know that you love to spew your conservative bullshit every chance you get, but keep your beliefs out of this thread.

dude was a persistent champion. 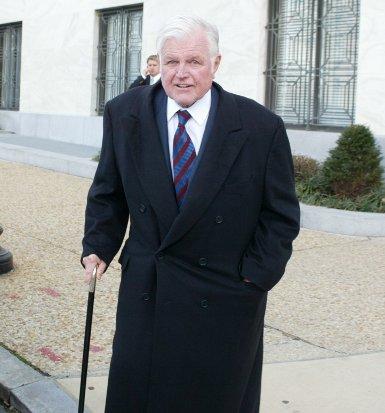 Thanks is needed to a US senator, with that much experience, with everything he has done.

TheButterHashira
Posts: 9687 - Karma: 1,667
Karma: 1,667
Posts: 9687
Crazy Fool
That is sad about his fight with brain cancer. I will refrain from any negative remarks about politicians, RIP

from what I've seen, teddy looked like a pretty darn good person.
we definately lost a great person.
RIP Ted.

we lost a strong man with the balls to stand up for what he believed in... a rarity in Washington, D.C.

Slinger1x1
Posts: 8853 - Karma: 63
Karma: 63
Posts: 8853
Crazy Fool
yeah RIP and all that
but he killed a lady...
it got sickening when every news station was on his cock, and i only heard one person have enough balls to bring this up.

your post was deleted again, but here's my response...

other than what you've been able to dig up about the shady circumstances surrounding the death of Mary Jo Kopechne in 1969, you clearly don't know much about Ted Kennedy.

He was working towards a health care system that, unlike Obama's proposed system, would have likely worked, he was a staunch supporter and advocate for women's rights, he fought tirelessly for abortion rights, he expanded medicaid to include children with special needs, he consistently fought Bush and kept him from fucking us over even MORE (fighting cuts in educational and medicaid spending), and was heavily involved with labor issues.

simply put, he did a lot more for this country than you have or ever will... with that in mind, i'm done arguing with you about it.

hey_dude_its_me
Posts: 1403 - Karma: 32
Karma: 32
Posts: 1403
Insane
like I said, he didn't do anything special. He was just a figure head of the democratic party, and that was based on the popularity of his last name. Of course he accomplished more than me, but I don't think he accomplished anymore than the average person would have accomplished given the same circumstances.

He wasn't a good person.

And don't ever, ever say I won't do anything for this country. I am majoring in engineering and after that enlisting into the Air force to hopefully get a pilot slot. I live in a family where every man has served in the military and fought for this country. What did ted do? Oh he had daddy make sure he didn't go to war, and then ran over some girl and killed her.

i should have added that i have ZERO respect for today's military and anyone who chooses to join, so that holds no weight at all with me.  good for you and your family- i couldn't care any less.

hey_dude_its_me
Posts: 1403 - Karma: 32
Karma: 32
Posts: 1403
Insane
hahaha, you really are just a crazyfuck who nobody should take seriously on anything, especially politics. At least you embrace it tho, I have to give you credit there.

Now enough of this crap. You people are pretty terrible excuses for human beings. Just let people say RIP, and talk about his failings with your conservative friends. Don't spam up an in memoriam.

The telephone rang in the deep hours of a dark night after a heavy day for our family.

My mother, affectionately known as Dodie, had passed away just a few hours after my father had passed, the two dying of independent causes.

The call -- the first that my wife, Karyn, and I had received from any of our friends or Senate colleagues -- was from Ted and Vicki Kennedy. That is caring and that is love.

Imagine being in Nantucket with your non-sailing sons with Ted, the master of the sea, skippering his beloved wooden sailboat over from Hyannis, asking the boys to jump aboard so he could take them on a harbor cruise and tell them a bit about why his brother John so dearly loved the United States of America.

He focused time and energy on the young and the importance their lives will play in meeting the challenges of today and tomorrow.

You see, in our lives Ted Kennedy was more than the legislative lion of the Senate.

He was the young senator I first met as a college intern in 1972 as he patiently found the time to lay out the fundamentals of universal health care to our summer class.

He was the proud stepdad who with Vicki beat Karyn and me to every afternoon high school baseball game while our sons played side by side.

And he was the masterful legislative colleague who never sacrificed his liberal principles standing for the everyday person as we joined each other on the health committee as respective co-chairmen to write and pass bills on health care disparities among the poor, emerging infectious diseases such as HIV and avian flu, and preparing the nation and the world to fight bioterrorism.

His death is a loss not just for Massachusetts and the Senate, but for all of mankind.

Turner.
Posts: 1981 - Karma: 11,857
Karma: 11,857
Posts: 1981
Insane
I didn't see what you wrote in your earlier posts but from what I can tell, if you brought up the death of mary jo kopecne that was the reason.
it's not that I don't agree that what happened that night was a tragedy and that sen. kennedy may have acted irresponsibly, this thread was made to remember him as a great man, not to point out his flaws.
Aug 27 2009 3:16PM 0 0