"For those of you who don't know, "afterbang" is the act of trying to make every trick look as if it's so easy that you don't even need to try it in the first place. Originally it was confined to the landing of jumps, but over the last few seasons it has leaked into every aspect of the sport. Jumps, rails, halfpipesâ€”none are safe from the threat. What started with a few isolated cases has spread like wildfire throughout the snowboard community. Grown men, women, and children alike have been spotted "banging." Being the concerned folks that we are, and seeing as the "real staff" doesn't seem to care, we thought it was our job to let you know what to look out forâ€”so you can avoid it. Good luck.

Prebang is most visible when hiking is in order. It usually starts innocently enough with strapping in and wiping the snow off your butt or jacket, then moving into a full-blown bang with the goggle check and pants tug into a topsheet sticker-stoke wipedown followed with a deep, "I'm about to do something gnarly, check me out" breath, (actually saying it could destroy the whole nonchalantness the bangee is going for in the first place).

This is a hard one to pull off, but nonetheless it's tried often. Midbang in most cases takes place right before the lip of a jump. It can go one of two waysâ€”during approach the rider will: A.) Limit all arm movement to adjusting headphones and/or iPod (Walkmans are so 2002), making it look as if they don't even care that there's a 100-foot gap bearing down quick, or B.) The exact oppositeâ€”winding up, making sure the chicks/dudes chillin' park-side are fully aware of the schralpitude of what is about to go down.

The stunt part has been pulled, so now it's time to let bystanders know just how easy it was. In most instances this is achieved by letting the whole upper body go limp, as if there wasn't a bone left in from the waist up. This alerts the crowd to just how relaxed the rider is. With that comes letting the knees go as if both were hit from behind with a lead pipe. In extreme cases there's monkey-like arm swinging.

This occurs when the shredder in question tries to get away with afterbanging more than twenty feet after a jump's landing. Do not, we repeat, do not try this under any circumstances. There is nothing pretty about this. It looks more like a pee-shiver than style, making all efforts put in to the jump null and void."
Sep 2 2008 8:12PM 0 0

jimmer
Posts: 3586 - Karma: 77
Karma: 77
Posts: 3586
Addict
i've never seen one of these threads accomplish anything. ever. yet people still have the same arguments in them.

I've read this thread before, it has been made. We've all read about the phenomenon of afterbang. If you want to know about this stuff, go visit NS's very special friend: SEARCHBAR. Until then, fuck off.
Sep 2 2008 9:18PM 0 0

i think its really funny and the thought alone of why people would after bang it.. gives me more of a reason to want to aftabang it.

=----=Are they skiing alone or with friends? 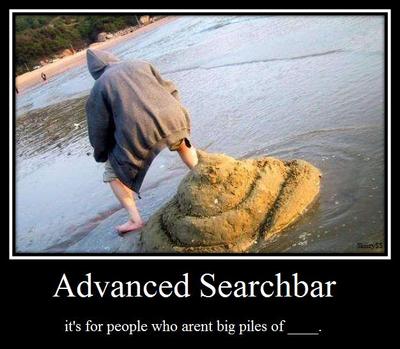