MSP, and the PURSUIT of EPIC

Well, apparently hating on msp is huge these days, so I want my turn.
First off, I must say that some of the shit in this trailor is like, the sickest thing I've ever seen. That rodeo 5 for instance, makes me almost urinate, as does some of the lines that were straightlined.

However, MSP showcased this in such a way as to make my eyes bleed. I don't even...no, I don't understand how you can make skiing so sick, look so overshowcased, into something it's not, to the point where the overglorification just ruins the shot.

observation 1) msp's site looks like it's the webpage for a video game
2) the shot in quicktime (as I'm waiting for it to load)looks like it's of a fucking rocket ship.
3) they ripped the font off of every child's scary story book ever.
4)there is a dragon claw on their title. I don't think I need to elaborate on this.
5) the intro itself made me think I just downloaded the polar express.
6) i've seen these time lapses, I swear to god.
7) they used a snow covered buddha because they suck at documenting the actual culture of an area they visited, so do the most cliche thing ever.

8) three seperate levels of zoom for the same statue.
9) unidentifiable skier standing in the woods for who knows why = not creative lifestyle shot. Sorry guys, that was quite a number of years ago when that was considered "fresh", or even "interesting"
10)hahahaha!!! ZOOM IN of the step into bindings!
11)unnecessary slowmotion drop in to the pipe.
12) !!!! followed by foreground FOLIAGE!!!!
13) chairlift shot from far away.
even though no self respecting big budget company travels to use said chairlift. but would undoubtedly go build some big booter somewhere.
14) "lifestyle" shot of some asian lady, because apparently mocking other cultures is hawt shyte these days
15) sick seven, however, in slowmotion to the point where its distracting
16) helicopter circle two people give each other highfives!
17) really sick line (from a heli though. from the most basic angle i've ever seen. on the most obvious line ever.)
okay. that snowman destruction was actually pretty sick.
18) pointless shot of a female skier not skiing.
19) switch double backflip, in slowmotion, from a helicopter, blocking out the sun.
20) slowmotion to the point where i thought my computer froze
21) the pontoons look like flippers.
22) hurricane off of bridge
23) ok, mark abma actually jsut did the sickest 180 ever, but the lead in was a super rushed 1080, that they definitly should NOT have slowed down, because it makes you realize that it shouldn't have made the trailor.
24) one of their sponsors is subaru
25) voice over on the outro to "get you pysched"
26) did i mention this looks like the outro for the polar express?

JBird
Posts: 231 - Karma: 41
Karma: 41
Posts: 231
Loner
Dude, I was thinking a lot of those same things especially about the intro. It seemed like they were trying way too hard to be "artsy" like many of the smaller production company films from last year. I also had the feeling while I was watching that they were biting other company's styles like the foreground foliage and the whole soul aspect of TGR. Their website and opening also reminded me of an old Crusty Demons of Dirt motocross video.
Jun 8 2006 11:31PM 0 0

1.slowmotion drop in to the pipe was sick...u could here the skis against the snow really makes u appreciate the drop in
2. Nothing wrong with subuaru being a main sponsor
3.Get a better comp
4. chairlift shot is sick
5.pontoons are money
6.ZOOM IN of the step into bindings - gets you psyched for whats comin up
Ya i think thats it and yeah polar express for sure 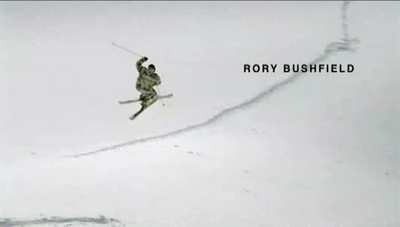 spere
Posts: 6105 - Karma: 242
Karma: 242
Posts: 6105
No Life
hmmm, I have to disagree
the unidentifiable lifestyle shot is Eric Pollard
the "super-rushed" 1080 was smooth, not to mention FIRST HIT
the big mountain lines were DOUBLES which is a lot harder because you have to worry about the other person's line and their slough, not to mention your own
I could continue but I belive I have cleared up enough
Jun 9 2006 12:34AM 0 0

I'd also like to quote you "First off, I must say that some of the shit in this trailor is like, the sickest thing I've ever seen. That rodeo 5 for instance, makes me almost urinate, as does some of the lines that were straightlined."

Thats what the goal of a trailer is to have kids say "some of the shit in this trailer is like, the sicket thing i've ever seen." the rest of your complaints are fairly trivial. get over yourself.
Jun 9 2006 12:39AM 0 0

Carter23
Posts: 1722 - Karma: 13
Karma: 13
Posts: 1722
Insane
wow. you kids don't even understand that MSP is the entire package of skiing in one movie. The bandwagon effect is so played out in this aspect... Maybe you don't like all the slow mo shots but when it boils down, no one makes a movie with this much content, travel, and sick shots. Bushfields 1080 was so sick, and the way it was shot was even bettter. Everyone complains about these movies, when half of you probably couldn't even make a short video clip of yourself sliding rails in your home mountains jib park. peace.
Jun 9 2006 10:28AM 0 0

crooks
Posts: 14690 - Karma: 662
Karma: 662
Posts: 14690
Crazy Fool
i thought it was awesome, the only things that i didnt like were the into/outro, and the slow motion. i also thought they could of done without a few of the lifestyle shots, especially of the one falling over. i didnt get that.

A well put together trailer in my mind, and yes the pipe dropping in shot was almost carbon copied from Exact Science
Jun 9 2006 1:38PM 0 0

And every MSP movie that I've seen has sucked, as the trailers do, but this is the first trailer from them that I've liked. I'll bet the movie is still going to suck though.
Jun 9 2006 2:59PM 0 0

ski8990
Posts: 5961 - Karma: 18
Karma: 18
Posts: 5961
No Life
I agree that slo mo is good sometimes, but they totally overdo it. As for their angles being different...yeah, maybe last year, nope. the year before that? maybe. Its the same shot every year. That said, I thought it was a decent trailer with great skiing.
Also, there is nothing wrong with subaru being their sponsor. My friends dad is actually the one who instigated that whole relationship and he is a cool dude, a great skier and actually does care about skiing. Those of you who went to the burlington MSP premier can thank (or blame) him for putting it on.
Jun 9 2006 6:47PM 0 0

lalalalaura
Posts: 6753 - Karma: 54
Karma: 54
Posts: 6753
No Life
for the definition of being an asshole, maybe you should continue picking on kids not yet out of highschool, who are genuinely doing this out of love, and who have more of a future in this industry than you ever will... really sweet card to play buddy.
Jun 9 2006 8:06PM 0 0
All times are Eastern (-5)