The 2022 Tyrolia Attack 17 GW, a park skiing binding. A preview of Tyrolia's most solid binding, plus weight and full specs. 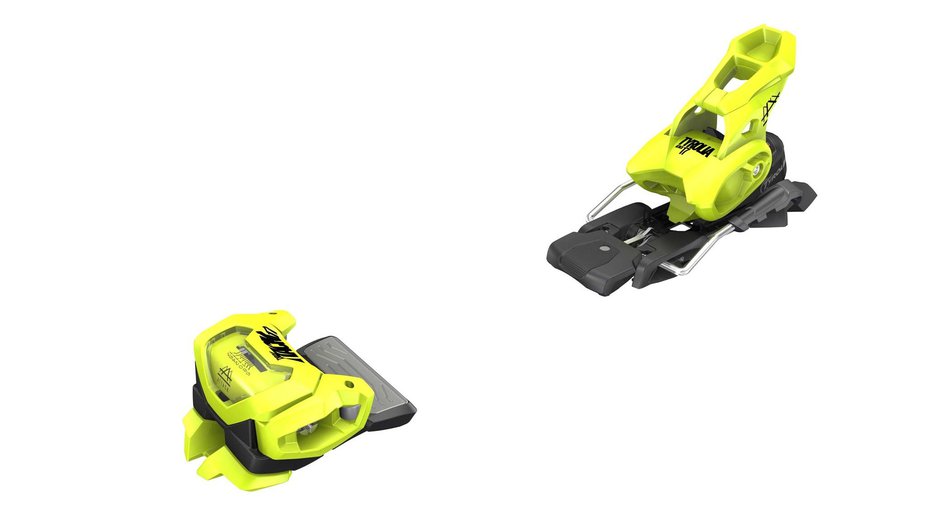 As the saying goes, opinions on bindings are like arseholes, everyone has one. And everyone has their reasons too, but my favorites have long been the Attack series. Previously a 13, 16, and 18 were offered, which has now been simplified to just two bindings, the 14 and the 17. The toe has been tweaked and there are some other small improvements but by and large, the bindings aren't a huge change from previous models. I have the 17s but could ride the 14s equally happily.

As was the case with the previous models, I prefer them to other options because they are so simple, solid and light... oh and the heel pieces don't rip you a second arsehole if you land backseat (unlike the Griffon/Jester/Pivot). Simplicity means, there isn't much to go wrong. The only manual adjustments are forward pressure and toe height and both are really easy (unlike STH which has fiddly wings), they are super easy to get into in awkward spots (unlike the FKS/Pivot), the important components of the heel on the 16 are all metal and as such I have had no issues with durability thus far. I find the release super consistent and reassuring too compared to other bindings.

They do retain some of the old downsides too though. The brake screws directly into the ski, which means if you have an issue with them, you need to take the heelpiece off. That could get really annoying if you snap a lot of brakes, but I don't personally. The new Tyrolia brakes seem to bend pretty easily but not break, and they also bend back happily enough.

The Attack series also need mounting more precisely than some other bindings, because the forward pressure is set by moving the heelpiece along a stepped track. That means if you don't mount accurately, it can be impossible to get forward pressure set perfect. You'll always be well within the tolerance range on the Attack but being a little off plays with my obsessive nature.

For me though, these quibbles are far outweighed by the positives and I find them the most user-friendly day-to-day option by some margin. I hate struggling to get into my bindings in pow, never an issue with Attacks. And I love how light they make my skis feel. It's also a plus that, in Europe at least, they can usually be found cheaper than the competition, and the minor upgrades on the 14 and 17 make them an even more attractive proposition. - Twig

Compact, rugged and reliable, the Attack 17 GW binding is the binding of choice for pro-level freeskiers. The binding is supremely versatile and ready for use in any terrain. All Attack bindings offer the FR PRO 3 toe, improved stability, and an updated heel design. Now the heel can be adjusted faster and in an open position. Additionally, the binding comes with an improved AFD which reduces friction and guarantees constant release values. The Attack binding line is compatible with adult Alpine (ISO 5355 TYPE A) and adult Walk ski boots (ISO 23223 TYPE A). Thanks to the improved AFD, it easily adjusts to different boot sole heights. The optimal height adjustment needs to be tested with a testing device for exact adaptation of the boot-binding system and better on-ski performance.