and that joke about perequation coming from halifax is like a fat chick telling you you're ugly.

beauchamp
Posts: 662 - Karma: 1,179
Karma: 1,179
Posts: 662
Ridiculous
To start off, we have what we call here the "Statut-Quo" wich means that on a regular basis 35% of the quebec people would say yes if they would be asked if the would like independance. So first off the video is wrong. i'm a quebecer , and proud to be , however i'm not for independance. Plus, as said above, Marois' campaign isn't going really well... In addition, the video is absolutely wrong, it's canada that was kneeled faced to quebec in 1995 and promised to reopen the constitution and many more things (wich did not work) so let's be real, that shit isn't even close to be true.
Apr 1 2014 9:22PM 1 0 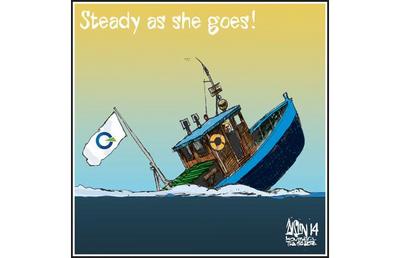 DasGoatenshafter
Posts: 580 - Karma: 307
Karma: 307
Posts: 580
Ridiculous
Its 22 minutes. Of course it doesn't tell it how it is. It pokes fun and exaggerates certain points so that the anglo viewers have a laugh. Quebec is dependent on the rest of Canada more than many care to admit, and Canada wouldn't be whole without Quebec. All the talk of separation helps keep perks coming into Quebec so they don't leave. The same way girls will dote over you if you act like you don't care so much about them.
Apr 2 2014 11:18AM 2 0

That girl's accent, a thrue Quebecer right there. This video is retarded.

J-C
Posts: 1138 - Karma: 3,644
Karma: 3,644
Posts: 1138
Insane
The major difference between Quebec and the rest of Canada is that Quebec was first colonized by France which then lost war to England and had to give them territory. This is why many french people from Quebec do not identify themselves to the rest of Canada that was later colonized by England. Canada still as link to England ,the proof is on our 20$ bills, and most French people do not want to have anything to do with England because they caused a lot of trouble in Quebec when they deported the Accadiens and when they invaded Quebec and siege Montreal. It's not a matter of how people from one nation are different from another it's because we have a different origin than the rest of Canada.
Apr 2 2014 4:47PM 0 0

The Natives were the first to settle there. Then the French kicked their asses. Then the English kicked their asses. Then at some point the English gave the French a choice between some sugar rich island in the Caribbean or Canada and the French decided to give up Canada over some shitty island. That's the way she blows. It's one country with hundreds of origins. Should the parts of the prairies with Ukrainian origins become a country? Should every Native land become it's own country? Should Newfoundland be returned to the Vikings? (not that they stayed there)


Also Acadians are distinctly different from Quebec and were from the Maritimes. The British kicked them out of the Maritimes, not Quebec.

Don't know why you'd care about that though, the Quebec don't seem to take kindly to Acadians. Nor to Franco-Ontarians. In fact it seems like Quebecois don't like any French speakers other than themselves.
Apr 2 2014 6:00PM 2 0

corona
Posts: 12282 - Karma: 27,294
Karma: 27,294
Posts: 12282
Crazy Fool
Also I don't see how everyone is forgetting that this is not the US. A province can't just separate. It's actually written into the constitution, so no matter how many referendums they have it really won't matter at all unless they can back it up with military might to declare themselves sovereign. Unless you rewrite the constitution, but that need consent from the House of Commons, the Senate, and at least 7 provinces with over 50% of the countries population.

J-C
Posts: 1138 - Karma: 3,644
Karma: 3,644
Posts: 1138
Insane
We actually don't really learn anything other than the history of Quebec and I deplore that and I mentioned Acadians because some of them settled in Quebec but I do agree with you that Quebec should not separate I was just mentioning why i thought that Quebec find themselves different from the rest of Canada
Apr 2 2014 6:40PM 0 0

beauchamp
Posts: 662 - Karma: 1,179
Karma: 1,179
Posts: 662
Ridiculous
No, (all your other points are right except this) yes for the first 10-15 we would be poor as fuck because the companies would be afraid to invest in a such unstable first steps of freedom. However once we get comfrtable and that companies see that we are financially stable, they would start knocking at the door again. Just a reminder, i'm not separatist i just expose what it is. Here we have the hydroelectricity, wood for everyone, mines of quartz and many more, and the north of quebec who remains unexplored and full of water for electricity etc, we are ranked #2 worldwide for paper making and we possibly have oil on the Anticosti and in the St-Laurent.

However, in my opinion, we will not separate untill loooong time. Also, i'd like to refresh some's minds about the fact that almost every province has a slight pourcentage of sepraratist mentality. Remember a couple years ago when the "Free the west" mentality was kind of getting popular in western provinces? And when some people of the west said "If quebec leaves, we will leave short after them"? (obviously now that Stephen Harper has settle things down and calm that separatist movement it's gone) Almost every province has something against ottawa. let's just take newfoundlands real quick who were robbed their fish from their waters in the 1980's if i'm correct. Ottawa didn't took care of the fishes and how much was getting out of the water. So now , newfoundland is left with a big hole in their economy. Everybody has something against Ottawa but some quebec people takes it way to seriously.

So many people are scared of Marois getting elected and getting a majority, strategically talking, making a referendum on this isn't a good idea. 35% are for separation would possibly climb up to 40-45% if they were elected (because yes some people elect Marois for other ideas than just separation) to make a referendum you have to have at least 60-70% of yes because they don't want to separate with a small 51%, hell no it would make this shit even more complicated than it is now! So calm the fuck down it's not going to happen.
Apr 2 2014 6:54PM 0 0

Oh I fully realize it will never happen (hence my post you quoted).

But speaking in hypotheticals, no, Quebec would fail miserably if they were an independent country. I mean they're barely holding on as it is with nearly $20 billion a year heading their way from the federal coffers.
Apr 2 2014 8:13PM 0 0

beauchamp
Posts: 662 - Karma: 1,179
Karma: 1,179
Posts: 662
Ridiculous
. I don't want to start a big debate , you have your opinion and i have mine but yes the perequation would obviously hurt quebec a bunch at the start. Plus they have debts to pay. But let's take it wide. Politicians don't see the short terms effect like 10-15 years ... even 20! they take it for the future. They sincerly see that one day, quebec will live by its culture , free of anglophones (wich i would like to emphasize that i am totally against) and be an example of freedom.
Apr 2 2014 8:57PM 0 0

steezbox
Posts: 1361 - Karma: 563
Karma: 563
Posts: 1361
Insane
QC politics is a total shitshow. I honestly don't feel represented by any of the parties at all, but as always, I'm going to vote just so the one I hate the most doesn't win.
And I haven't been in High School for a while, but yeah, last I remember, history class was some borderline propaganda surrounding the great Quebec nation and how multi-cultural it is nowadays. Oh the irony.
Apr 2 2014 10:00PM 1 0

DasGoatenshafter
Posts: 580 - Karma: 307
Karma: 307
Posts: 580
Ridiculous
But seriously guys, at the end of the day warm Labatt's 50, and 60 packs of Canadian for a dollar a beer aren't so bad, and neither are the crazy Quebecois who provide such treats.

theabortionator
Posts: 45765 - Karma: 95,095
Karma: 95,095
Posts: 45765
Basement Dweller
Canadian beer is so stupidly over priced. You have to be rich to be an alcoholic in that country. I'd have a fucking moonshine still if I lived there.

pfft about politicians not seeing short term. That's ALL they see 4 times out of 5. Especially our current government who is entirely about short term development, screw long term sustainability. We can make a few billion now selling the bitumen sands to the Chinese or we can make far more over the course of the next 50-100 years recovering it ourselves, creating our own jobs, and selling the product to the Chinese. They definitely looked into the future with that decision.


And on the note of freedom. There are some striking similarities between Quebec's fascist laws and those which were the start of Nazi Germany. Fucking fascists.
Apr 3 2014 12:30PM 2 0

corona
Posts: 12282 - Karma: 27,294
Karma: 27,294
Posts: 12282
Crazy Fool
It starts with appealing to the majority group and trying your hardest to make them believe they are indeed superior to all other groups, then make them believe the minority groups are against them and trying to destroy their culture and identity. Exactly what the PQ works towards. Doesn't it almost make you wish that crazy dude last election actually succeeded in filling her full of lead?
Apr 3 2014 12:34PM 0 0

Drail
Posts: 13809 - Karma: 8,383
Karma: 8,383
Posts: 13809
Crazy Fool
It's not consistent across the country. Quebec is 'cheep', Ontario has some 'cheep' beers. BC has the highest prices for alcohol in the country. It is tough being a heavy drinker in BC, but I've gotten used to the prices. It's around 2$/beer for cheep beer, and around 3$+/beer for nice micro brews.

Even with the expensive price tag, I think BC is rated as the province that drinks the most.


And as far as the topic of this thread goes. Not once in my life growing up in Canada have I ever actually considered Quebec separating something that would ever happen. It's completely idiotic, irrational, and scandalous.

That being said - long live Cascadia!!! Seriously though, the first world should be concentrating on ditching national borders and unifying as a truly global society, not being close minded ass holes trying to distance ourselves from those near us. Very counter productive.
Apr 3 2014 1:45PM 0 0

ilikefood
Posts: 391 - Karma: 769
Karma: 769
Posts: 391
Loner
I feel exactly the same.
As some one from Vancouver who lives in Montreal for eight months of the year to study, I honestly don't feel as though I should be allowed to vote in the Quebec election. I have little experience with Quebec values and culture and have very little knowledge of their political scene.
If I did vote, I would only vote because my BC bias makes me hate the PQ and I want anyone but the PQ to win. This bias doesn't really reflect a Quebecer's perspective, as I would be voting with national intention, rather than provincial intentions, thus making my vote in Quebec's provincial election completely void.
Apr 3 2014 1:45PM 0 0

MNS
Posts: 5384 - Karma: 3,201
Karma: 3,201
Posts: 5384
No Life
Haha this movement for a sovereign state is fucking dumb. Hey parti quÃ©bÃ©cois, where did your 7.8billion in annual equalization payments come from? As such a small nation, how would you project your interests worldwide?

Is it worth it to be the bitches of the international arena in order to achieve some petty cultural homogeneity?