Anybody know where I could make some extra money online?

p.hawks
Posts: 2832 - Karma: 581
Karma: 581
Posts: 2832
Addict
I've made about $25 doing random surveys. Takes a while, and you don't qualify for all of them, but you can easily get $5 for a quick one. Haven't done it too much in a while, but he link is in my sig (surveysavvy). It is a referral link, but it has worked decently for me. I have a google adsense account, but I have been way to busy with work/injured for a while to make anything worth using adsense for. There is another one too for review music, I'll see if I can find it. The more songs you review, the more you earn for each, starts out at around $0.10 per review and goes up from there. Takes less than a minute for each review and you can find some cool music. I'll have to look for the link
Apr 1 2014 12:08AM 1 0

How are you and your family today? I hope that you are all okay? I found information about you and decided to contact you for an important assistance. I am Michael Nkomo a citizen of Zimbabwe, but I am writing from Canada.

I am the only son of Kenneth Nkomo, a wealthy farmer and senior politician with the opposition political party in my country, Movement for Democratic Change [MDC]. My father was murdered by our wicked President, Robert Mugabe and I fled my country because I have become his next target to eliminate.

My father was a fighter for Justice and a moving force in the MDC, a part wanting to end the several years of brutal dictatorship government of President Robert Mugabe. You will read more stories about President Mugabe's brutal acts by visiting this web sites; http://www.rte.ie/news/2000/0418/zimbabwe.html

My father was accused of Treason and also assisting the White farmers in fighting the government. Few weeks after his arrest, he was reported dead. The government claimed he died of heart attack and his body was never seen for proper autopsy, they buried him in the government cemetery. My father's associate Mr. Martin Olds a White farmer from
Britain assisted me in fighting my father's death through the Court and media; he government saw us as a big treat to them and decided to eliminate us. Mr. Olds was attacked and murdered in his house, but fortunately, before they came looking for me, I received the news and I had to flee through the border to South Africa to save my life. My arrival here in Canada still remains like a miracle to me.

Here, is my reasons for contacting you, I need to bring my family and that of Mr. Olds out of Zimbabwe as soon as possible before any more harm is done on them. I am having a huge sum of money in the total sum of $18.6Million presently hidden in a safe place. My father kept this money in in two trunk boxes in disguise as family treasures and could not bank them, because of the situation in my country. My father's business, farms and banks account were seized by the government before his arrest and murder.

He told me everything concerning the funds while he was still in detention and I have made several arrangements concerning the shipment of the boxes out of my country because we cannot invest it there. I was on the process when I fled the country. I need your assistance in securing the funds here in Canada or in your country, so that I can arrange for my family and that of the Olds to join me here in Canada. I am willing to offer you 20% of the $18.6Million for your assistance. Please, let me know if you can assist me, so that I can give you more details on how we shall proceed. As I wait for your urgent response, please treat this information as top secret and send your phone number so that I can speak with you. Thank you and God bless. My mother is aware of my plans, as I am sending her copy of this letter.

attempt to make hilarious youtube videos and profit off ads.

TNORTS
Posts: 2073 - Karma: 2,713
Karma: 2,713
Posts: 2073
Addict
If you are a decent writer you can try to write some pieces for amazon's mechanical turk. Usually any of the jobs that involve writing like 100 words or more pay at least a dollar. If you think you can bang out some creative writing for product descriptions I would give it a go. Doesn't seem like a bunch of money but if you do it right it can add up.
https://www.mturk.com/mturk/welcome
Apr 1 2014 12:31PM 0 0 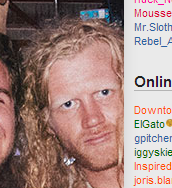