Sharted my pants at windells...

butterstickinc
Posts: 716 - Karma: 386
Karma: 386
Posts: 716
Ridiculous
so one sunny morning at windells i was ripping some dank ass, STRAIGHT FILTH!  My group decided they wanted to take a Palmer lap and i was down with that.  So we get to the lift line (which was long as fuck with a bunch of ski racers in it) and i felt a nice fart coming so i gave a little push and BAM fucking shit in my pants.  My mind was racing like hell. like what do i do? My group was getting close to the front of the line but i knew i was not about to sit in shit filled pants on the chairlift because that would make the situation 100x worse.  So i yelled to my ginger coach, "yo im gonna go use the bathroom ill meet you guys up at the top."

So i find a port a potty right to the side of the lift get in the port a potty and look at all the gear I have on and just think fuck if i have to take all this stuff off its going to take forever.  So I put both hands in the little weiner hole and ripped the boxers off.  Luckily all the shit was contained in the boxers so i was gucci.  Also i was lucky because they were those shitty American eagle boxers with the white stretchy fabric around the top.  Anyways i got a clean rip of the fabric right off the stretchy fabric.  Then i just left the shit filled boxers inside the port a potty next to the shitter hoping that some little ski racer girl would set her helmet on it.

rode the rest of the day but naked in my snowpants with the american Eagle band riding up my chest.

Moral of the story, if you gotta shit while waiting in the palmer line dont let a fart slip, it could be a tragic experience.....

Xanadoo
Posts: 729 - Karma: 1,233
Karma: 1,233
Posts: 729
Ridiculous
youre lucky it happened in line for the lift.
happened to me when i was 13. I was heading up the lift at the end of the day with my dad and my dad asked me how i was feeling. my stomach had been a little off for an hour or so and i told my dad "this is gonna be my last run"
no sooner had i gotten off the lift then i decided to rip ass with catastrophic results. i shat my pants. a lot. it worst run ever, including the times i have concussed myself and the time i sprained my ankle. i had to ski down the whole run with dookie running down both my legs. had to throw out the undies, the long underwear and my socks. was able to salvage the snow pants. boots smelled like shit a week
moral of the story: never FUCKING EVER call last run. EVER
inb4 pics or it didnt happen
Mar 30 2014 10:00PM 28 1

butterstickinc
Posts: 716 - Karma: 386
Karma: 386
Posts: 716
Ridiculous
I wish i took pics seriously the funniest shit i have had happen to me. Only proof I got is probably some little ski racer telling his or hers parents that there was boxers filled with shit in the port a potty. And the fact that i showed everyone the american eagle waist band around my chest. hahaha 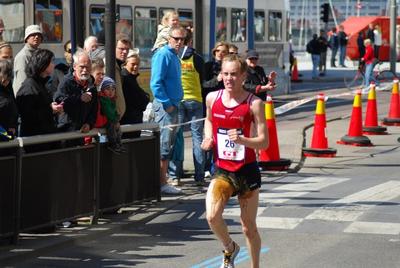 you mean the port o potty company that they pay to take care of it? well then yes they do..

Peter.some girl shit her self on the dance floor of a party freshman year here

why u trippin bae?

connecticuntWhen I was in the 5th grade my brother was in kindergarten and I we would see each other at recess. I was a fucking terrible older sister and loved to fuck with him so I would tickle or punch him in the gut to make him shit himself. I was able to do it 5 times before being suspended.