New gear: What kind of gear are you guys buying?

Teams: what are your favorite teams? Who's gonna win it all this year? What team are you playing for?

Other: just what ever else you guys can think of related to lacrosse.

Wheaty214
Posts: 1687 - Karma: 843
Karma: 843
Posts: 1687
Insane
Last year we got 6th in State in Minnesota, no one in my town has made it past the second round of sections so it was a pretty big deal to us. We got killed by Eden Prairie in the first game something like 3-16 and I happened to have two of those goals against an All-American goalie. /claim
But this year it's looking like we're going to be in complete shambles. We lost our best goalie because he graduated and the current one(the only one that has ever played before) has been on and off about playing this year. His parent's are forcing him to play because they've put a ton of money and time into him going to goalie camp's.
I'm a senior captain and I'm the top lead scoring middie, earlier this week my coach called me and told me I needed to get goalie stuff and start practicing. He then called me the day after and told me our goalie was going to play so I am off the hook for now. Honestly, I rather have me playing goalie because I know our's isn't going to try at all.
So that's our situation right now.
Mar 15 2014 11:03AM 1 0

.Rybak.
Posts: 9017 - Karma: 9,838
Karma: 9,838
Posts: 9017
Crazy Fool
Just started playing this year as a junior. Play for Duluth Chargers in MN.
It's pretty much a club team because it's all of the schools around the duluth area besides for proctor now.
Just bought some brine superlight 2's so i'm pretty stoked on that. I just want to ski right now because lax has taken up my entire spring break.
Mar 15 2014 11:33AM 0 0

Been stringing up sticks for my teammates and making bank. Gotta buy a new hammer as a backup.

Stadtski
Posts: 972 - Karma: 3,341
Karma: 3,341
Posts: 972
Insane
aha nice. we have pro7s that are just blue with white chin piece. We just got some dope blue and white and gold nike uniforms. I play middie and some LSM, i snapped my long pole though so i may buy a new one or just stay with short stick. I play for falmouth in maine. we used to be the best in the state by far but this year we wont be very good because we graduated a ton of kids. our season starts the 31st.
most of all...
...crooked arrows makes me tear up. 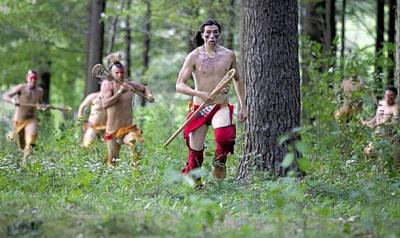 YoungJ
Posts: 446 - Karma: 907
Karma: 907
Posts: 446
Ridiculous
Senior year. Ive had all my equipment since freshman year minus a head i bought sophmore year. D1 rhode island playing for North Kingstown. Our Pro 7s are dark gold with black stripes. Are black jerseys are ok but we are getting new white ones this year. We probably wont win the championship but i love lax and i hope to play at montana state next year
Mar 21 2014 10:49PM 0 0

Wulfty
Posts: 344 - Karma: 1,873
Karma: 1,873
Posts: 344
Loner
Our head varsity coach sucks dick. It's his 2nd year coaching, and when he first came, he made us drop ~200 bucks for new everything, then this year he expects us do it again. The helmets he made us get are complete shit (Warrior TII's). He got pissed off at the booster club and dissolved it, so it doesn't exist anymore. Pretty much everyone hates him, and especially so in the junior class, because he has more freshman and sophomores on varsity than upperclassmen. The best part is our team still blows dick. We went 4-9 last year, and so far are 2-3 this year.
/rant
Mar 24 2014 2:26PM 1 0

Stadtski
Posts: 972 - Karma: 3,341
Karma: 3,341
Posts: 972
Insane
yeah our coach is a dick. this year hes coaching both colby college and our team, and each year the jv and assistant coaches quit because they hate him. all of the refs hate him so they are always biased against us which is really fucking annoying.
Mar 25 2014 7:47AM 0 0