Some pretty impressive photography coming out of there eh?

theabortionator
Posts: 47293 - Karma: 111,288
Karma: 111,288
Posts: 47293
Basement Dweller
Yeah somebody posted a few slop pics in the sochi slope thread. I'm not in any way a photographer. I don't really know shit about cameras but damn I can frame in a pretty nice shot. You could have all the skills in the world but if you take pictures like that they're going to suck.

filthjibber
Posts: 11 - Karma: 42
Karma: 42
Posts: 11
Newb
Basic lenses? hmmmmm not sure if you're familiar with the Olympics but every photographer has access to anything in this room for the duration of the games.
http://petapixel.com/2012/07/31/canons-drool-worthy-gear-room-at-the-london-olympics/
Feb 5 2014 12:56AM 0 0

Mordecai
Posts: 620 - Karma: 392
Karma: 392
Posts: 620
Ridiculous
With woodsy's you have nothing besides him and those fuzzy treetops, nothing in the background (flat blue), no view of the lip or the ground for any sort of reference. He could be hitting a big kicker, a lil booter, or a quarterpipe for all we know. that ambiguity is poor photography.
Feb 5 2014 2:33AM 2 0

I_Do_Aerials
Posts: 110 - Karma: 441
Karma: 441
Posts: 110
Pro
These are purely taken for media use, which doesn't mean "show newschoolers how big the jumps actually are"
gif unrelated 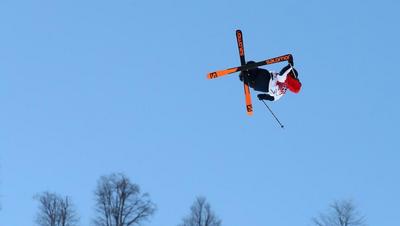 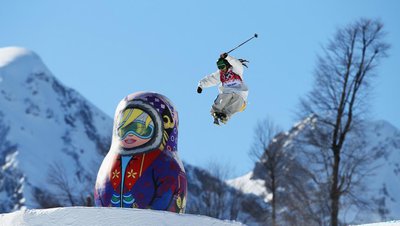 DrZoidberg
Posts: 5581 - Karma: 3,315
Karma: 3,315
Posts: 5581
No Life
It's like when newspaper photogs shoot skateboarders at a skatepark opening. You get a tightly framed, awkwardly timed shot that shows some kid halfway through his ollie, before he sucks up the tail and makes it look good. Like the one of whoever straight air speed testing the jump. Wow...
Same here. Tight shots of skiers in the air with no context or composition and weird timing. Being a skier or being extremely familiar with it helps a ton when shooting it. Same goes for skateboarding.
Feb 5 2014 9:17AM 4 0


I really want to learn more about photography at some point but I really don't learn well from reading things. Would have to just try shit and fuck around or have somebody show me a few things.

DrZoidberg
Posts: 5581 - Karma: 3,315
Karma: 3,315
Posts: 5581
No Life
That is true. They're not their to stage a photoshoot, they're there to take pictures of skiers flying through the air and put them on the internet. They might not know anything about slope, or half the other events going on there.
And quite frankly, neither does most of the audience. Besides us, who knows about slopestyle skiing? People see it at the x games as that thing before snowboarding, maybe? They don't know what they're looking for; they just wanna see people go flying through the air and that's what the photogs delivered.
It happens all the time. Photographers go and take pictures that purely cover stuff. They're not always great pictures, but they convey the message that we ski off big jumps. They're trying to convey a message. Not impress the audience with a stunning composition.
Of course, to them it's likely perfectly logical that by not including anything in the photo besides the skier, it might make them seem like they're very high above the ground. Showing the jump might not make sense to them. They're there to capture the action.
I could be entirely wrong too but...Also quoting is being dumb so I just quoted that.
Feb 5 2014 12:24PM 1 0

There should be professionals who know what they're doing with something of this scale. They deserve to be called out for sucking at the task on hand.
Feb 5 2014 12:44PM 13 0

DrZoidberg
Posts: 5581 - Karma: 3,315
Karma: 3,315
Posts: 5581
No Life
This is what i don't get. I mean, the photog committee must at least sort of know what they're doing. Perhaps they know that people specialize in shooting stuff? Why not call in the best ski, snowboard, curling and whatever photogs in the game to shoot who are supposed to be the best athletes in the world?
It would yield much more impressive photos than handing all their guys a 500mm lens.
Also I sincerely hope somebody specializes in shooting curling. Like I wanna see a shot with five flashes, fisheye, everything.
Feb 5 2014 12:55PM 8 0

Microcosm
Posts: 4763 - Karma: 140
Karma: 140
Posts: 4763
No Life
Nailed it on both your comments. I don't even think this should be that hard for a typical sports photographer to grasp.
I can understand difficulties with timing if you're not familiar with this type of skiing, and who is? But these shots where they appear to be hanging in midair with no context other than a far out mountain peak are pretty amateur.
Hopefully this is a practice run.
Feb 5 2014 1:55PM 0 0

I think its also pretty easy for an external person to not get the right shot. You may not understand that the coolest moment is when the athlete taps the jib with their tails, or that the pinnacle of the grab is the best spot. If I was to walk into a horseriding show (or fuck yes curling) I would have absolutely no idea what is cool and what isn't.

I do think with the billions upon billions of dollars being spent, it'd be nice to spring for a good photog or two for each sport.
Feb 5 2014 2:02PM 3 0 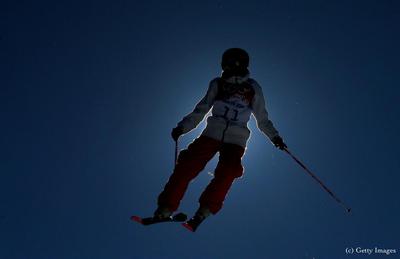