jkauffman22
Posts: 2592 - Karma: 1,150
Karma: 1,150
Posts: 2592
Addict
Ok Media and Arts, I come to you with one of the hardest decisions I have faced in a long time.
A little over a week ago I was with my dad at his parent's house and we were hunting for one of his old 35mm film cameras. We ended up being unsuccessful finding the one we were looking for but I believe we may have happened to still hit gold. Besides finding several other film cameras that were my grandfather's, my dad and I found a brand new Canon A-1 with 50mm 1.4. The thing was hidden behind some very old rolls of film on a book shelf and had never been unopened until the other day (when I looked inside to take a peak). The camera, along with the other ones, can be seen below and I'm wondering if I should actually use this thing or just continue to hold onto it. I'm starting a 35mm film photo class and need some sort of camera to shoot film with so I figure this would be perfect but as you can see, this thing is still in OG boxes and wrappings... It's literally PRISTINE.
So what does M and A think? Should I use it or continue to save it and have a pristine relic? 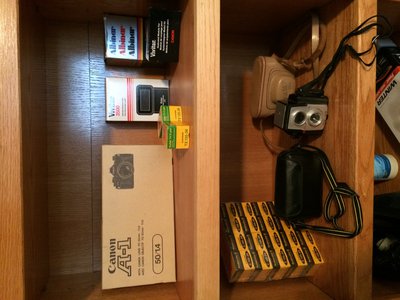 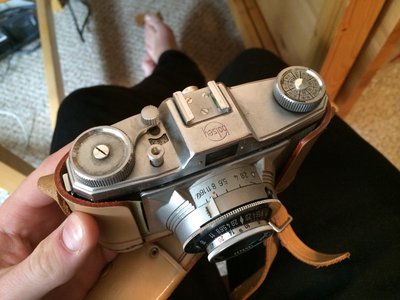 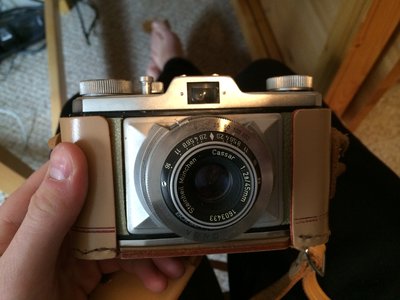 I had one on lock but got fucked over.

I will buy it from you.