popadonna
Posts: 212 - Karma: 1,761
Karma: 1,761
Posts: 212
Loner
several years ago, i wrote an article about finnish freeskier, pekka hyysalo, and his accident in which he suffered the same tramatic brain injury as kevin pearce. since then, and numerous articles about him since, there was an amazing outpouring of love and support from the ski community. all that love has fueled pekka's desire and purpose to help educate young riders about the dangers of judging their own boundaries and further helmet awareness... i am very proud of pekka and hope his story will inspire others... FIGHTBACK!!! http://vimeo.com/78405837 (not very tceh savy, if someone could embed this would be much appreciated)
Nov 3 2013 8:22AM 35 0

h_bar
Posts: 1611 - Karma: 506
Karma: 506
Posts: 1611
Insane
I just saw this now, I realize now how blessed everyone and myself included I've ever seen slam really hard while jumping have been. I admit, earlier I may have done some laps through a rail line without a helmet, so if we have some lurkers online please post every photo and video off me doing said activity. All I get from it is some views on youtube.

I'm probably going to generate some hate here for saying this but here it goes:

Pekka's helmet saved his life. His helmet did what it was designed for and took the impact, broke and thus dividing the pressure on a greater surface of the skull. And it could happen to everybody, there is no such thing as being to talented to fall. Everybody who think it is a bad idea(hopefully not that many do) should in my opinion go back to the learners slope and do pizza turns all day long. To not wear a helmet while doing what we do is just plain dumb and disrespectful. Its dumb because "hey its your life" and its disrespectful because you probably have people around you caring about your well-being. It also makes the sport and those who do it seem like a bunch of fucking idiots.

The way skiing has progressed these last 10 years have made it so much more important. We jump higher, ski faster, ski steeper and perform harder and harder tricks making both the consequences greater and the probability that much more present.

Pekka hit his head in the snow and this happened, what would it be like if he had hit his head on a urban jump going at high speed and landed on a surface with no give?

It could be me, you or a pro. I don't know about you, but I'll choose a helmet over a TBI every day. 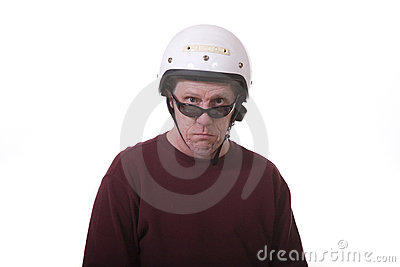 So if you're not Black Steve or Steve Stept who can't possibly fall; wear a helmet, please.

popadonna
Posts: 212 - Karma: 1,761
Karma: 1,761
Posts: 212
Loner
h_bar, you are completely right!! and if you get hate for not wearing a helmet, then those people are just assholes anyway... all of what you said was true, however, pekka had made the wrong decision to jump that day (a gust of wind blew him off) and a big point to up and coming riders is to think very carefully, and not let the pressures of the sitsuation get the better of you. the sport will progress and more people will get hurt, and die. we just need to understand pekka's story, even if it saves that one kid, that one time... thanks again for your input! ~skye
Nov 9 2013 2:58AM 0 0