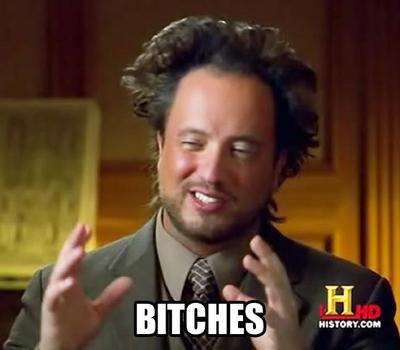 newnewschool
Posts: 400 - Karma: 439
Karma: 439
Posts: 400
Ridiculous
My personal opinion is that the meaning of life is to achieve an elevated, accelerated, or amplified existence. Wether that be after death and going to heaven, or achieving nirvana, or working towards an evolved state while in the universe, I think that life's true meaning is rooted at solving our insatiable desire for improvement.

trill
Posts: 297 - Karma: 1,641
Karma: 1,641
Posts: 297
Loner
i think the answer to all of those things is just energy. life is energy and everything to do with it is energy. Your existance is just energy taking a form in something and that energy can never go away. when you die it cant just fizzle out. Everything that happens to you is caused by how you as energy react with other energy around you and the how the energy you are made up of works and is shaped by all the energy you are in contact with or at least that's how i see it  Energy is everything. 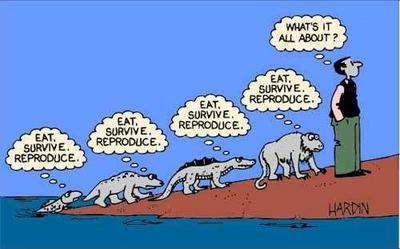 goonsquad
Posts: 548 - Karma: 218
Karma: 218
Posts: 548
Ridiculous
Is that only a human trait or is it more ingrained and extends to animals and even further to plants? To me it seems plants stand for something different, a tree seems very content with being a tree while a human has so many insecurities and fears that we think we need to improve and answer. I don't see this trait in other animals either but it could exist. An animal seems to know his job and does it.
Other life seems to operate under a basic plan to work/grow reproduce and die, humans are the only ones that seem to have a problem with this plan, we have been in a constant search, a constant need to improve.
Do you see this trait in other life? Am I (and other humans) just self-absorbed in our belief the we really are different? or do our questions and problems and beliefs only mask are true meaning which is simply follow the plan.
Aug 25 2013 8:47PM 2 0

DENIM_CHICKEN
Posts: 526 - Karma: 2,554
Karma: 2,554
Posts: 526
Ridiculous
I think that when we fall asleep we are actually in a real world where anything is possible, and we are actually interacting with others who are dreaming. When we are awake we are in a world where there are laws of nature, and not everything is possible.
Aug 25 2013 8:50PM 0 0

goonsquad
Posts: 548 - Karma: 218
Karma: 218
Posts: 548
Ridiculous
Do you think that some humans (and everything) can carry more energy than others? Does the spunky young girl carry more energy then the grumpy old man who doesn't leave his house? Is that why we all feel and act different? or is every animal entrusted with the same amount of energy and we're all products of our environment?
Aug 25 2013 9:38PM 0 0

METman
Posts: 21 - Karma: 79
Karma: 79
Posts: 21
Lame
Of course...and that fact allows us all to give life whatever meaning we see fit. I personally try and have the most enjoyable time possible while helping others to do the same. Might as well have fun while we are here right?
Aug 25 2013 10:10PM 1 0

Wolfgang.
Posts: 807 - Karma: 853
Karma: 853
Posts: 807
Insane
I believe there is no meaning to life. That we are all beings, creatures who just so happened to be very sentient, a trait to benefit survival. So maybe, that being said, life is basically survival. You must survive. Otherwise you die. However, in our developed society survival is a given, not much struggle is involved so to speak, allowing us to pursue various other pleasures, allowing us to ponder on diverse goals and ambitions, not strictly related to survival. But there is no meaning to that. Maybe survival has become so easy, that in order to avoid boredom, we give ourselves challenges, IE careers, hobbies, etc, in some sense we need to entertain ourselves. but at the same time we want survival to remain as easy as possible giving us society and all that it entails. So again, for me, there is no important meaning to life, other than entertainment.
Aug 25 2013 10:42PM 2 0 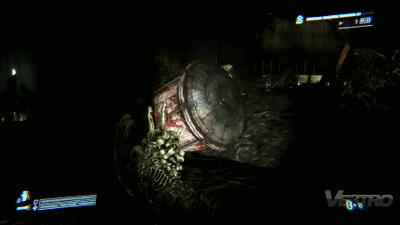 Wulfty
Posts: 344 - Karma: 1,872
Karma: 1,872
Posts: 344
Loner
I personally believe life is but an illusion, with the ultimate goal being to dispel it and to ascend into what lies beyond. I feel that to break the illusion, one needs to achieve a higher consciousness brought on by looking into oneself to break the connections that tie us down to what we perceive as 'reality'. Once those connections are broken, the path to ascension is revealed, and we can all be on our way
Aug 25 2013 11:43PM 0 0

newnewschool
Posts: 400 - Karma: 439
Karma: 439
Posts: 400
Ridiculous
I think that animals have this trait but to a lesser extent. For example, a chimpanzee might find it more attractive for a potential mate to be smarter, stronger, faster, etc. because when they reproduce their offspring will be better, and may have better children, and so on and so forth. If I had to guess I would say animals are generally inclined to get to the state that we are in. They don't worry about what's after life because they haven't gotten to that level of thought yet.
We on the other hand have and are looking for more than what we already are. Wether we are that different from animals or not doesnt really matter because the small differences there are allow us to have a higher train of thought. Maybe there are higher levels than that which we are on. Maybe we've hit our limit. But I think as a species we have this instinct to improve and that instinct is what separated us from animals early on.
Aug 26 2013 2:30AM 0 0