ChrisMcCandless
Posts: 3610 - Karma: 4,698
Karma: 4,698
Posts: 3610
Addict
Monster of a wildfire raging out of control right now. Flames hundreds of feet in the air. Such bad timing for this to happen beings there are so many other wildfires going on right now. Obviously life is more important than the park, but I hope they can get this out quickly.

*SID*
Posts: 3131 - Karma: 951
Karma: 951
Posts: 3131
Addict
Oh, i completely understand that, I'd prefer to not have one of our national parks burnt down but i'm just saying pouring some water on a fire like that won't help very much i think there best option is to dig a fire line rather than risk peoples lives coming that close to that massive of a fire. I mean don't they already have a fire line to prevent this stuff from happening? I know they do in Yellowstone.
Aug 24 2013 8:32PM 0 0

1337
Posts: 30923 - Karma: 27,140
Karma: 27,140
Posts: 30923
Basement Dweller
Yellowstone got torched in 1988. The firefighting operation there, while one of the largest ever, was more to protect infrastructure/people/etc than it was to save the landscape. Most of the rangers I talked to when I was there said that it's good to let the fires take their course every once in a while, as they allow for new trees and vegetation to grow in.
Aug 24 2013 8:41PM 2 0

pat_in_the_hat
Posts: 3019 - Karma: 2,665
Karma: 2,665
Posts: 3019
Addict
What the fuck are you trying to say??? A fire line is a 16-18 inch shallow trench. How the fuck will that stop a crowning and running fire throwing spots miles ahead? Plus, I would love to see you "just dig line around it" and no, they dont have fire line to prevent this from happening. Do you think they would want that in a national forest? Fire is a natural process, and its supposed to happen every so often depending on the fuel type
Aug 24 2013 8:50PM 1 0 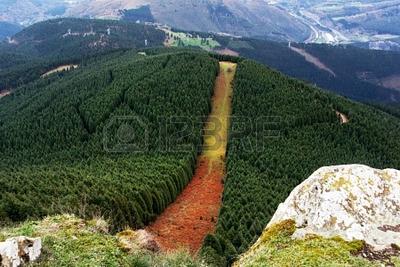 volvotom
Posts: 2045 - Karma: 708
Karma: 708
Posts: 2045
Addict
I do not believe that the fire has breached the NP boundary yet, but it is getting close. There is a huge move within the firefighting community to fight all fires to the highest degree possible which risks lives and equipment and otherwise is costly. We need to not risk lives over property. Fire is a natural part of ecosystems and we should let it run its course as much as we can.

and because every forest fire is fed ONLY by naturally placed dead wood and not by dead wood that is there by retard loggers that haphazardly re-planted trees with no education on how fucking trees grow. 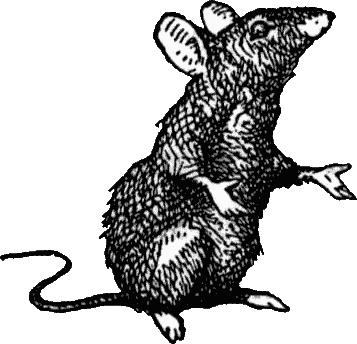 I've done a lot of field work in burned areas taking tree and soil samples. you should probably stop talking about of your ass.
Aug 25 2013 3:09AM 1 0

DingoSean
Posts: 22589 - Karma: 14,639
Karma: 14,639
Posts: 22589
@th1337
1. I find it rather funny, and fitting that San Francisco is actually under a state of emergency because of this... San Francisco City/County, being about a 4 hour drive away from the fire, gets 85% of it's water, and much of it's electricity out of the north end of Yosemite NP. John Muir still gets the last laugh.
2. I didn't read much of the arguments going on in the thread, but let me just say this much, the areas where fires are burning out of control in N. California and Oregon have been sparked naturally by lightning, and left to thicken naturally as well. This poses a very natural problem, that humans are still just starting to understand.
3. That problem is that when forest stands are left alone, to thrive and become extremely thick, they are very prone to catastrophic wildfires. National Parks and Wilderness areas, and the general region around them, tend not to be forested in any way/shape/form. You get saws within an hour drive of a USNP, and the Sierra Club will FREAK OUT, and legislate the fuck out of you for 30 years... within that time, chances of shit like this tends to become ever increasing.
4. The area in direct question, has not been thinned in god knows how long. With strong winds, heavy thunderstorm activity this summer, and fairly dry conditions after 2 very dry winters, you can only expect this sort of thing to happen. This same exact thing could be easily seen at many other national parks.
5. Don't worry folks, the main valley floor of YNP isn't really threatened at this time. The fire is headed mainly north/northeast, away from that area. It could spread if things get insane, but as of right now, only the north end of the park is in serious danger - not that that's really a good thing... Still worrisome, indeed.
Aug 25 2013 3:41AM 1 0

That shit happened in 1980. It's 2013. That's 33 years, and it's in soft, fertile soil with a very dependable watertable in Southern Washington.. Trees like Doug Firs (which I'm just making an assumption, are the main species of trees in the area - it is the PNW) also replace relatively quickly, and are known to grow back an area within 20-40 years depending on all the factors in play.
These trees, in Yosemite, are slower growing Ponderosa and Lodgepole pines, for the most part. They are also growing in fucking Sierra Nevada Granite - one of the hardest rocks you'll ever encounter (it has to be hard... that's the only way you have monoliths like El Capitan and Half Dome. They don't crack, or erode like other granite, or other rocks for that matter. Shit is BEAST). The soil composition isn't exactly the best.
Regardless, there's a FUCKLOAD of trees in the park, and 2 years ago, park rangers actually took down a bunch of trees just to preserve the views of the waterfalls and shit within the main valley. There's been constant fire suppression in the area for over a hundred years now. It's finally going up in flames, and once those trees are gone, they won't be back in your lifetime.
Aug 25 2013 3:54AM 2 0

BE..
Posts: 1185 - Karma: 81
Karma: 81
Posts: 1185
Insane
I worked in forestry for awhile and the Yosemite area was never logged heavily to begin with. Also, human effects on a forest of that size will not last for 123 years. You're drastically overestimating the amount of impact that we can have on things like this. This isn't a case of bad replanting technique, just nature doing what nature has been doing.
Aug 25 2013 11:41AM 0 0

skiierman
Posts: 28699 - Karma: -5,595
Karma: -5,595
Posts: 28699
@th1337
For someone who works in "forestry", you're a fucking idiot. The whole reason the North Shore is the hub for mtb freeriding with all those elevations is because loggers seeded the trees like retards causing the trees to clusterfuck themselves which resulted in the floor becoming covered with dead trees. The same thing happened in the Wasatch region in Utah making it one of the most prone areas to a massive forest fire...