KJacks
Posts: 440 - Karma: 2,329
Karma: 2,329
Posts: 440
Ridiculous
Today i found out that my great-grandfather used to play piano for illegal underground clubs during the prohibition and played privately for Al "Scarface" Capone multiple times. I thought this was super cool considering i thought my family was super boring, but as it turns out he was good friends with Capone nearing the end of his life. He would smuggle booze in his piano when he travelled for the clubs he would go to.
So NSG what interesting things do you know about your family?
Aug 23 2013 1:46PM 80 25

fortyvalve
Posts: 1442 - Karma: 1,562
Karma: 1,562
Posts: 1442
Insane
Damn that's really cool! The only thing i really have in my history that i know of goes way back to the 1700's and it's also who i'm named after. My ancestor Matthew Thornton signed the Declaration of Independence for the state of New Hampshire. Last signature on the document. My family tradition is having all the males in the family have the middle name 'Thornton'
Aug 23 2013 1:50PM 0 0

snwbrdmilf
Posts: 22440 - Karma: 2,761
Karma: 2,761
Posts: 22440
@th1337
My children's (however many great) grandpa is Sir Hiram Maxim, who competed against Edison in the invention of the lightbulb. He also invented the first portable full automatic machine gun. He invented the Captive Flying Machine, which versions are still used in today's carnival's and amusement parks today. He manufactured one of the first menthol inhalers and a larger "Pipe of Peace" *winkwink* 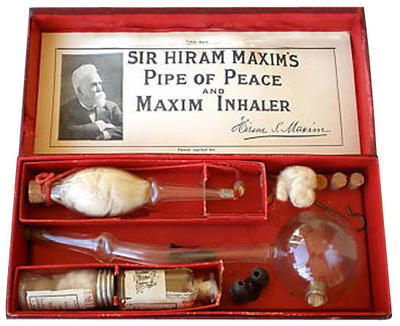 Them with his lightbulg in NC 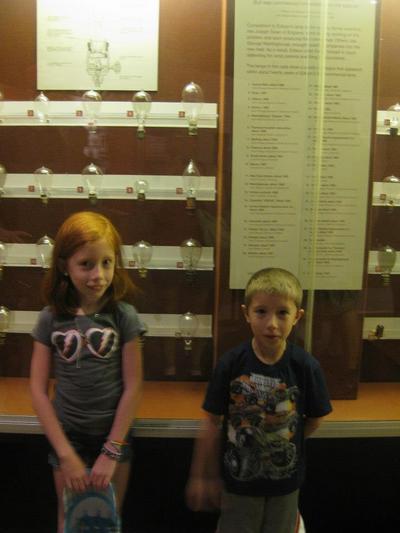 lineskier10
Posts: 11339 - Karma: 787
Karma: 787
Posts: 11339
Crazy Fool
fuck both of your nazi relatives, especially this poster's oma in the fucing hitler youth and being a secretary for mass murderers, im sure she had some crazy stories like watching jews getting gassed and standing by and doing nothing about it
Aug 23 2013 2:12PM 1 8

yelsel
Posts: 12967 - Karma: 3,449
Karma: 3,449
Posts: 12967
Crazy Fool
omg how did you know?! not only did she stand by while they got gassed, she hit the button.
fuck you dude.
the hitler youth was comparable to what the girl and boy scouts are today.
she was a secretary for the officers so she could earn money to put food on her family's table because believe it or not, but they had nothing because of the war and lost their home due to the bombings.
did she know what was going on during all of that? hell no. she had no idea. all she knew was that they were doing their best to get out of the depression. that was it.
Aug 23 2013 2:24PM 5 1

twin-tip-hero
Posts: 2895 - Karma: 256
Karma: 256
Posts: 2895
Addict
there is little story behind my great grandpa, but i know he was an SS officer.... was looking though some old family documents and there was a big SS logo on top of something with his signature at the bottom. It was all in deutch so we can read it, but one day my family will get around to translating it.
Aug 23 2013 2:31PM 0 1

Laurent.
Posts: 10052 - Karma: 25,207
Karma: 25,207
Posts: 10052
Crazy Fool
There isn't really a site that will show it all.
Ancestry.com does have a lot of specific info but it requires research.
And this probably applies to no one but If you are of Dutch Noble/Patrician descent try to get a hold of a red/blue book of the year that features your family, depending on how much your family paid them they can contain a massive amount of info.
Aug 23 2013 2:33PM 1 0

errrka
Posts: 2261 - Karma: 6,055
Karma: 6,055
Posts: 2261
Addict
Really only on my moms side:
My oma (grandma) was from East Prussia and immigrated to America when she was 17 with 2 of her sisters (and left behind her parents and 4 other siblings). So I have a bunch of German cousins that we keep in good contact with.
Now my opa (grandpa).... my great grandpa was a solider in the german army during WWI, and they were germans living in Yugoslavia. After the war Tito (the dictator of Yugoslavia) put all non-serbs into concentration death camps, including my family. My grandpa was about 12 or so when this happened. They were there for a while and eventually my great grandma was able to escape (after multiple attempts) and they were able to sneak across the boarder into hungary. They then hitchhiked to Austria and lived there for a few years or so. They then found a sponsor (an uncle or something) in my hometown of Mansfield, OH and they moved here.
My great aunt wrote a book on it, if anyones interested it's really eye-opening.
http://www.amazon.com/From-Franzfeld-Mansfield-Journey-Through/dp/1432749129 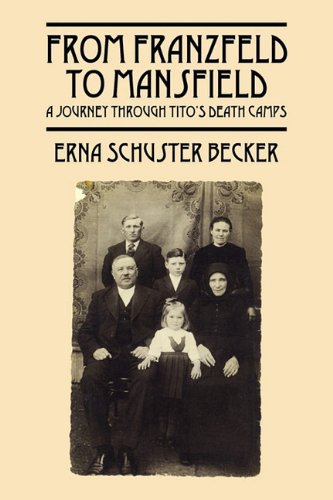 lineskier10
Posts: 11339 - Karma: 787
Karma: 787
Posts: 11339
Crazy Fool
Yes, the hitler youth was like the boyscouts or girlscouts with the addition of hating jews and wanting to wipe them off the face of the earth. And dont give me the bullshit she didnt know if she was working with the SS. Helping the people who were mainly responsible for exterminating a race of people is fucked even if it is to provide for your family. She probably looked the other way like most Germans; what did she think when the Jews were being rounded up and sent to camps, it was for fun? I guess its not as bad as being a member of the SS but if she worked as a secretary for the SS you really can't claim she had no idea what was going on.
Aug 23 2013 2:45PM 2 6

yelsel
Posts: 12967 - Karma: 3,449
Karma: 3,449
Posts: 12967
Crazy Fool
Surprisingly, most, if not all, of the guys she worked for/with, didnt know what was going on. She never noticed jews being rounded up because she was either hiding out in her basement during bomb raids or staying in the bunker in the office she worked in. Her life was purely survival at that point.  We can debate this all day if you'd like...or at least until 5 when I leave my office. Up to you. In any event, you're wrong in your depicition of what you think she knew or didnt know during her life there.
Aug 23 2013 3:07PM 1 1

Then my other great grandpa was on the USS Indianapolis carrying some key components to the atomic bomb to a naval base in the pacific. Then it was torpedoed on the way back. Most of the crew died. Some of the men were so sunburnt and pruned from the sea water that when they grabbed their arms, their skin ripped off. The whole thing got covered up, or at least the government tried to apparently.
Aug 23 2013 5:00PM 0 0

Wolfgang.
Posts: 807 - Karma: 853
Karma: 853
Posts: 807
Insane
My grandfather was brought to various concentration camps in russia during WW2 as a 12 year old boy. He some how managed to carry gold with him in his jacket, which saved his family later. Then after the russians joined the allies and released all the prisoners, his family was carted to India, where they became separated and he lived in an orphanage for a while. Once established, he needed to find his family. He eventually found his sisters, but his mother had died of some sickness, his father had long been captured by Nazis and executed. Once he found his sisters, the war had been over for a while, they eventually found a ship they could sneak onto to get to England. He eventually moved to Canada and became a successful business man. He never returned home to Poland until he was 30.
Aug 23 2013 8:00PM 2 0

FLBP
Posts: 1794 - Karma: 308
Karma: 308
Posts: 1794
Insane
My great grandparents moved to Canada after WWII. Great grandfather was the village foreman of Osoyoos, BC. He developed most of the towns utilities and had a huge orchard right next to the lake. Farther down the line we can trace our lineage to Eric the Red, and tons of other Vikings.
Aug 23 2013 8:29PM 0 0

yourthemannowdog
Posts: 4541 - Karma: 294
Karma: 294
Posts: 4541
No Life
Three Generations back and my family was pretty involved with the IRA. My Great Grandfather was caught blowing up roads inbetween towns to stop the british from progressing into Kerry's larger city, Tralee, and was kept as a war prisoner. They kept him in a castle by the ocean where my grandfather played golf.

We also have a family legend that says our bloodline goes back to King Tut. I'm skeptical, but we know that we were romans at one point in history.
Aug 23 2013 8:55PM 1 0

My Grandfather on my fathers side is one of the highest ranked (close to President I'm pretty sure)officials of the boy scouts and had a full article written about him for being a complete badass.

My Uncle is one of the chief developers of hydrogen fuel cell technology.

My grandmother on my mothers side was the model used in advertisements to advertise to become a nurse during world war 2. Got one of the ads framed somewhere.

Greg Kinnear tried to cheat on his wife with my cousin.

Billy Idol grabbed my moms ass in front of her then boyfriend (my dad).

Wood_Wizard
Posts: 805 - Karma: 898
Karma: 898
Posts: 805
Insane
My Oma was part of the underground in Holland during world WarII, and she used to deliver papers, and food stamps threw Nazi check points by hiding them in the handle bars of her bike. Her father was the head of the underground and is responsible for helping many dutch people get to Canada, and other safe places during the war, he also had a bomb droped on him during a air raid when he forgot some papers in his car and ran back to get them. He lost his leg in the posses but save 2 families.
My Opa was a bridge builder for the Dutch army and then moved to Canada, when he heard my Oma was moving to Canada. He was madly in love with her and pretty much followed her here and then they got married. Also chances are that if you drive threw B.C. you will drive across one of the bridges he built.
/CoolStoryBro
Aug 23 2013 10:50PM 3 0

Wood_Wizard
Posts: 805 - Karma: 898
Karma: 898
Posts: 805
Insane
That's pretty fucking awesome. When I hear stories like that or ones about my ancestors being good people risking it all for someone they have never met I cant help but feel a little proud, and stoked. And because of what they did, somebody got to keep there life or start a new life.
Aug 23 2013 11:30PM 1 0