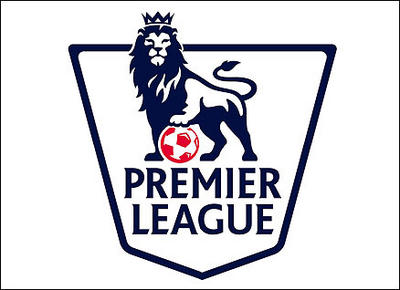 
Well here we go again. The season begins August 18th, but there's still plenty going on in the meantime!


Transfer season is in full swing, with various sources reporting everything under the sun with absolutely no basis.

And seemingly every team is going on tour of somewhere, because evidently teams like Norwich need to bolster their support in places like southern California and Malaysia.


Will Manchester United keep the title?
Will Manchester City not be a mess?
Will Chelsea's Jose Mourinho get himself sacked by Christmas?
Will Arsenal be stuck waiting another season to win a trophy?
Will Tottenham finally get a champions league spot? 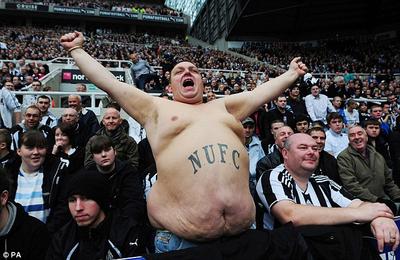 Bogs
Posts: 4296 - Karma: 1,360
Karma: 1,360
Posts: 4296
No Life
In terms of predictions for next season I think it's too early to say anything definitively (considering transfer season is barely under way and the window hasn't even officially opened) except that the Abramovich, Mourinho honeymoon will end very, very quickly.
Jun 24 2013 11:46PM 0 0

FuBakerSkiPatrol
Posts: 8762 - Karma: 10,388
Karma: 10,388
Posts: 8762
Crazy Fool
brazil is definitely shaking spain with the way theyre playing. the ref needs to start giving some yellows out to the brazilians. i dont think there was a single yellow for them through the half, after the 10th foul he has to show that you cant keep playing like that.


good game and beating Spain 3-0 in a final isn't a frequent occurrence, but even just getting to the world cup final isn't the same as confederations cup.
Jun 30 2013 9:50PM 1 0

then
Posts: 24 - Karma: -34
Karma: -34
Posts: 24
Lame
Mourinho will not be sacked. Chelsea have a great squad; young last year, secured a champs league spot, great players, $, and players love playing for Mourinho. Would not be surprised if they win the league.

Tottenham will finish Top 4, if they keep Bale. That will help attract some top ish players, and if David Villa comes that will be great.

Not sold on Arsebal, but never am.

Also not sold on City. Not a great TEAM, shaky management, just shaky club in general.

In the end, I think Chelsea will win the title. 2nd will be Spurs. 3rd will be Man U (don't think Moyes can deliver in his first year like Fergie. 4th will be a battle between City, Arsenal, maybe some random like Liverpool or Newcastle??

This season has all sorts of intrigue. I don't feel there's any staples this season. When Man U signed Van Persie it was clear they were the favs. No Ferggy tho is triubling. Last year city had the best team, but lost Balotelli, manager, might lose Aguero? I just feel this will be a pivotal season in securing dominance for the best few years.
Jun 30 2013 11:35PM 1 0

^I'm nervous Spurs got Paulinho, he played great in Brazil and now really throws Tottenham into contention for champions league.

I'm not too sure about Higuain for Arsenal; I've never really been a fan of his for some reason and would have LOVED Mario Gomez or Remy instead but if he transitions smoothly and helps us out, so be it!
Jul 5 2013 9:46PM 1 0

Chunter
Posts: 2049 - Karma: 1,892
Karma: 1,892
Posts: 2049
Addict
I'm not so sure about this. They are both poachers forsure but Gomez (from the little I have seen of Real and Bayern) can head and can shoot from distance much better. I feel most of higuains goals come from creation from Ozil, Ronaldo, etc. He won't have that type of supporting cast at Arsenal and will have to create alot more himself.

fujarome
Posts: 8627 - Karma: 1,509
Karma: 1,509
Posts: 8627
Crazy Fool
Sirigu (their keeper) is one of the most underrated keepers in Europe I think. He doesn't get the attention because he was already there and wasn't some huge name signing or anything.

Monaco is also going to become a force to reckon with. Not only are they mega-rich, but their players won't have to pay tax on their earnings (since thats the law in monaco) so it's even more tempting.

I dont even understand why we'd want a player like him, he's still on his ban from last season and he always seems to cause controversy.
Jul 8 2013 1:30PM 0 0

aloha.
Posts: 412 - Karma: 163
Karma: 163
Posts: 412
Ridiculous
True, but Suarez is an absolute monster and pretty much the only reason why Liverpool made midtable last season, and that's coming from a Liverpool fan. He's definitely a horrible person, but man can he play soccer
Jul 8 2013 2:18PM 1 0

higuain is still the target. They're probably bidding from him just to piss of real madrid as part of the bargaining.

theblackrod
Posts: 2162 - Karma: 572
Karma: 572
Posts: 2162
Addict
He's not, it was just a rumor. Kupp thinks there is already a deal to be signed for Lewandowski to go to Bayern after this uopcoming season, but that would surprise me, Guiardiola doens't like having a big top striker like that. Gotze fits perfectly, and with Gomez gone they have room to play Muller up top and Ribery, Gotze, Robben across the middle (assuming same formation) and I wouldn't be surprised to see Ribery switch to the middle this season and Gotze play the wing.

(that was for multiple posts i guess)

Wayne Rooney's Manchester United career appears over after the striker told David Moyes he is "angry and confused" about the manager's statement that he is now second choice to Robin van Persie.

With it being understood that Rooney had long-standing issues with Sir Alex Ferguson, the Scot's predecessor, and now Moyes over their stance regarding his fallen status, there seems little way back for the striker at United.

Steezy_P
Posts: 3069 - Karma: 2,344
Karma: 2,344
Posts: 3069
Addict
I actually agree with this. They worked well together, and I don't necessarily think that was the problem. I think Wayne and Vamp get along well, and Rooney is even better in many aspects of the game, I just think he really badly wants the CF role.

Some shining moments with the two of them:

Fun_dip
Posts: 2620 - Karma: 831
Karma: 831
Posts: 2620
Addict
Yea everything seemed fine and then SAF just decided to sit him in favor of Kagawa. I feel like they kept forcing Kagawa into the team at the cost of Rooney even when he clearly is inferior to Rooney. I think they should just continue with their 4231. Cleverly and Carrick holding center mids. Zaha/Young/Nani/Welbeck/Valencia/whoever at LM/RM. Rooney CAM/CF. RVP ST.
Jul 17 2013 7:10PM 0 0