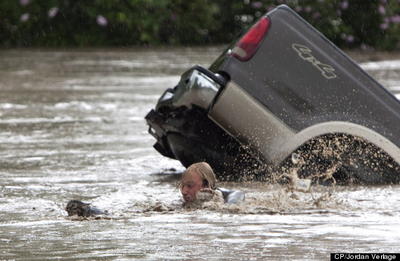 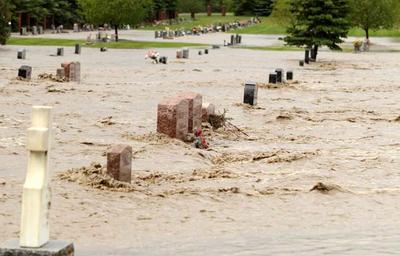 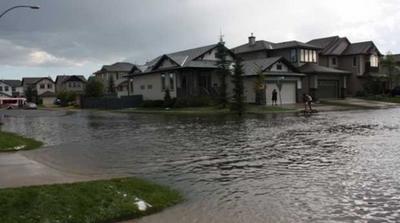 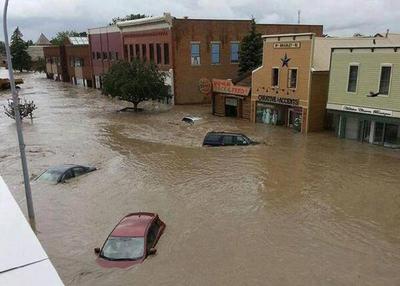 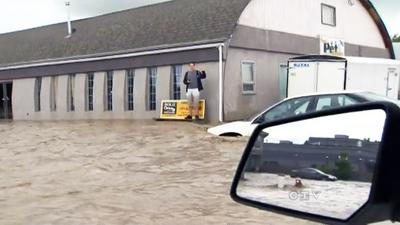 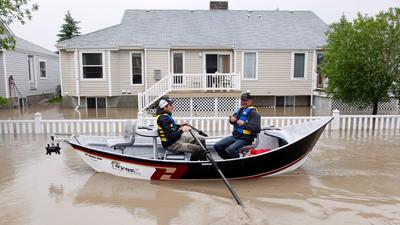 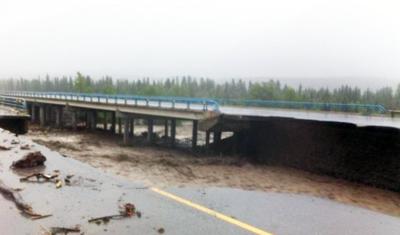 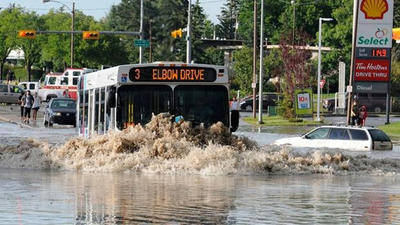 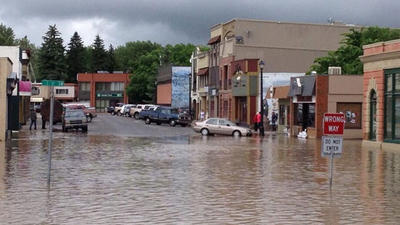 Shredsterr
Posts: 2090 - Karma: 6,908
Karma: 6,908
Posts: 2090
Addict
I think 23 neighbourhoods were evacuated, 100 000 people displaced, Grand Prairie, Red Deer, and Lethbridge are being affected too. It's sunny and cloudless outside my window right now (Our area isn't nearly as bad) But a bunch of kids aren't writing finals today and my highschool school along with downtown are dealing with tons of water. The Bow and Elbow overflowed their banks like fucking crazy and 2 people are confirmed dead, with 2 more assumed dead. For some reason city transport is still running even though half the city if fucked over and the zoo got flooded but all the animals are safe. A couple bridges were swept away and some homes as well.
Calgary has a reputation for having some stupid weather, it hails here consistently about once a year in the summer, and it's been raining on and off for about 3 or 4 weeks here, but it wasn't until a day or so ago that the weather went fucking crazy on us.
Just thought you guys could use some info. from a person on the inside. #WeAreTheNewVenice #LuckilySoManyCanadiansOwnCanoes
Jun 21 2013 9:55PM 0 0

mode2n
Posts: 2856 - Karma: 255
Karma: 255
Posts: 2856
Addict
Although stampede sucks and luckily I'm out in BC so I never have to deal with it, there is no way it'll be closed. Way too much revenue is made for it to be closed for the whole length it goes on. They'll just have lots and lots of work to get done in the next two weeks leading up to it

Tyler.A
Posts: 164 - Karma: 340
Karma: 340
Posts: 164
Pro
Stampede won't be canceled but it won't be good either. We are the first people to be allowed back to an affected community tomorrow (top of discovery) so ill bike down and get some pictures of it tomorrow morning. So pretty much we will be the only people allowed in
Jun 22 2013 1:15AM 1 0

paige.
Posts: 1905 - Karma: 660
Karma: 660
Posts: 1905
Insane
The major set up for stampede hasn't really started yet so I feel like clean up is doable. Things like the grandstand might be harder but huge portions of the grounds are basically empty space - rides, 4h stuff, the showroom should be fine.

I'm definitely bummed about sled island and am interested to see how refunds work. I think I may be happy I decided against the full pass this year. I also wonder whether sled island will be able to afford to continue next year if they have to still pay venues and artists whilst refumdimg our tickets.
Jun 22 2013 2:06AM 0 0 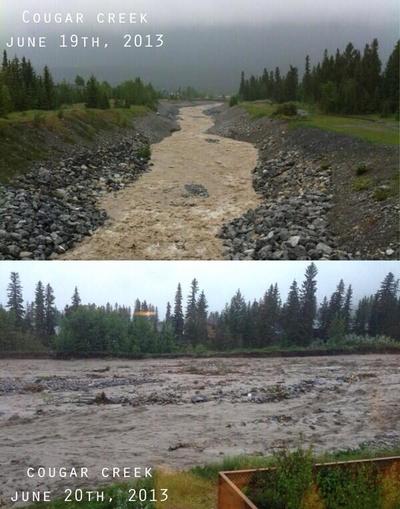 if i had any idea of a flood coming, i would seriously just stop giving a fuck and park on the highest point i can find.. it sucks to see all those cars completely fucked.
Jun 22 2013 4:59PM 1 0

liftedresearcher
Posts: 1140 - Karma: 1,776
Karma: 1,776
Posts: 1140
Insane
lived in calgary for the past year and had to come back up to edmonton for a couple months to finish off some school. supposed to be moving back july 1st to a ground level condo in mission, im sure its under about 8 feet of water right now. dunno what ill do. hoping to be able to help out with the recovery once im back down there next week.
Jun 22 2013 6:13PM 1 0

corona
Posts: 12403 - Karma: 28,365
Karma: 28,365
Posts: 12403
Crazy Fool
won't notice anything in Jasper. if you'd been to Banff before you might notice some widened riverbeds or something. it's further downstream you'd see more destruction. but Alberta has the money to clean everything up and bring it back to new in a month after the water subsides.
Jun 23 2013 12:43PM 1 0

That means if you need to get from Calgary to BC your choice is either up to Rocky Mountain House and over to Saskatchewan River Crossing, or down through the Crowsnest Pass. 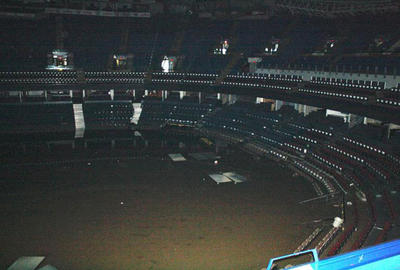 notadoctor
Posts: 358 - Karma: 192
Karma: 192
Posts: 358
Loner
Never bought tickets to sled island but ended up at a couple house parties where some bands were playing this weekend. Actually was pretty sick even though its not really my kind of music, sucks if you paid for tickets you couldn't use though.