kung_powpow
Posts: 1985 - Karma: 3,640
Karma: 3,640
Posts: 1985
Insane
Time to put the nail in the coffin in this conspiracy.
#1 After zooming in a shit ton, there are 3 separate pieces of string/rope holding the rail down that go OVER THE RAIL, making grinding it impossible without catching and dieing. He obviously stood on top of the car and then hopped on the rail while his friend took a picture.
#2 I have the exact same plastic skateboard jumps and can confirm that skis do not slide on them at all. They pretty much stick you in place.
#3 The story makes no sense, he took a picture on a cell phone which obviously has video capability. This is the 21st century jesus christ.
And a slew of other reasons... So Waka_Flocka, NS kindly says Fuck You. Prove me wrong with a video you little bitch. 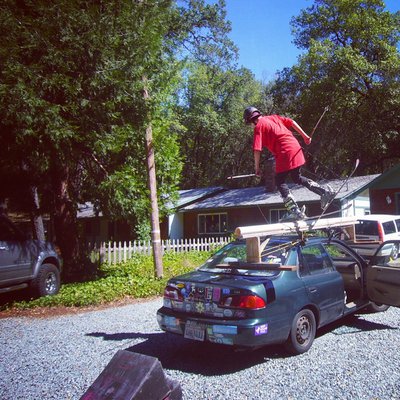 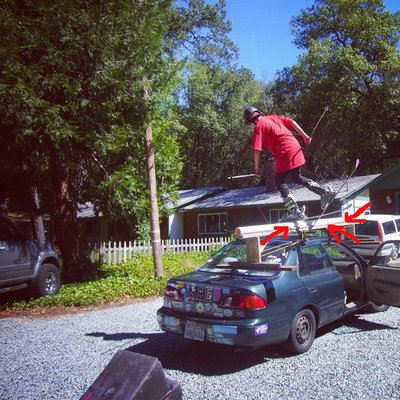 WilliamJM
Posts: 275 - Karma: 411
Karma: 411
Posts: 275
Loner
Everybody has the right to believe what they want. We will be filming this next week to prove to you guys. Right now Andrew is grounded because his mom saw this photo on Facebook lol. But he says he'll do it again! And yes he did put this on Instagram! His friend sent the picture to him threw Facebook and posted it from his iPad! So like I said Andrew doesn't have a newschoolers because he doesn't film. He just did this for props from his friends who were there. But don't worry I'll film it next week.
Jun 2 2013 8:20PM 8 106 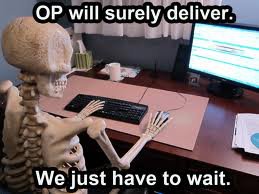 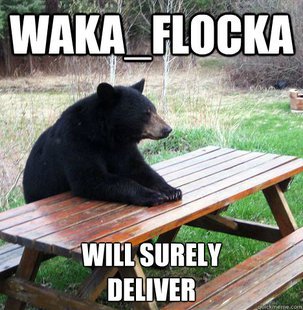 DrewPeacock
Posts: 1003 - Karma: 1,757
Karma: 1,757
Posts: 1003
Insane
also may i point out that he is wearing a helmet. and since it isnt a park in which you needith wear a helmet, he doesn't need to wear one, in point making him have a vagina. THERE FORE andrew or waka_flocka or whoever the fuc i the anus penetrating like bitches are pussies are GAY whether or not the photo is fake. which it clearly is. Fuck you, fuck you mom and fuck what your about.
PS im not sorry for the double post, because im not a little bitch, that shit was don intentionally.
Jun 2 2013 9:30PM 5 21

DrewPeacock
Posts: 1003 - Karma: 1,757
Karma: 1,757
Posts: 1003
Insane
Here is what's going to happen.
Waka_Fucka and his band of fucktards are going to recreate the car jib.
IF they dont get busted by the fuzz (AKA andrews mom) the will attempt to hit it.
UPON doing this, they will either
A- eat massive shit and die, post the vid, many lols will be had and we carry on
OR
B -eat massive shit and die, not post the vid. and claim the camera was dead or some shit like that .
Jun 2 2013 9:59PM 41 0