Suusataja
Posts: 314 - Karma: 1,111
Karma: 1,111
Posts: 314
Loner
Don't know if the tallest but there's one here in Estonia, called Kiviõli tuhamägi.
It's 116m or 380ft high from the base. It was formed from oil shale mining operations since year 1922.
A ski hill started operating this year, with future plans for a nice park and halfpipe. 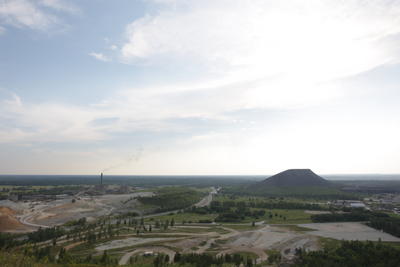 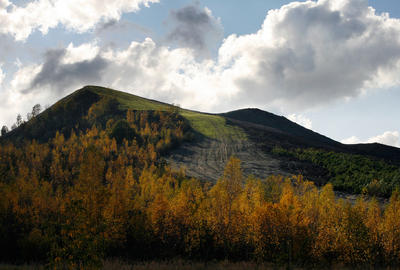 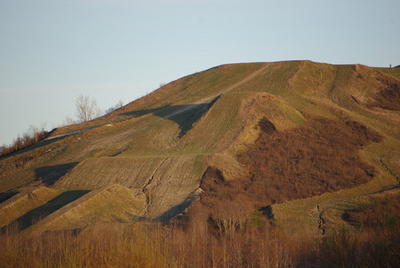 in my last year university i was in contact with snow making technicians at blue mountain pitching the idea of using excavating equipment to dig dirt jumps in the summer, requiring less snow making and allowing the park to open with more features sooner. This was almost 7 years ago though when blues park was actually good.

they liked the idea but said it wouldn’t allow them the opportunity to consistently change their park layout, which is a very good point.

i actually stole the idea from dagmar who used to cut their pipe into the ground in the summer, that’s of course before they finally decided to fill it in.

But on the topic of digging a park in, why not? Moving your dirt into tiers so that the park only needs a base over it instead of tons of snow to pile up makes so sense. The only drawback I can think of is if your mud pile washes away.

nonexistant
Posts: 428 - Karma: 27
Karma: 27
Posts: 428
Ridiculous
Snow Park NZ has massive amounts of earthworks for essentially the whole resort - jumps, rail platform, pipe, quarter pipe etc. Same as you say blue is, jumps etc are always in the same place. It's pretty impressive though. I'm sure there is a photo around of it in summer that gives the idea.
Mar 12 2013 9:26PM 0 0

this is not a landfill: 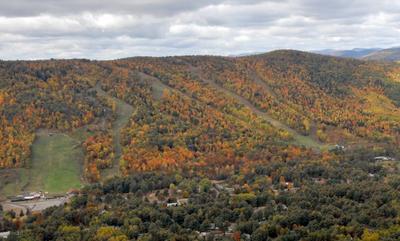 maybe a part of it was, but that is a natural hill.

also the largest landfill in the US is barely 500 feet tall:

theabortionator
Posts: 49239 - Karma: 133,221
Karma: 133,221
Posts: 49239
Basement Dweller
I didn't say it was all from being a landfill. They leveled a bunch of small hills to build glens falls, they trucked that dirt and piled it on top of the landfill. There's a small "ridge" there that looks pretty decent. Cost millions but it's nice considering this places borders the adks.

concept311
Posts: 1935 - Karma: 73
Karma: 73
Posts: 1935
Insane
Get your shit right kid Wilmot was never a Landfill. neither was Alpine Valley, Grand Geneva. It was all Earth they moved around to build the place which is why there is the big hole behind it where the tubing park is built.
Wilmot Histroy!
http://wilmotmountain.com/subpage.asp?page=themountain&id=8

speedin
Posts: 731 - Karma: 131
Karma: 131
Posts: 731
Ridiculous
Get your shit together JUNIOR! I have been skiing at Wilmot for over 25 years. Yes, it was the local dump back in the 1800 and early 1900's. You never noticed all the methane pipes sticking out of the grass on the other side of the parking lot? They added dirt on top of the landfill. Walter purchased the plot of land from a farmer. There was already a tiny hill on it from it being the local dump. They then added dirt on top of the dump. it was most certainly a landfill back in the day. Being 30 is far from being a kid.....so before your little fingers start typing away why don't you check your self.
Alpine was a natural hill, that they added dirt to on top
Mar 13 2013 10:26AM 3 0

speedin
Posts: 731 - Karma: 131
Karma: 131
Posts: 731
Ridiculous
The forest preserve you are referring to is gander mountain. You can still see the methane pipes across the parking lot. My grandfather was good friends with Walter and his family. It most def is a former landfill that they added on to.
Mar 13 2013 1:47PM 0 0

concept311
Posts: 1935 - Karma: 73
Karma: 73
Posts: 1935
Insane
OK you win. But I do have you in age by a couple years. It's funny all the years I have worked there and I never knew the fact that it was. Makes sense know that I think about it more and more. Place is still a dump in some sorts but its still skiing.
the kid part was cause its always these punk kids posting shit on here that have no clue. So sorry about that!
http://en.wikipedia.org/wiki/Wilmot_Mountain#Notable_facts