I don't want to live on this planet anymore.

snowdon
Posts: 2480 - Karma: 388
Karma: 388
Posts: 2480
Addict
Ok, typing this out for the second time because my internet is a dick. This article just popped up on my facebook newsfeed about this 7 year old boy who got suspended for 2 days. Why? Because he chewed his pop-tart into the shape of a gun and said "bang." And when his father asked the school to at least remove the gun references from the boy's record (since it didn't actually have anything to do with a real gun and this could potentially cause the kid problems down the road), the school said they couldn't/wouldn't do that.

SO RIDICULOUS. I fully understand the need for heightened security and awareness given all the recent shootings, but would it be so hard to just use common sense when it comes to this sort of thing? Just recognize that there's a huge difference between little kids being little kids and someone bringing an actual gun to school? Our school system sucks enough as it is, but yes, let's take kids out of school for playing like any other normal kid. Great idea. And good luck trying to stop 7 year old boys from playing guns, I'm sure that will be productive. 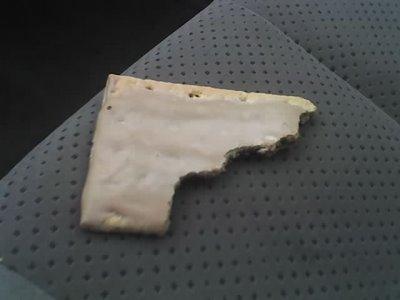 "In the 11 weeks since the massacre, at least two young children in the Washington region have been suspended for pointing their fingers like guns, and a 10-year-old in Alexandria was arrested by police for showing a toy gun to others on his school bus. In Pennsylvania, a 5-year-old was suspended for talking to classmates about shooting her “Hello Kitty” gun — which blows bubbles."
Mar 6 2013 7:47PM 2 2

Stickity
Posts: 7750 - Karma: 767
Karma: 767
Posts: 7750
Crazy Fool
where i went to school the teachers would've just been like "HEY don't do that again. shooting people is bad" and everyone would've gone on their merry way. why administration needs to get involved is beyond reason
Mar 6 2013 7:47PM 1 2

Thadius.Castle
Posts: 1436 - Karma: 250
Karma: 250
Posts: 1436
Insane
America is full of uptight butthurt pussies. If we maintained any sense of self respect that we gained from being the by-product of badass founding fathers, mass shootings wouldn't happen. And then there is shit like this.
Mar 6 2013 8:05PM 1 2

Related, I was sent home from school in the 1st grade for taking my penis out in the cafeteria when prompted by some girl in my class. My future wasn't all that damaged as a result.

RimJobber
Posts: 3313 - Karma: 10,053
Karma: 10,053
Posts: 3313
Addict
Society sucks today. My uncle used to fuck around as a kid and he told me about one time where he made a wood and PVC sawed off double barrel, just like mad max. He was like 8 and painted it and then went around the neighborhood pretending to shoot cars and houses and stuff. Some lady down the street called the cops and said he had a gun and was pointing it at people. He heard the sirens, ran inside and locked the door because my grandma wasn't home at the time. SWAT shows up, kicks down the door and him and his little brother (6) both had shotguns to their heads. Then my grandma showed up and saw swat with her kids. Kinda related. Sorry for being long.
Mar 6 2013 9:22PM 1 1