MilaKunis
Posts: 1480 - Karma: 3,641
Karma: 3,641
Posts: 1480
Insane
The art of deliberately, cleverly, and secretly pissing people off, usually via the internet, using dialogue. Trolling does not mean just making rude remarks: Shouting swear words at someone doesn't count as trolling; it's just flaming, and isn't funny. Spam isn't trolling either; it pisses people off, but it's lame.
What most of you guys consider trolling isn't. Most of it isn't clever at all and is just plain silly.
Inb4 rustled jimmies
Mar 2 2013 9:20PM 1 5 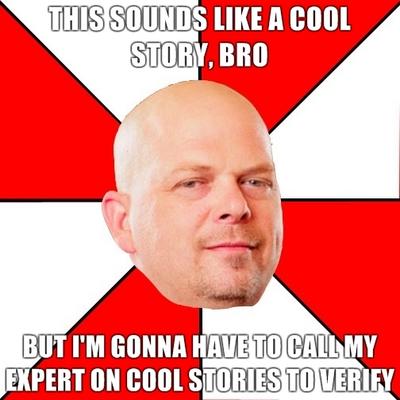