JamesEarlRay
Posts: 180 - Karma: -3
Karma: -3
Posts: 180
Pro
So I was cruising through instagram out of boredom and I came across a picture of boots/skis that Bobby B posted. Sure enough, in the comments, there are these little shits saying things like "can i have those because I was your first liker." And then another kid commented "first" like a typical NSer douche.
Being friends with a few pros, I can only imagine what people like Tom and Bobby think about some kids that do this shit. I'm not saying it's bad to be passionate about our sport and follow your idols. But for christs sake, hop off the dick. Some other comments I have also been seeing on Facebook/Instagram are along the lines of "PLEASE PLEASE CAN I HAVE A SHOUT OUT?!?! IT'LL MAKE MY DAY" or "come to my home mountain! we can film!"
In short, whoever you kids are, shut the fuck up. It's creepy and pathetic and you are a disgrace to our sport. End rant.
Mar 1 2013 7:11PM 10 25

eheath
Posts: 58864 - Karma: 94,708
Karma: 94,708
Posts: 58864
Play Ball
Don't you remember being young? Yeah its weird to me when tom gets asked for pictures multiple times a day and kids yell at him that hes awesome, ask to ride the lift with him etc but when you put yourself back in your 14 year old shoes wouldn't you do the same for your favorite pro skier? It's their dream to just say hi or take a picture with this guy, why you hating on that? Lighten up man.
Mar 1 2013 7:26PM 0 0

Petersaurusrex
Posts: 1380 - Karma: 78
Karma: 78
Posts: 1380
Insane
So, do you think making a thread on NS about something that's going on on Instagram/Facebook will stop it?

Get the fuck off NS.

JamesEarlRay
Posts: 180 - Karma: -3
Karma: -3
Posts: 180
Pro
I'm not bashing being young at all and if you read my initial post you'd see that I fully support younger kids being stoked on their favorite pro's. I'm just saying that when it gets to the point where these kids are making insane requests or over the top creepy comments, it gets weird. You don't agree?
Mar 1 2013 7:30PM 0 0

eheath
Posts: 58864 - Karma: 94,708
Karma: 94,708
Posts: 58864
Play Ball
No, I don't agree because of course its gonna seem creepy to you or insane because you're taking them so seriously. The kids dont actually think they're gonna get the boots cause they got the first like and with the anonymity of the internet of course kids are gonna say shit they would never say to a professionals face, thats just the world we live in. I think you just need to step back and let it go.
Mar 1 2013 7:35PM 0 0

newnewschool
Posts: 400 - Karma: 439
Karma: 439
Posts: 400
Ridiculous
Northstar lulz you suck man clearly you know nothing because you prefer one resort over the other it doesn't matter about price or preference if you don't ski where I ski I have more say than you.
Seriously though... you have an invalid argument.
Mar 1 2013 8:59PM 0 0

You're not fooling anyone you dumb slut, do yourself a favor and unplug your router or stop making dumb threads.

JamesEarlRay
Posts: 180 - Karma: -3
Karma: -3
Posts: 180
Pro
"Stoked on their favorite pro's" = signed posters, asking for a picture, following them on FB/Instagram
There is nothing wrong with this.

Being obnoxious, on the other hand, is asking someone for a bunch of free shit for being their first "liker" on their photo, asking for a bunch of free shit in general, and saying that if they don't get a shout out, then such and such will happen or they will be bummed out/have a bad day of skiing.
You can't deny that shit like this is out there.
I understand that in today's world there is that technology curtain that allows kids like that to do these obnoxious things, but at the same time, it doesn't make it right/normal.
Mar 1 2013 9:42PM 0 0

SamtheEagle
Posts: 1658 - Karma: 713
Karma: 713
Posts: 1658
Insane
ever throughout that what you consider obnoxious other people consider flattering. How do you know the pro's dont like these kids showing them support? You arent quite qualified to tell all these kids they are being stupid when you arent involved in the situation at all
Mar 1 2013 9:55PM 0 0 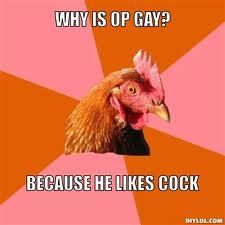