wild.
Posts: 377 - Karma: 256
Karma: 256
Posts: 377
Loner
hello everyone i would like to address a problem I know im new on this amazing site but i see this too much. lets face facts most of us are probably white here right, I know there are definitely people who are black on ns and black park skiers (Reed Lewis) but this goes to white people on ns like myself.
Saying nigger or nigga doesnt make you look cool or like a good skier so please stop. I know many a people like rap on this site that has that word in ther thats great listen to your music i love music but seriously saying "DAMN NIGGA" or whatever i think is a little obnoxious. and as for black peeps say it if you want to. but honestly its not cool or "swag" to act like someone your not
I hope you have a nice day
-ethanlikestoski
Feb 25 2013 5:57PM 70 37 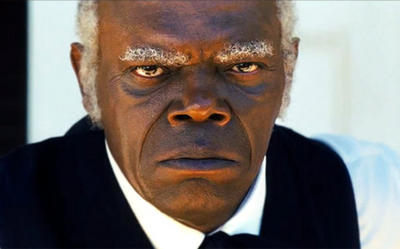 that video sums up this whole situation so perfectly

--ski--
Posts: 1670 - Karma: 815
Karma: 815
Posts: 1670
Insane
I don't ever use the word, nor will I. However, with the world thrown around so freely in popular culture, the derogatory aspect of the word has seemed to diminish over time. With rappers using the word nigger in almost every sentence, I'm surprised when black people get offended/surprised when white people use the word in the same manner as referenced in the lyrics. The more it's said by black people, the more it's copied by white people, the more offended black people get. It's a fucking paradox. As long as it's said without malicious intent, I let it slide by.

However, this isn't about me, it's about Newschoolers. Now this may sound a little pedantic, but with the word nigger being used in forums or other areas of the sight, could that deter potential members from joining? Or create a certain image of Newschoolers that the site does not want to be associated with because of the stigma the word still carries?

TotallyTrevor
Posts: 4379 - Karma: 26,103
Karma: 26,103
Posts: 4379
No Life
i realize why black people may be offended by it....same reason a dad gets offended when you yell FUCK around his 5 year old daughter.....but both are just WORDS and i think having certain words that aren't okay to say at certain times is stupid.

Byron_tha_gr8
Posts: 4567 - Karma: 14,266
Karma: 14,266
Posts: 4567
No Life
As a black ns'er and skier, i would have to say i really just don't get it. why all you white kids feel the need to say it on here or in the park is beyond me. One night of skiing at Schweitzer a ton of little 12-14 year old saga thugz literally said it every 3rd word. So i said, "hey, maybe you shouldn't go around yelling nigga because it could offend people you wouldn't want to offend" They then said, "O i'm sorry, won't happen again, we didn't mean it..." but it kind of stuck with me that since they were in an environment where i was probably one of 5 black skiers to actually ski anywhere than the beginner area that year, they felt it was "safe" to use it, like no angry black people would come kick their asses. Same thing applies here. No offense, but most of you would easily say it skiing or with a bunch of white friends but would think twice in the real world. I think if you are willing to use it in one, you should be willing to use it in the other. Only using it in a closed environment seems (to me) like its a toy, or makes you feel cooler. If its really part of your everyday vernacular, than go for it. But if you just do it because you think saying "Afterbang that shit nigga" makes you seem more edgy or cool, thats pretty dumb. Also to me it carries a lot more power than most of you probably realize. i don't know if there is a way to describe how dehumanizing and degrading it feels to be called a nigger with malicious intent. It hurts for life.
finally, to me nigga = nigger. Same word, adding an Ebonics accent doesn't change the history or the meaning.
Feb 28 2013 9:52AM 4 0

stickski
Posts: 1938 - Karma: 1,525
Karma: 1,525
Posts: 1938
Insane
well.. I mean... welcome to the world of language, there are TONS of words that I only say in private or say when I'm with my friends. I mostly agree with where you're coming from but there are always words that are innapropriate for given situations and not in others.. If you swear with your friends are you saying you think you should swear to your boss?
Mar 4 2013 10:02PM 0 0

Byron_tha_gr8
Posts: 4567 - Karma: 14,266
Karma: 14,266
Posts: 4567
No Life
No, that would just be stupid. What I am saying is you shouldn't yell nigga as loud as you can at a ski area, where there could be people who could be offended. Also goes with swearing, but this thread was specifically about the n word. Saying something that blatantly offensive should be used with more care. I really don't care if i hear it now and then, I get a lot more pissed when i see spoiled little white kids using it to sound thug. Like i was saying, if its naturally a part of how you truly talk, and its easy to hear when that is, then i really have no issue. But when im at the ski mountain, usually in the park, and at almost any ski area i've been to, kids do whatever it takes to seem more thug than the next park rat. And they seem to think that should include using an offensive word purely to further their thuggishness. That makes me angry.
Mar 4 2013 10:45PM 1 0

[~_~]
Posts: 20239 - Karma: 1,271
Karma: 1,271
Posts: 20239
@th1337
Even if we ignore for a moment the issue of it offending people (and really, you upper class white kids have no say in that realm), it still shouldn't be used because you are only making yourself look like an blithering idiot who relies on the vernacular of a 14-year-old in a desperate attempt to draw attention to their worthless thoughts. Same applies to homophobic slurs. Seriously, just stop.

Interestingly enough, NS was a generally nicer and more peaceful place back when you were allowed to say it.
Mar 6 2013 6:49PM 1 0

Tacocat
Posts: 658 - Karma: 362
Karma: 362
Posts: 658
Ridiculous
Exactly.
But I use it with my friends sometimes when we are joking around. I use the N-word exactly as i use Swag and Yolo: With my friends for fun (making fun of wannabe thugs/swagfags) and not in public 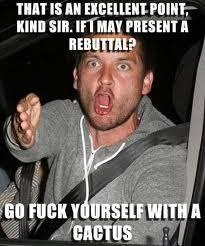