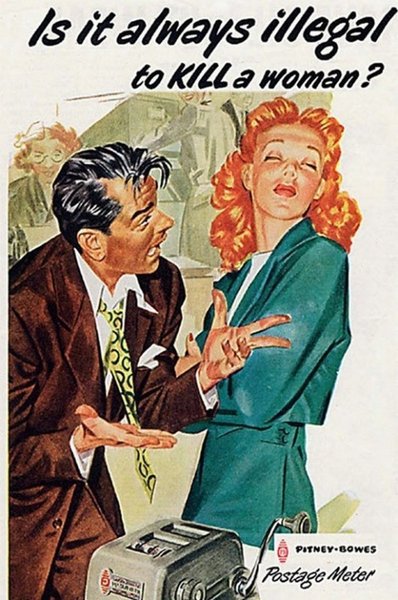 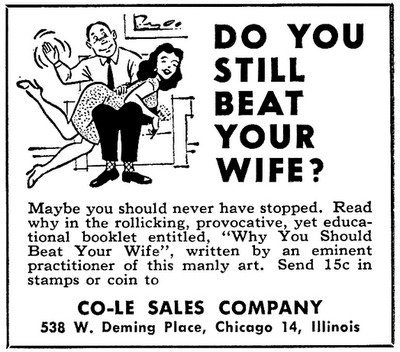 leninlover
Posts: 560 - Karma: 148
Karma: 148
Posts: 560
Ridiculous
Seriously! Cant believe it took us this long when states like the USSR guaranteed equal rights, full employment, paid maternity leave, free childcare, and free medical treatment to all women of all races as early as the early 1920's.
Feb 19 2013 2:14AM 0 0

i wish chain smoking, constantly drinking, and womanizing were not only accepted, but encouraged
Feb 20 2013 1:06PM 0 0

also, ns should allow us to tag people in posts so we can call out people in threads, i would like to see what some girls opinions on this are

leninlover
Posts: 560 - Karma: 148
Karma: 148
Posts: 560
Ridiculous
By "raised properly," do you mean that they were trained sexists and racists, incapable of critical thought, and conformed to their parents every wish? And by putting emphasis on the fact that "couples actually stayed together," do you actually support fear based relationships with women being completely dependent on men, waiting on the sidelines while their husbands cheated on them, raising the children entirely on their own, and having absolutely no freedom or room for personal development in a self proclaimed "free country?" What evidence do you have to support the fact that the children that were raised in that time period have done a very good job for the world we live in today?
Feb 21 2013 2:37PM 0 0

By that logic everyone that has been raised in stable homes are sexist, racist and incapable of critical thought? Yes, I believe kids are to respect their parents' wishes. If the kids aren't satisfied, then they are free to move out. Respecting authority figures is something every kid needs to learn, otherwise you raise some entitled anarchist that has no respect to rules and authorities, whether at school or in the workplace.
Fear based relationships? I only said I believe that it's a good thing for married couples to stay together and have a strong family unit. If that isn't something you believe is a good thing, then just don't get married.

leninlover
Posts: 560 - Karma: 148
Karma: 148
Posts: 560
Ridiculous
Holy assumptions superman.
You're initial argument was assumption central. I think you and I both realize what a strong family unit meant for women in the 1950's and 60's in America. And quite frankly, you sound like an 80 year old. Let me explain things to you: This thread is about sexism in America in the 50's and 60's, and is most likely trying not to portray it as having been a good thing. Your argument then went along the lines of, at least the family was stronger and children were raised well. In this threads context, one would easily make a connection between your point: strong family unit important, and sexism. So, your argument being in this thread, means that you would say that sexism is totally fine as long as the family unit is strong.
You left no regard for the fact that women were treated incredibly poorly. A strong family unit in no way automatically results in having well raised children. Your argument is based entirely on that assumption. My argument is simply: If a child is raised in a family where the father is expected to work and the mother is expected to take care of domestic work, that child will have trouble doing away with those expectations. Those expectations would clearly result in sexism.
Feb 21 2013 7:56PM 0 0