"While Rule 40 dictates that brands cannot use Olympic athletes in their marketing, the IOC Social Media Guidelines go further and dictate that athletes can’t mention brands, either: “Participants and other accredited persons are not permitted to promote any brand, product or service within a posting, blog or tweet or otherwise on any social media platforms or on any websites.”
Any thoughts on this?
Feb 13 2013 11:24PM 3 0

Having to see stupid Rockstar and Monster hats in every goddamn interview at the xgames and dew tour is so annoying.
The olympics are to show how far humans can go and to represent the country on this highest competitive field in the world. Not as another advertising, brand pumping tv show.
Feb 13 2013 11:51PM 0 0

SkiBum.
Posts: 3535 - Karma: 3,784
Karma: 3,784
Posts: 3535
Addict
No anything on helmets. Except for country flag I think.
Nothing on helmets, skis, etc.
Only sponsor that is allowed to be shown will be the country clothing sponsor and just normal helmet and ski graphic. Polo Ralph Lauren which is sponsoring the USA team will be shown on clothing. Just like Tommy Hillfigure was at the last one.
Feb 14 2013 12:38AM 0 0

skiingpimp
Posts: 1176 - Karma: 31
Karma: 31
Posts: 1176
Insane
It is interesting because without sponsors the olympics wouldn't exist. The athletes would not progress or be where they are at without sponsors for the 3.95 years between olympics. Sponsors allow for these athletes to make some kind of money to do what they love day in and day out. No city would host it because there would be no TV revenue. I think at some point it will be allowed. Just may take another 40 years.
End Rant
Feb 14 2013 1:02AM 0 0

razors-chaz
Posts: 2255 - Karma: 1,250
Karma: 1,250
Posts: 2255
Addict
Its been a while since ive watched any olmypic skiing. Does this mean that competitors cant even ski on their sponsors skis, boots etc or do they have to go through some screening process to determine that the branding is not too obvious. I vaguely remember something about the fis limiting the size of sponsor logo etc on racers gear. Is this the same shit as whats happening now? Surely this isnt a new thing and its exactly the same effect it had on snowboard halfpipe in years before?
Feb 14 2013 6:53AM 0 0

skierman
Posts: 6202 - Karma: -4,753
Karma: -4,753
Posts: 6202
No Life
You are so right! It has been sponsorship dollars that are keeping the Olympics running, even the decades before the idea of sponsoring wasn't invented yet!

blindside
Posts: 5617 - Karma: 1,170
Karma: 1,170
Posts: 5617
No Life
Actually the London Olympics were promoted as the 'greatest show on earth'. And that's what the Olympics really are, an enormous show that generates profit.
And skiierman thanks for contributing to the stupidity in this thread (from the Olympic site):

Support from the business community is crucial to the staging of the Games and the operations of every organisation within the Olympic Movement.

Revenue generated by commercial partnerships accounts for more than 40% of Olympic revenues and partners provide vital technical services and product support to the whole of the Olympic Family.

Each level of sponsorship entitles companies to different marketing rights in various regions, category exclusivity and the use of designated Olympic images and marks.

And here's the official IOC marketing media guide, which starts by thanking the Olympic's partners for making the whole thing possible: http://www.olympic.org/Documents/IOC_Marketing/London_2012/IOC_Marketing_Media_Guide_2012.pdf

Ali.
Posts: 380 - Karma: 68
Karma: 68
Posts: 380
Loner
I was thinking about this a while ago. I think it's a good idea to be honest. It'd be weird to see all the gear/outerwear without any logos etc. though. However, at london 2012 watching bmx racing i saw an oakley logo on all their goggles. It never said "Oakley" but it looked exactly like the oakley o. The Olympics is no place for advertising in my opinion but i think small things like that are okay. Just as long as it's not abused and becomes like the x games. 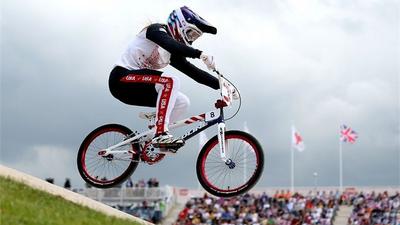 Static
Posts: 8390 - Karma: 3,416
Karma: 3,416
Posts: 8390
Crazy Fool
Many of you are missing half the issue, companies can't even use the athlete for advertising outside of the olympics, ie. in magazine ads or on their website. All this rule does is protect official sponsors, in no way does it add to the athleticism of participants.
Feb 14 2013 5:41PM 0 0

MMA blood is spilled I would much rather be thrown into a wrestling rule with the top guy in the sport than a MMA ring.

c-fries
Posts: 953 - Karma: 4,680
Karma: 4,680
Posts: 953
Insane
Aside from the fact that the outside advertising thing is a bit gay, the Olympics is supposed to be about representing your country, not yourself.
I'm all for flashing an American flag in front of the camera as opposed to your ski sponsor.
Feb 14 2013 6:23PM 0 0

BlackCupid
Posts: 1533 - Karma: 8
Karma: 8
Posts: 1533
Insane
With the exception of golf, almost every sport is physically demanding. I don't see how that makes the sport any more interesting to watch.
What I don't like about wrestling is that they're constantly having to reset because they went out of the circle. How dumb is that? They should just put them in a cage so that they can't leave. Maybe then it would be exciting.
Feb 14 2013 6:30PM 0 0 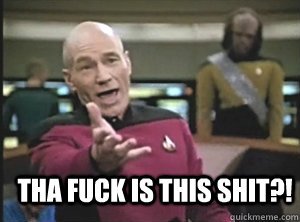 GirthBrooks
Posts: 105 - Karma: 147
Karma: 147
Posts: 105
Pro
this is what I thought. sponsoring an olympic athlete is a marketing goldmine, especially if the athlete is on the podium. and seeing as (correct me if im wrong) most of a competitive skiers income comes from endorsement, not being able to mention or capitalize on the success of the athlete during the games could mean a missed opportunity for both the athlete and the sponsor. in any other sport this wouldn't really matter but because so much of the sport is reliant on endorsement and sponsorship it could have a greater effect. i do agree with the rule in that the athletes themselves won't be able to represent their sponsors like nascar or a billboard, however i do think that it would be in the best interest of the industry and sport if the sponsors were allowed to advertise the success of their athletes during the games.
Feb 14 2013 8:41PM 0 0

NCgaron
Posts: 142 - Karma: 15
Karma: 15
Posts: 142
Pro
yes there is a size restriction to all logos i believe and in bike sports there is a limit to how many and how tall the logos can be. personally i like the look i find it looks very sleek i will be interested in seeing how they deal with this on skis 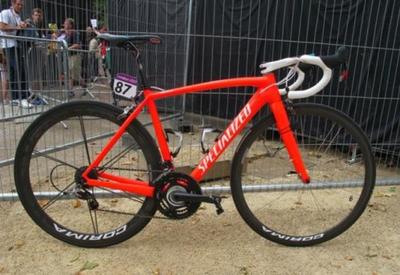