In the past i had often reach out on NS to find new kids to ride or film with. In most cases i have great sucess finding where real jibninja's are at but lately it has been the opposite.

I understand how kids can exagerate..... but dont lie or be confrontational.

i made several threads to find central ny skiers....   of the many responses i had many negative nancy's trashing my skiing.   telling me oh if you ride with us you'll get hurt..... oh you cant hit urban blah blah blah

since the start of febuary i have meet several NS users.....  many of these kids have pictures of grab spins corks flips and technical jibs............now i didnt now set high standards by any means the riding in CNY is far below my standards... killy MT snow Bromley.. lastly jiminy peak.

Upon riding with several different groups of kids who were trashing me online, i came to learn why newschoolers is the real catfish

... so i invited some riders i though were better than me, after my 15+ years skiing park   theres not many features i wont do.  I have ridden across the USA.. Park city tahoe and Carinthia

Urban: everyone says they do urban. now i have done probally 12 differnt large handrails, even got charged for tresspassing at the Doane Steward rail garden ( private school that looks like Hogwarts )

Reality:  suddenly after several days of trashing me i realized i didnt have 10 skiers....

i had 10 kids that wanted to film, because they were tired, didnt feel like it, oh its sketchy, dont want to hurt my skis.

----  werent y'all just telling me i was going to get hurt if i rode the urban you do.

Park: past week i have skied 3 times experimenting with new NS users, crews to ride with.

the park set up was nothing crazy,  i would compare it to a bunny rail garden and small jumps getting up to 40 feet.

now all the rails i did switch, sw 270's   inverted all the jumps.   hippie killed the flat boxes

Reality:  why werent my buddies hitting any featues at all. im doin this shit backwards high and with beers in my sweatshirt.

P.S.   everyone claimed they got nugs,  didnt even want to get smoked up wtf 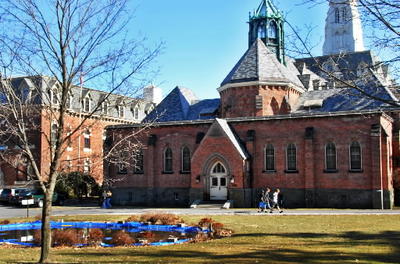 jwv
Posts: 559 - Karma: 1,189
Karma: 1,189
Posts: 559
Ridiculous
Catfishing is pretending to be someone else on the internet. It is more often associated with online dating. There is a show called Catfishing or Catfish or something like that about people who are on online dating and when they go to meet their partner for real, it turns out to be some creepy 45 year old.
Feb 4 2013 3:31PM 0 0

SnowRidgeParks
Posts: 2146 - Karma: 88
Karma: 88
Posts: 2146
Addict
Damn, sounds like you either found the wrong cats to ride with or things have changed in the past two years. There used to be plenty of chill kids to ride with in CNY. Maybe they've all moved on, but I'm pretty confident they're still out there shredding...

sorry for those who thought this was uneccesary......

but we all have friends that ski differently then what they claim on NS.

honestly, kind of interesting with all this eharmony and match.com bullshit
Feb 4 2013 3:54PM 0 0