The state of Missouri has been in the national spotlight recently because of comments made by Republican Congressman Todd Akin who claimed that raped women rarely get pregnant. After his statements hit the Internet, immediate outrage burned across the country. Akin later apologized, but his statements have rekindled a nationwide debate. One that republicans desperately do not want to have, lest they alienate a wide majority of female voters.

Sharon Barnes, a high ranking state Republican, came to the defense of her conservative colleague who she believes only "phrased it (his statement) badly."

Barnes was quoted by The New York Times saying, "abortion is never an option." Barnes went on to biblically claim that, "If God has chosen to bless this person [the rape victim] with a life, you don’t kill it." 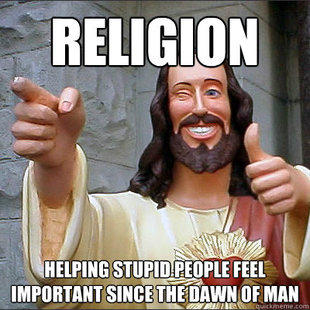 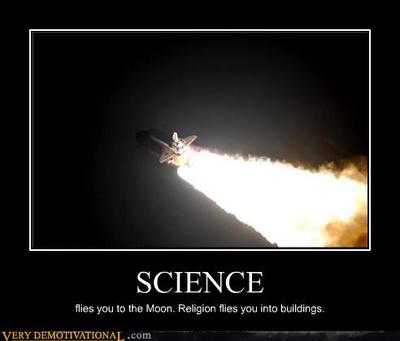 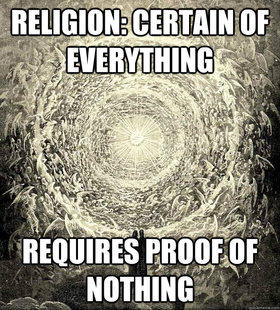 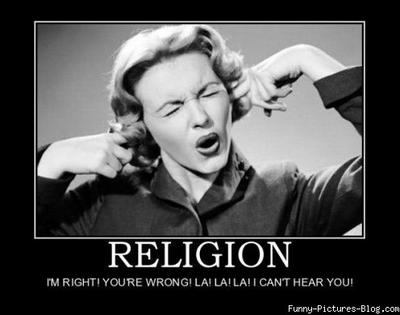 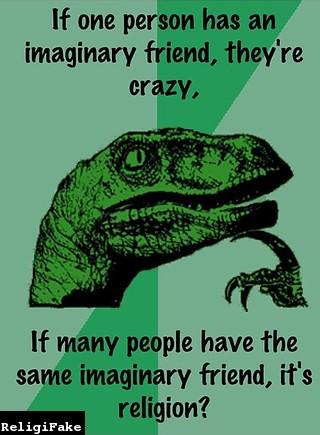 El_Barto.
Posts: 11618 - Karma: 24,057
Karma: 24,057
Posts: 11618
Crazy Fool
Science and god are in no way linked. Only stupid people assume this. Science, rather biology, studies largely the evolution and function of organisms and to a lesser extant their origins. evolution and creationism can coexist just fine if youre not an idiot
Aug 26 2012 2:11AM 0 0

joshua
Posts: 5046 - Karma: 1,266
Karma: 1,266
Posts: 5046
No Life
Modern Science, including the big bang theory, theory of evolution, etc. is all compatible with Christianity. Now some Christians would object saying "Nope, the Bible says the world was created in six days, so it must have been created in six, 24 hour days." The truth is though, Genesis 1 is open to all kinds of interpretations, the six day creation is just one of them.

Also, don't think that this is a retreat or compromise made by Christian apologetics today. Augustine wrote that he thought God created the world with "potencies that unfolded over time." This was 1500 years before Darwin.

So I guess my point is, just because many uneducated or stubborn Christians today insist that the six day creation is the only game in town for Christians, don't ignore all the many Christians who are more reasonable with the matter, Including many reputable scientists and philosophers.
Aug 26 2012 9:26AM 0 0

have you ever heard of the big bang theory? it's science. and it can't coexist with creationism

SpookyCat
Posts: 1232 - Karma: -2,618
Karma: -2,618
Posts: 1232
Insane
Anyone who says science disproves the existence of a creator of whatever kind, is idiotic. Whoever says there is definitely a creator and everyone else is wrong, is equally idiotic.

With that said, many of the people who founded scientific study were religious because they had to be. At every major discovery, or step in the progress of humanity, the church and religion were always there to denounce it and to try to destroy it. Back in older times, the church had the power to excommunication and even execute those who were trying to understand the world around us through tangible and definite means rather than closing their eyes and submitting themselves to what the church said.

Sadly this continues today because even though there have been people who fell under religion that were essential to the world of science, most that are religious lack any sort of common sense or the ability to think for themselves. The ones they listen to focus more on controlling their people rather than informing them.

joshua
Posts: 5046 - Karma: 1,266
Karma: 1,266
Posts: 5046
No Life
What exactly about the big bang disproves the possibility of a creator? The big bang theory basicely states that everything in the universe came from pretty much nothing. How exactly does that disprove anything about God?

This article by William Lane Craig discusses the big bang from Christian perspective in greater depth:

I'm not trying to force my beliefs on you here, I'm just trying to explain why science and the Bible are not at loggerheads with each other.
Aug 26 2012 1:23PM 0 0

midwestpowhunter
Posts: 2198 - Karma: 189
Karma: 189
Posts: 2198
Addict
religion is a belief system not a way to run a nation. the fundemental idea that christians should be able to develop a legal system around their beliefs nulifies the entire idea of separation of church and state. furthermore the idea that someone is bad or immoral for having an abortion is a judgement only god can make not a senator. by doing so, they are completely disregarding on of the most sacred ideals christianty preaches Luke 6:37 Judge not and you will not be judged, condemn not and you will not be condemned; forgive and you will be forgiven. Im not religious
Religion is a terrible platform to base your political beliefs on. Why in the world should people vote for someone because they are christian? oh ya politics is fucked bc its a damn middle school student council for grown ups. The popular kid always wins even if hes a fucking idiot/end rant
Aug 26 2012 1:37PM 0 0

if you're going to go all grammar police on everyone, at least make sure you yourself can spell basic words right before shouting at everyone else about it. if not you're just going to look like an idiot. like right now.

penguiin
Posts: 1443 - Karma: 561
Karma: 561
Posts: 1443
Insane
you either believe God created the earth in 6 days or you don't believe what God says only what you want to belive, it CLEARLY states he made it in 6 days, no other way to interpret it, go and and say "oh it's not a literal day" but please go do some research and look at how the hebrew word for "day" is used in when he states how he created the earth in 6 days and whenever he uses day everywhere else in genesis, it's the same exact word, how could the same word not be taken literally in one part of the script but not another.
Aug 26 2012 4:58PM 0 0

Ac31stuff
Posts: 557 - Karma: 10
Karma: 10
Posts: 557
Ridiculous
Jesus taught people to forgive and to help those who are less fortunate then your self. The bible teaches mythical tales, that women are to blame for everything, and that people cant think for themsellves. also since the senator is from missisippi i find this to be relevent <iframe width="480" height="360" src="http://www.youtube.com/embed/7IFbJU0VWhE" frameborder="0" allowfullscreen></iframe>
Aug 26 2012 8:05PM 0 0

Ac31stuff
Posts: 557 - Karma: 10
Karma: 10
Posts: 557
Ridiculous
Telling someone what they belive is wrong because they are smart enough to know and belive in scientific proof and evidence is pretty lame on your part. telling someone "your either an ignorant fuck, or your not christian" is the stupidest thing ever
Aug 26 2012 8:10PM 0 0