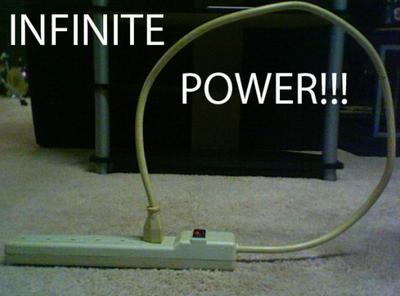 ButtahMastah
Posts: 9666 - Karma: 1,511
Karma: 1,511
Posts: 9666
Crazy Fool
I don't understand why people want to fuss about the owners opinions. Have any of you bitches ever been to liberty snowflex? That place was funded by the owner of chick-fil-a. I am all for gay people to get married, but I am also all for spicy chicken sandwiches and the toothbrush bristle mountain in Lynchburg so I am choosing to ignore the opinions of the guy who owns chick-fil-a.

Amadeus.
Posts: 3050 - Karma: 381
Karma: 381
Posts: 3050
Addict
They give a lot of money to anti-gay marriage activist groups and such. So even if you choose to ignore it you are actually putting money into organizations that are trying to prevent gay marriage and gay rights.

It would be one thing if the dude just said those were his personal views but the fact that he uses his company to fund political entities that work to try and harm the gay rights movement is why people are refusing to go there now.
Aug 7 2012 1:40PM 0 0

J.D.
Posts: 21358 - Karma: 5,093
Karma: 5,093
Posts: 21358
@th1337
The problem is that he is taking the money you spend on those chicken sandwiches and donating it to organizations that actively seek to prevent gays from attaining equal rights. One of the organizations he supports called for the U.S. to condone a Congolese law which provided that homosexuals would be sentenced to death.
Aug 7 2012 1:42PM 0 0

Talk about this whole thing being blown way out of proportion.

This thread fucking sucks assholes.  It did last week, it will this week and if it pops up again it'll suck assholes next week too.

You can't get people who believe they are entitled to hate and control others to exammine their beliefs from an outside perspective, they're too entrenched.  They actually believe that the liberals are the ones persecuting them for their beliefs when they are in fact by far the greatest offenders themselves- a projection that is quite telling.  It's insane how simple definitions can escape an entire sector of the populous like that.  They just regurgitate whatever they heard from hardline conservative shock media and roll with the hate because it elevates them in their mind.

Besides, it's been proven that those who are most vocally homophobic are most likely to be externalizing a loathe for oneself.  Whether it's feelings of failure, inadequacy, depression, etc it's much easier to crumple it all up into a hate ball and send it down the line.  If you have a problem with what makes others happy, it's most likely because you're a miserable fuck and everyone knows misery loves company.

It's actually really really sad the way this has become a wedge issue.  I really wish politics would gtfo of peoples' personal lives and concentrate on the very real problems at hand.  .

Amadeus.
Posts: 3050 - Karma: 381
Karma: 381
Posts: 3050
Addict
Thats not the point. I don't care if the owners are bigoted. Its whether or not they politically use their money in a way that looks to suppress the civil rights of others. A lot of CEO's may be bigots but they don't spend their companies money support their personal bigotry.

If you have ever bought a yummy chicken sandwich from Chick Fil A, some of your money went on to be donated to the National Organization for Marriage, the Ruth Institute, the Pennsylvania Family Institute, Focus on the Family and Exodus International. all activist groups fighting against equal marriage rights for gays and many running programs designed to cure homosexuality.
Aug 7 2012 3:32PM 0 0


I think maybe socks. Many of us where socks. Kids in africa don't have socks. I think we should take out hanes and start with michael jordan. He's the reason most people wear their socks. I say we boycott.

eat the sandwiches and stfu....

TechnoPotamus
Posts: 11626 - Karma: 3,506
Karma: 3,506
Posts: 11626
Crazy Fool
to be honest, it isn't really our business to judge them for how they spend their money. we can disagree with it, even to the point of not wanting to support their company any longer, but at the end of the day - they have come into (assumedly) greater success than we have thus far and if they want to use their millions to do as they please....well that's what they can do.
Aug 7 2012 5:25PM 0 0

Actually in my town. I was buying this kid *soda a couple years ago and I gave it to him across the street at an ice cream stand. Was talking to him and some other people there. Anyway 2 guys came up and bought ice cream. Might have been gay, might not have been. Other than 2 guys like 18-20 buying ice cream, nothing crazy.

Anyway this kid went out of his way to make some comments about them. And nobody had even been thinking anything of them. I remember thinking, wow that's totally unnecessary. He was doing the mock "gay" voice and calling them some lovely names. Wasn't even like the topic came up and he had to add something or get accused of being gay. He was the only one saying anything, and nobody else gave a shit.


Shockingly he hits me up all the time and wants to suck my dick.

Just saying, there is some validity to that whole thing.

Nathn
Posts: 2408 - Karma: 63
Karma: 63
Posts: 2408
Addict
Yup people leading drugged up children filled armies and a human rights situation similar to that of what black people and women had to go through is just like wearing socks or not wearing socks for no reason
Aug 7 2012 8:13PM 0 0

Zimmerman
Posts: 6992 - Karma: 1,005
Karma: 1,005
Posts: 6992
No Life
Of course they have the right to say whatever they want, but they shouldn't expect to not hear an uproar when funding the programs and organizations they do. I would never eat there because I don't want my money going to those things. Officials also have the right to say that Chik-fil-a will not be welcome in their cities. They aren't disallowing them from building a store, they are just saying, "hey, we think you suck, so if you build a restaurant here, we won't support you/eat there." Chik-fil-a is also a dirty company. They fired a muslim employee because he wouldn't join in on an "employee prayer" (which is rediculous to even have, let alone discriminate based on). Also, to say they don't hate gays would be wishful thinking at best. They also donated $25,000 to an organization which supports the KILLING of homosexuals in Africa. This is what the uproar is about, and they sure as hell deserved it. Yes, they can say and fund (as long as it's legal) whatever they want, but don't expect people to eat there, or stop protesting for that matter. I would be very happy if they went out of business.
Aug 7 2012 8:49PM 0 0

Amadeus.
Posts: 3050 - Karma: 381
Karma: 381
Posts: 3050
Addict
It kind of actually is the business of those of who have gay friends/family or for those who are just gay. Their contributions potentially effects our lives. 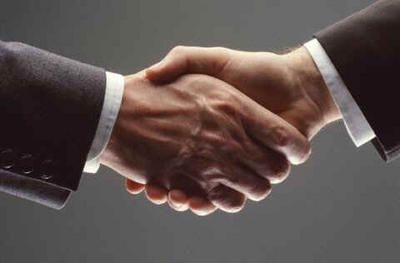