cmleibold
Posts: 21 - Karma: 10
Karma: 10
Posts: 21
Lame
Ok, so there are going to be a few claims in here, just deal with it. My 21st birthday is Monday and were throwing a house party. Among the 35-40 people coming are quite a few girls. This brings me to my problem. In my mass invite, I may have kind of fucked myself over. First, I invited an exgirlfriend. Not just any ex, but the one I was with for two years and madly in love with before she broke my heart. We reconnected a little bit ago and now every time were around each other we hook up. I'm probably still in love with her, can't really tell. Also, I'm of the opinion that's she's the most beautiful girl at any given time, but I'm sure that my feelings for her cloud that. However, I'll never be in a relationship with her again because she won't do it since I'm moving across the country in less than a month. Next, we have a slut that I invited, one that I hooked up with on the fourth of July, and had a foursome with her, my friend, and his girl (not gay, awesome). She's pretty cool and cute but she's dumb as hell and I can't hold a conversation with her without wanting to kill myself. However, she's permanently dtf. The third girl is one I have never hooked up with but I'd kill to. She's gorgeous and really chill. We partied together a few nights ago and all the signs were there that she was ready to go and she made me promise I'd let her know when my bday party was. The last girl is the longship. Foreign, hot as hell, fat ass, great body. Everyone's in love with her, including another of my best friends. Just recently she started texting me a shit ton and always tryna hang out, drink, anything really. Idk if I could land her and it'd be tough, but the challenge could definitely pay off. Anyways, blonde slut (the second girl) and I are going on a vacation with a group of People the day after, sharing a room and everything. So the biggest issue I have is how to not let her see me or feel bad about me talking to or hooking up witho these other girls while were partying the night before, I'd like to still be able to get with her on vacation. Also, idk what my best play is going to be on monday. I know I can get with me ex (she's sendin me pics of dresses, asking me to pick which one is the shortest so she can dress slutty for me) but I'd also like to hookup with girl three or make a run at four. I just don't want my ex to see that or get hurt by it. Again, still lots of feelings for her. Any advice you have about this (don't be a douche) is appreciated. Short version: Four girls, one me One ex, one slut, one 75 percent down, one 25 percent Ex is gorgeous, sluts alright, 75 percent is sexy as hell, 25 rivals the girl Next door Going to be sharing a room with slut on vacation, still wanna get it in Need to find a way to not hurt them/still get mine Ex and slut are easy, other ones are challenge.
Jul 15 2012 2:25AM 0 0

Anyway, we need pics of these girld to help you.

But i'm thinking that if you want to get them all in one night and not hurt them, try to get them at different times throughout the party. As in, beginning, later, later, closer to the end. I wouldn't really suggest having a foursome with them. One/some of them might get weird feelings for you since you might have treated the other girls different than her, something like that. Try to save the best of yourself for your ex and just try to impress her. Then try to do the rest as I said at different times but throughout the night and so that the other girls don't notice. Because as I said, they might notice and then later have weird feelings for you. Well.. Best of luck at your party! Hope this at least somewhat helps.
Jul 15 2012 3:03AM 0 0

Rachy
Posts: 4354 - Karma: 2,673
Karma: 2,673
Posts: 4354
No Life
Way to create drama on your birthday.
Guys complain that they hate girls that bring drama... yet you do things like this? Not always our fault.
The one your friend is into is a NO GO.
Your Ex. Well, you're an idiot cause she's just using you for a screw now and then. That isn't going to happen, get over it. You're probably going to piss her off a bit by hooking up with another girl, but we're jealous like that so whatever.
You're left with the slut and the one your friend isn't into (forgot if that is the 25 or 75). Anyway, sluts have feelings to. If you're about to go on vacation with this girl and share a room, you don't want to piss her off. You are going to end up with stupid drama at your birthday and even more lame drama after if you fuck this situation up. I think you realize this.
Also, just because a girl is massively flirty, doesn't mean she is down to fuck. How to know if she wants to fuck: She tells you, she has told you about her underwear, she looks at you with eyes that pierce your soul, or you've already fucked her. If none of the above happen and she's just really super flirty and you know she's been with other dudes, she isn't down to fuck, she's down to have you chase after her and maybe take her on a date.
It's your birthday, go the path of least resistance. The slut is the way to go. You know you can get some and will cause no drama for the week after. If the other girls are truly down, you'll make em a little jealous and they'll just try harder next time. As far as the ex goes... get over it.
Jul 15 2012 7:50AM 0 0

Hamster.
Posts: 1636 - Karma: 26
Karma: 26
Posts: 1636
Insane
This although you could try for number three I think it was? I mean the last one would be nice, but its a long shot and to spend your entire night chasing her would defeat the purpose of having a party. Remember the night as party+sex, not just chasing for tail. Again "least resistance", but you could also try for the third one if you'd like, because its maybe a possibility with a little bit of liquor.
Jul 15 2012 10:29AM 0 0

JakeAssBeatClap
Posts: 6673 - Karma: 2,541
Karma: 2,541
Posts: 6673
No Life
Run the gamut brother. One of the best nights of my life I was in a very similar situation almost to a T but with three girls rather than 4. Girl I invited to party during class, girl I had been hooking up with who knew about the party, and my ex-girlfriend who came in town that week. Hooked up with all three. Blowies from the first two sexy time with my ex.
Good shit see if you can do it. Just be all stealthy and shit.
Jul 15 2012 12:14PM 0 0

WorthDaMoney
Posts: 1140 - Karma: 741
Karma: 741
Posts: 1140
Insane
i love when logic works... well actually it works pretty much all the time just people never use it.
and i think you being logical has more to do with the fact that you like math and probably study very little but are able to understand it all faster because you make logical links between new things youre learning, and things youve learned in the past ... atleast thats exactly what i do
Jul 15 2012 12:26PM 0 0

As promised, here are a few pics: 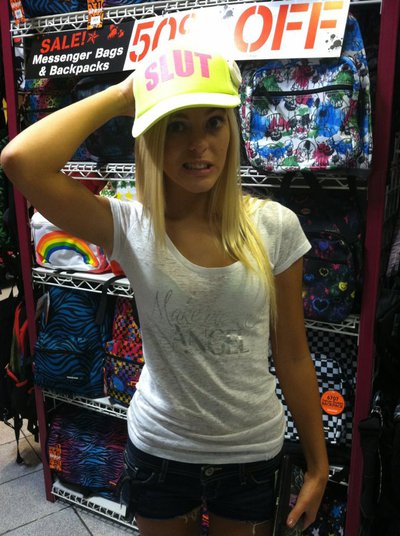 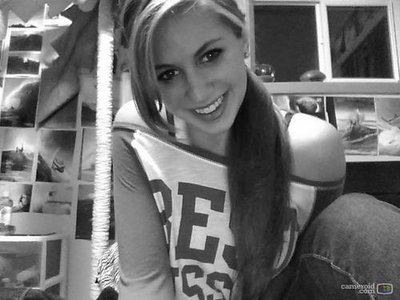