Detroit man gambles away 1.5 million not his.

Ronald Page seemingly had it made when Bank of America unintentionally changed his account status, allowing the 55-year-old man to make unlimited ATM cash overdraft withdrawals.

But ABC News reports that Page, who in reality had only $300 in his checking account, used the accidental loophole to withdraw more than $1.5 million—losing it all on gambling.

"In this case, the bank's glitch allowed the defendant to lose a significant amount of money that was not even his in the first place," reads the U.S. Attorney's sentencing memorandum, obtained by ABC. "The fact that defendant acted on an impulse does not minimize the seriousness of his conduct and the need for a custodial sentence."

The day the Bank of America glitch went into effect, Page reportedly withdrew $312,000 from ATMs at the Greektown Casino in Detroit and an additional $51,727 from the MGM Grand Casino. Bank of America placed a hold on his account 17 days later, but he had already withdrawn $1.5 million by that point. 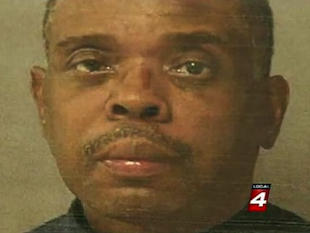 The glitch reportedly occurred because Page originally had a banking account with LaSalle Bank. When Bank of America acquired LaSalle, the glitch somehow occurred while the two banking institutions were transferring account information.

Page, who does not have a prior record, could have faced a steeper sentence but prosecutors said his crime was a "lapse of judgment" and placed blame with Bank of America for allowing the withdrawals to take place.

In addition to the recommended 15-month sentence and order to repay the funds, the U.S. Attorney's Office has suggested that Page be prohibited from gambling in any capacity.

"If his gambling addiction is not addressed, he is very likely to cause further financial hardship to himself and his family," the memorandum reads.

PopsicleStand
Posts: 6890 - Karma: 145
Karma: 145
Posts: 6890
No Life
he was overdrawing money from his checking account and the bank wasn't stopping him you fucktard, how did the bank fuck up other than having a shitty glitch that allowed him to steal 1.5 mill from them? he was STEALING. What would his sentence looked like if he robbed a bank of america for 1.5 mill and didnt have a slick lawyer?
Jun 24 2012 10:20PM 0 0

NCBLESSED
Posts: 366 - Karma: 84
Karma: 84
Posts: 366
Loner
Paying back 1.5 mil is going to financially cripple him for life. BOA should just take the loss, it was ultimately their fault. For a corporation like them, 1.5 million dollars is a loss, but a manageable one. To the average American, making 1.5 million dollars after taxes and living expenses takes decades, if not a lifetime to do.
Jun 24 2012 11:17PM 0 0

gotti
Posts: 4269 - Karma: 4,511
Karma: 4,511
Posts: 4269
No Life
This guy is a dumbass. The whole point of gambling is to acquire currency. But when you have a magic atm that allows you to acquire unlimited amounts of currency, why gamble?
I also think it was the banks fault, the man was using the atm properly and it was the banks negligence that allowed him to withdraw copious amounts of currency. This is just one fucked up case.
Jun 25 2012 1:10AM 0 0


He had $300 in his checking account and somehow decided he could withdraw $1.5 million? That's no lapse in judgement, that's theft. It's not even a debate. The fact that he gambled it away should tell you a little something about how he handles his money.
Jun 25 2012 1:13AM 0 0

seward
Posts: 5233 - Karma: 2,166
Karma: 2,166
Posts: 5233
No Life
how in da fuq are any of you arguing this guy shouldnt go to jail?
everyone knows you dont get $1.5mill in overdraft and something must have been wrong.
he continued to withdraw, with no intentions of possibly being able to pay back such a large sum of money, last i checked, thats theft.

ever heard of Dan Mahowny??
He embezzled over $10million from CIBC Toronto branch in the early 80's!
was flying to atlantic city almost everynight, true bosssss status.

his book is called Stung, and its maybe one of the best i have ever read.

There is also a decent movie on it called Chasing Mahowny

Ski_ThEast
Posts: 1676 - Karma: 272
Karma: 272
Posts: 1676
Insane
this.  How is anyone defending him going to jail.  If he was smart though he would have maybe taken a quarter million or half million in a longer time span so it would have been less noticeable, then invested it and if he ever did get caught he would at least be able to pay it back, but they probably wouldn't have noticed.