.ZT.
Posts: 5679 - Karma: 2,782
Karma: 2,782
Posts: 5679
No Life
This is fucked up, I just got an E-Mail to sign this petition against the KKK adopting a highway in Georgia. If you want to help stop this BS sign here: http://www.change.org/petitions/don-t-let-the-kkk-adopt-a-highway?utm_source=action_alert&utm_medium=email&utm_campaign=WYPkghwMbZ&alert_id=WYPkghwMbZ_LoqDnKmoyd
and read the article.:

The Ku Klux Klan (KKK) is an organization intent on promoting white supremacy through terrorism and political violence. Throughout their 150+ years of activity, they've organized and carried out lynchings, bombings, cross burnings and actively campaigned against the Civil Rights Movement and desegregation. Anyone who does not fit their narrow definition of being a "true American"- white and Christian- is a target of their violence, including African Americans, Catholics, Jews, immigrants, communists, etc. Their death toll numbers are in the thousands and the damages they have inflicted on our country are immeasurable.

And now, the Ku Klux Klan wants to "adopt" a highway in Georgia.

The "adopt a highway" program allows local civic-minded organizations to help clean up stretches of highways in return for free advertising along the road. Meaning the KKK would be able to advertise their organization and increase their membership on public land, for free.

Harley Hanson, the leader of the Klan's Realm of Georgia who filed the application for the Klan, says: "I love my race. Does that make me wrong? I'm proud to be white."

As a Georgia resident, I do not want a highway funded by taxpayer dollars to become an advertising site for an organization that has murdered, maimed and terrorized American people for 150 years. The KKK is not a civic-minded organization; they are a domestic terror group.

"What's next, are we going to let Neo-Nazis or the Taliban or al-Qaida adopt highways?" asks State Rep. Tyrone Brooks.

And I agree. So now I'm calling on the Georgia Department of Transportation to reject the KKK's application to adopt a highway. Terrorists have no place on the sides of our highways.

Spark notes: KKK wants to adopt a highway stretch in Georgia in order to advertise their organisation for free.

The signs are simple and the same for anyone who wants to help. 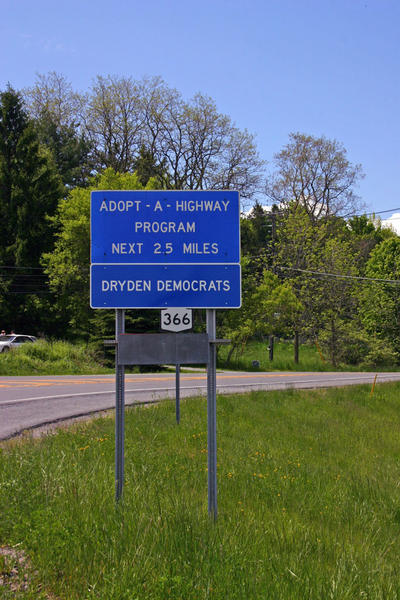 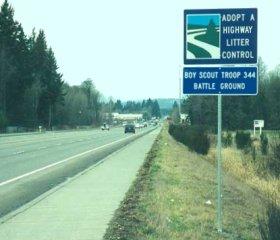 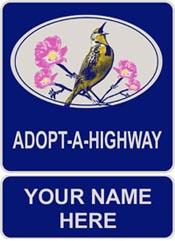 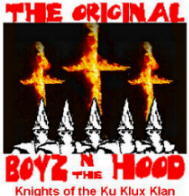 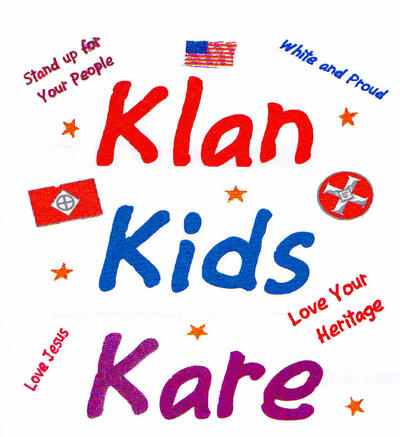 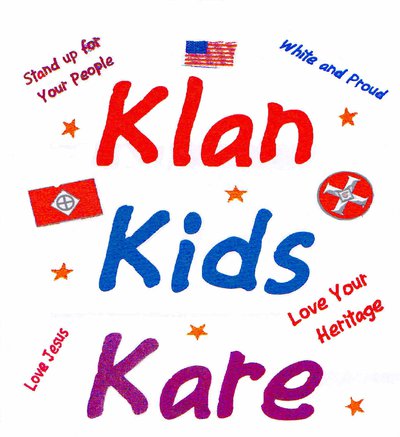 derekstreesv2
Posts: 314 - Karma: 35
Karma: 35
Posts: 314
Loner
When I was in Alabama I came across a skin head gathering. there were a lot of big pick up trucks with Confederate flags hanging off of them at a park. It was sketch so we dipped out. Not trying to stay around there especially with my friend who is half black. First time I had come across one of those.
Jun 13 2012 1:45AM 0 0

I hate how violent they are about a whole group of people, if I saw someone wearing one of their shirts, I would shoot on site...

It's like saying I hate people because they hate people...It's just a bit silly.

So?  I'm sure Georgians will enjoy having a new place to dump all their non-mail garbage.

EastCoast315
Posts: 3136 - Karma: 138
Karma: 138
Posts: 3136
Addict
That's stupid. Let them pick up the trash.
They aren't breaking any laws, and we shouldn't set the precedent that if you're "controversial" then the rules are different and more stringent for you. If it bothers local blacks, let them organize a bikeride right by their garbage-picking sessions. Then, if the KKK guys retaliate, it's all over the news, they get more bad press, and then the local government has a reason to force them out.
Just saying "you're bad" shouldn't work. Fuck, the picture above where some democrat group adopted a highway is more offensive to me than the KKK. Racism, we can combat pretty easily. Huge government? That's another story, and a lot harder to resist than some racist minority faction.
Jun 13 2012 10:54AM 0 0