KEVTRON
Posts: 3530 - Karma: 1,005
Karma: 1,005
Posts: 3530
Addict
Anyone have or ever ridden one? Ive been back and forth between crotch rockets and dirt bikes for the past 3 years now. I get one then I get bored and want the other. Ive been thinking about super motos for a year or 2 but I always like the look/speed of the crotch rockets better so I always ended up getting a rocket. Now its time to put "looks" aside and grab a bike that will still be as fun as the rocket on the road but can also do some light trail riding also. Looking at the DRZ400 SM because I hear they never die. Unfortunately everyone I know has a rocket so I cant test one out before I buy. I just dont want to buy it and hate it. Im sure either way ill love it, I just dont want to wish I'd rather have  a rocket. Anyone have any input? 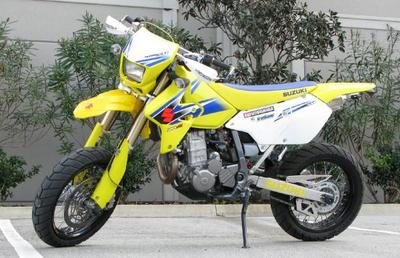 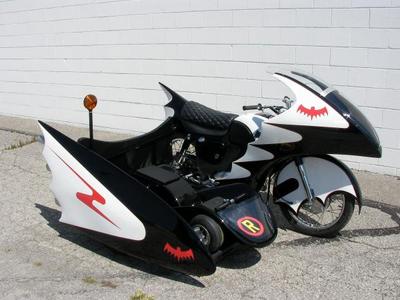 midwestpowhunter
Posts: 2198 - Karma: 189
Karma: 189
Posts: 2198
Addict
my bud had a vor motard. It was wicked fun!! dont compare to rocket. its a dirt bike on the street. if you look at it that way it is soooo much fun. jumpin sidewalks and speed humps. they handle sweet and there is nothin like a big throaty 4 stroke pullin up next to people in traffic. you can scare old ladies on accident.
ive had rockets, which are fun but it gets old. i couldnt see motards getting old
Apr 16 2012 7:41PM 0 0

D4VE.BC
Posts: 244 - Karma: 92
Karma: 92
Posts: 244
Loner
I really don't think you'll regret going the suermoto route- It'll be way lighter and more agile than a crotch rocket on the twisty roads and more fun in the city. Not as fun for ripping up the highway, but neither are massive tickets that come with doing that. The thing you will regret is getting a dual sport (Drz,) like I did. They're old-school technology... Yes, they'll last forever, but so will most other bikes given proper maintenance. The Drz's are top heavy, heavy in general, slow, and are lacking in the suspension department. These things can be improved on with aftermarket parts and mods, but I don't feel like it's worth it. Some people will disagree with that- the Drz's definitely have a bit of a cult following.  Another thing- I'd go with road slicks like in the picture you posted. The dual sport tires that can go on/off road are not very good at anything in general. In my experience, they were terrible for even light off-road use, and downright scary on the streets if you wanted to have a bit of fun. This was the main reason I sold my DR. To do it right, I'd pick one or the other. Either get a dirt bike with knobbies, or get a supermoto bike with slicks, street tuned suspension and larger brake rotors. If you have the funds, something like a KTM 450 or 525 would be amazing. 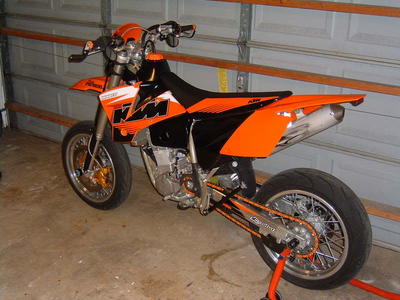 Depending on where you live, you can plate them quite easily. This guy lives in Georgia and from what I can see, he doesn't even have rear blinkers. I wouldn't recommend that, but that just shows that it's unlikely that you'll have to jump through hoops to make the Katooms street legal.

Anyways, that's just my 2 cents with the riding experience that I have... 12 years of dirt bike riding/racing experience, 2 years spent on a DR400, and a bunch of time spent in the last couple years on a VFR800 that my dad owns.