EmperorKuzco
Posts: 6660 - Karma: 250
Karma: 250
Posts: 6660
No Life
Here's my advice. Stop doing missions, you're only making yourselves look that much more stupid. Newsflash this isn't the 18th century and people don't want to be bothered by all your religious bullshit. If they want to learn about your religion then they will probably try to join the church on their own. Random people don't need kids coming up to them telling them about some psycho dumbass who was the only one allowed to see "sacred tablets" with "the word of god" on them. See ya later.
Apr 16 2012 4:22PM 0 0

RockyMountnHigh
Posts: 990 - Karma: 14
Karma: 14
Posts: 990
Insane
For this they must be condemned to hell. But seriously I highly doubt mormon parents would even let their kids see or read LOTR 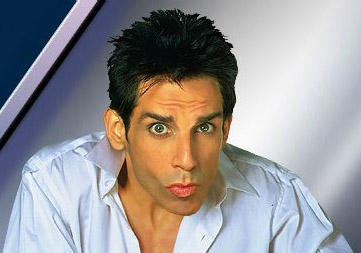 RockyMountnHigh
Posts: 990 - Karma: 14
Karma: 14
Posts: 990
Insane
Ok let me put it this way. I am not familiar with all Mormons or what they do but I have seen a couple Mormon families before, one family resides nearby my house. Needless to say they were out front playing with a block of wood and their mother made them put hard hats on and safety gloves, not to mention the safety vests they already were wearing. At first thought I had already decided they were retarded, but then after observing these strange creatures, I came to the conclusion that, "No they are just Mormons."

Mike-O
Posts: 14593 - Karma: 1,083
Karma: 1,083
Posts: 14593
Crazy Fool
Several leaders of the Finnish Lutheran Church also said that it would be fine to let women become priests, yet 87% of priests themselves said "Fuck No", as did the majority of Lutherans here. So a few leaders saying something does not diswrite or discredit what the majority of brainswashed people are saying and doing.
Apr 16 2012 4:49PM 0 0

Applejack
Posts: 205 - Karma: 9
Karma: 9
Posts: 205
Loner
Re: "Christians and Christian-ish fundies"
>fundies.
The official stance of the church is not against these things, but a lot of more evangelical and fundamentalist Mormons and Christians take it upon themselves to ban these things and take offense.
Apr 16 2012 4:49PM 0 0

Mike-O
Posts: 14593 - Karma: 1,083
Karma: 1,083
Posts: 14593
Crazy Fool
Another disqualifing point to religion itself - if it really was a matter of faith, why should anyone listen to anybody else than themselves for spiritual guidance and "rules"?

It's all a matter perception, birth rights, how you were brought up and your intelligence - be it left or right brain, whichever helps you really determine that there is no room or need for organized religion in the modern world.

We already worship technology like it's nothing, man-created miracles unifying the world in but a few silly decades, but somehow can't kick out the idea of omnipotent beings and their silly afterlives controlling and ruling over every fucking step we take.

WestWoods
Posts: 960 - Karma: 414
Karma: 414
Posts: 960
Insane
Hahaha well I watched the fellowship of the ring the same day I was babtized, and harry potter is my favorite thing ever. Im currently in AP Physics, and your a no it all idiot. check the sig, You can go ahead and use as big of words as you want, and the statistics of people who aren't mormon, but your not mormon? and Im not a stupid sloot, but you don't hear me telling you how your life is hahaha
Apr 16 2012 7:28PM 0 0

RockyMountnHigh
Posts: 990 - Karma: 14
Karma: 14
Posts: 990
Insane
Good one, did Joseph Smith tell you to say that? And wait a second i thought Mormons weren't allowed to engage in sexual activities until marriage? Joseph Smith is gonna be mad with you 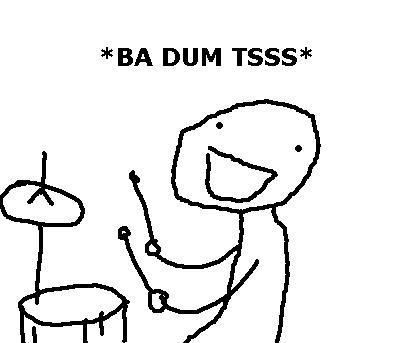 WestWoods
Posts: 960 - Karma: 414
Karma: 414
Posts: 960
Insane
Hahaha okay, well after this thread, Im really getting nervous, seeing as even the people I share passion with hate me for my religion and try to disprove everything im about, missions are really hard. Now really all religions have people donate money to their church whether its in open every sunday offerings, or in a more hushed form of tithing settlement. LDS people have asked to give a tenth of what you make, which really can add up, but look at all thats been built through a non profit organization! so (this has never been taught) but up until you go on a mission your about 20, ya know. I feel like 2 years is like a tenth of your life for a church and people you love. I deeply love the people in my church and all the good they do, I have seen soo many people come to my church, NOT because they just walked in, but because they grew comfortable with the missionaries and took their discussions to learn more. You don't think missionaries do much good, but they have brought thousands of people into a full realization of our beliefs and standards. Maybe not babtizing them, but actually getting the word spread of what we really believe, because all Mormons hate people not really knowing what we believe and spreading that we are racist, evil people. It sucks man. So a guy, say like me for example, doesn't want to bother people, but to actually bring people into the love that he's experienced. Believing in the good it brings so much that they will sacrifice 2 years of their time and money. To do what they feel is right.
Apr 16 2012 7:56PM 0 0

WestWoods
Posts: 960 - Karma: 414
Karma: 414
Posts: 960
Insane
John, can I call you John? I guess im just stupid, haha i've accepted that. Im just saying that my intentions coming into this thread where to defend those freakishly awkward missionaries from the incredible Bible Hulk. I thought that guy was just being a douche, and now im like fighting to explain why.
Apr 16 2012 8:06PM 0 0

EmperorKuzco
Posts: 6660 - Karma: 250
Karma: 250
Posts: 6660
No Life
I don't hate you, we would probably be friends in real life. I have plenty of friends that strongly believe in catholicism as much as I hate the whole religion type of thing. But I lost hope for religion along time ago. It just pains me why people can go along with things that discriminate other people (in this case homosexuals) and have absolutely no backing whatsoever.
Apr 16 2012 8:08PM 0 0

Applejack
Posts: 205 - Karma: 9
Karma: 9
Posts: 205
Loner
I'll bite. I hate anyone that supports an organization bent on not only excluding, but socially damning minorities for their inherent (re: god given) traits. For the same reason I hate anyone that confesses support for the KKK, even if they're not a member (and mind you, that is not a hyperbolic comparison at all. The church is guilty of much worse).
How do you not understand this? Regardless of what good your church is doing, it does not excuse the terrible evil it does to so many on this planet. Hell, the Catholic adherence to the ludicrous policy of "abstinence only" has contributed to >1million deaths in africa in the last year alone, given their "charity" is so prevalent in the areas that need it most.
I don't give 2 shits if you have friends that happen to be good Christians or good Mormons and have never done physical wrong. They're still shitty people for supporting that organization.
Apr 16 2012 8:20PM 0 0

Bill.Nye
Posts: 4060 - Karma: 2,106
Karma: 2,106
Posts: 4060
No Life
John is my name so it would be appropriate for you to call me that. You can defend those missionaries that's fine, I think the black guy was an ass overall. The only difference is that I think both the mormons and the (mainstream) christian are trying to defend an indefensible proposition.
Apr 16 2012 8:24PM 0 0

Applejack
Posts: 205 - Karma: 9
Karma: 9
Posts: 205
Loner
Slut shaming and sexism won't get you anywhere if you have no fucking clue to whom you are speaking. I didn't even have to get into the intellectual parts of anti-theist rhetoric before you devolved into a clear and sufficient representation of all that is wrong with people today.
Apr 16 2012 8:27PM 0 0

WestWoods
Posts: 960 - Karma: 414
Karma: 414
Posts: 960
Insane
WellI hear you, and I can see you have a great feel for what you believe and I commend you for that, lets just let it be said we have different beliefs, but are still both great people.
Oh by the way John, have you heard of the pinkname Applejack, I huuurd she be pretty SLUTTAY nahmean? hahah
Apr 16 2012 8:29PM 0 0

RockyMountnHigh
Posts: 990 - Karma: 14
Karma: 14
Posts: 990
Insane
And in comes WestWoods with another unintelligible remark against a female member of NS who clearly has a higher brain cell count. You can't answer a simple question about your own religion, now have you given any intelligent statements to support it. You're either 13 or full blown retarded.

EmperorKuzco
Posts: 6660 - Karma: 250
Karma: 250
Posts: 6660
No Life
Wow you're pretty extreme aren't ya? That is perhaps the worst comparison ever. Most people who support church organizations are not racist, sexist, or discriminating people. Don't go full retard next time you post. Contain the ignorance.
Apr 16 2012 8:38PM 0 0

RockyMountnHigh
Posts: 990 - Karma: 14
Karma: 14
Posts: 990
Insane
Woah ok I totally agree with you about everything else, but not everybody who believes in God or a higher power is a terrible person. I am an atheist, but I will still go to church on certain occasions with family. It all depends on the church and priest to be honest. The priest at the church I occasionally attend doesn't believe in racial or sexual profiling and to be honest doesn't even agree with parts of the bible. He openly wishes people to question parts of the bible and their faith that they don't agree with/like. I dont think that makes my family or the priest or me a shitty person at all.