Applejack
Posts: 205 - Karma: 9
Karma: 9
Posts: 205
Loner
That was a rhetorical question. The church clearly states that homosexuality in this case are the Devil's work despite your constant quoting of "Modern Revelation" being a tenet of the religion. So basically, your church is socially manipulative and "Modern Revelation" only comes into play when it serves the church best. You have no firm principals, just like you sacrificed bigamy for statehood and your beliefs about black people in the priesthood in '79.
You clearly have no idea how your church or religion operates. Evidenced by your inability to answer questions and debate and your incessant repetition with the links and "modern revelation" - something which you clearly don't understand.
Apr 16 2012 12:49AM 0 0

Squeenerd
Posts: 726 - Karma: 158
Karma: 158
Posts: 726
Ridiculous
Sorry, let me clarify. By update I meant taking the morals and having them comply with current society. It's obviously not appropriate for people to be stoned to death anymore, so things have to be modernized
Apr 16 2012 12:53AM 0 0

Bill.Nye
Posts: 4060 - Karma: 2,106
Karma: 2,106
Posts: 4060
No Life
So then did god's morals change? Or was he against it then also, but people didn't realize he was? If his morals changed, can he be omniscient? Will his morals change again at some point in the future?
BTW, I honestly don't know what your answers to these questions are going to be, I'm just trying to clarify your beliefs with socratic questioning.
Apr 16 2012 1:11AM 0 0

snowbombz
Posts: 2456 - Karma: 96
Karma: 96
Posts: 2456
Addict
The difference between the Bible and The Book of Mormon is that the Bible is based on thousands of years of history and superstition. Almost every story in the Bible are based on real events.
The book of Mormon is a recent phenomena. If you ask Mormons if they believe that Native Americans came to America over a land bridge connecting Russia to Alaska, they will say "no". Despite the genetic and historical evidence, Mormon's maintain that the Native Americans came to America from Israel in a boat after Jesus died.
We owe the model of the modern university to the Jesuits, who for hundreds of years were some of the most knowledgable people in Western culture. Even today, Jesuit institutions are some of the best schools. This is because many educated Jesuits believe that they can disprove the Bible, without weakening its significance. The Book of Mormon is difficult to enshrine if its not "real".
On another note...
Joseph Smith is one of my all-time idols; he got money, women, and a band of loyal followers. He allegedly had about 200 kids.
Mormon history is fascinating
Apr 16 2012 11:52AM 0 0

Also i don't capitalize god because i don't recognize his existence and don't call him by his name. The definition of god with a lower case g is just a spiritual entity.

If you want anything fucked up from the old testament just look at the idea of hell. Gentle Jesus meek and mild introduces the idea of hell and that if you don't follow jesus you will be tortured forever. In fact the new testament is when the real fun begins.
Apr 16 2012 12:16PM 0 0

i dont assume theres a shitload of closet stoner mormons, i know there is. only way to cope with all the bullshit.

Obi-Wan-Jenobi
Posts: 951 - Karma: 119
Karma: 119
Posts: 951
Insane
Of course we follow many of the teachings of the old Testament it is part of the bible. But as i have explained in some other religious thread some where else when Jesus came to earth everything changed. Besides many of the rules in the old testament were put there for specific reasons and many of things you quoted (sex with period blood etc (ew)) were rules put in place because one had to be ritually clean to enter the temple. When Jesus came he destroyed the temple and rebuilt it in 3 days (John 2:19) and now anyone form any where no matter what there past can come to Jesus and through him to the Father (yes that includes gay people). Which i will capitalize as he exists.
Apr 16 2012 1:11PM 0 0

Obi-Wan-Jenobi
Posts: 951 - Karma: 119
Karma: 119
Posts: 951
Insane
Ha that was brutes. If Jesus were to come back tomorrow it would'nt matter what nationality he was. He is God in the flesh he could vanish the entire earth if he wanted to. Saying that just because we have progressed means that Jesus is no longer Lord is silly. And of course there were no pictures of him derp no one had a camera in the year 30 AD. If you simply refuse to believe that Jesus is lord whatever, have it your way. But the reasons in the video are stupid.
Apr 16 2012 1:24PM 0 0

skankhunt42
Posts: 11901 - Karma: 1,029
Karma: 1,029
Posts: 11901
Crazy Fool
Why do people love conflict so much? I really don't understand why people get such high enjoyment of watching people make each other feel bad. This sucks, because humanity seems to thrive when people support and build each other up.
Who knows, with that black dude there could have been some racial shit going on underneath, where he could be disagreeing with the way religious white people control society. Let's face it, if you're the white guy in this situation, this probably would not be very fun, at all. These poor missionaries are forced into these ridiculous social situations because of what some ancient book tells them they must do in order to enter some imaginary "celestial kingdom" which nobody knows actually exists. It's a completely faith based belief, and as we well know, faith is created in the mind. The fact that this book tells them this shit is true is insane, and the fact that people actually buy into this shit is even more prepostorous. The guys who wrote these "sacred" books were men just like you and me, but 2000 years dumber.
These kinds of confrontations are silly and should never happen. I am not however saying it is bad to be religious. In fact, I think If you thoroughly believe in god and it genuinely makes you feel better about yourself and makes your life nicer than if you were athiest, then you should defininitely follow your gut and be religious. However from the eyes of an athiest such as myself, I can't ever subject myself to thinking about a spiritual entity that is a human being himself is controlling this earth and everybody's life path. In the grand scheme of things, our friends from the video are essentially arguing about which imaginary friend and its well tailored elaborate story to back it is the correct one to believe in--wrap your head around THAT. What someone does or believes in to cope with insecurities and uncertainties of this world and their own personal lives is a very deep topic that can ususally only be discussed with close friends and family. Now, for these poor mormon guys, the fact that they are forced to go around and try to persuade people into their belief system makes most people listening to their shenanigans extremely uncomfortable, which in turn probably makes them uncomfortable as well. With this video we now see that for some odd reason this exchange of weird feelings and overall bad vibrations is glorified. Our society thoroughly enjoys seeing religion on religion shitstorms.
Our country and many others alike evidently blame wars that are obviously about business purposes on religion, so that people support them so they can ultimately throw their money at it. Nobody would back our government if they blatantly told us every business transaction they made. Let's face it. We've been trying to swindle oil from arabs ever since we invented cars and industrialism. We fucking need the stuff to run this country and generate a good looking GDP, and we need it cheap.
I'm not saying this next bit actually happpened for sure, but lets theoretically say some stupid feud happened between the Afghans and GW Bush's boys at Enron. Everybody knows the Enron guys threw money at GWB to put him in office and that they were homies from Texas. The Enron fiasco happened right before 9/11. Jeff Skilling, Ken Lay and Andrew Fastow, who were the CEO, Chairman on the board of directors, and CFO were selling all their stock in Enron right before the collapse--they knew what was about to go down. Apparantly around that time they were trying to build a pipeline through afghanistan. that obviously failed and its highly possible that they could have fucked the afgans out of a lot of money. Because swindling the stock market is how Enron got so powerful, it makes perfect sense that they would go after the world trade center to retaliate. In order for us to get back at them for essentially blowing up our stock market, we started a war with them. The reason our government gave us is that they were trying to destroy our freedom and didn't like the way our country was run. BULL-SHIT. the only thing that will ever make people blow up stock market centers is a large amount of money. No amount of religious intolerance will ever be enough of a reason for someone to pull some shit like that.
This goes back to my point, that we blame a lot of extremely complicated shit on religious differences so we can get stupid people to back up our government when they fuck up. So we should stop arguing about which religion is stronger or weaker, and people should stop getting off on stupid ass videos like this.
Apr 16 2012 1:24PM 0 0

Mike-O
Posts: 14593 - Karma: 1,083
Karma: 1,083
Posts: 14593
Crazy Fool
Well, it is a comedy sketch, but with valid points. You say "derp" to the picture scenario, but seem to fail to understand the point: if someone would today start claiming that they are Jesus and they've returned, who the fuck would give them the time of day? Many believers from the US Bible Belt would probably not believe that an Arabic fellow was their lord and saviour if confronted with such a man in today's world.

I already know that you are so deep in youe beliefs that a few paragraphs from someone on NS won't ever change that. I believe there is no god, if there was an influential man called Jesus from Nasareth, he certainly was no son of any god.
Apr 16 2012 1:33PM 0 0 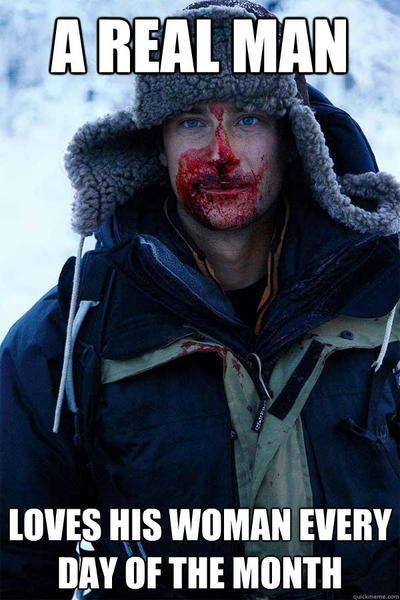 Obi-Wan-Jenobi
Posts: 951 - Karma: 119
Karma: 119
Posts: 951
Insane
I didn't know it was a comedy because i dont speak what ever he speaks sorry. But if a man who claimed to be the Son of God came today we killed him and then he was raised from the dead would we believe? I would. And its Nazareth. But i do admire your ability to respect others beliefs(unlike AR6), thats a solid quality so +k for that.
Apr 16 2012 1:52PM 0 0 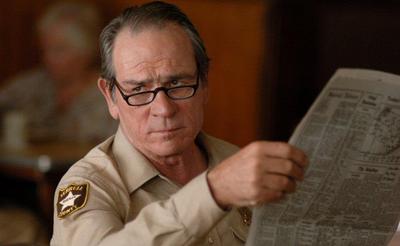