Apple has a cash hoard of 100 Billion Dollars...

skithesprings
Posts: 9086 - Karma: 1,316
Karma: 1,316
Posts: 9086
Crazy Fool
Unfortunately, he's right.
You're looking at this like a self entitled opportunist. They aren't making any money by having a warehouse full of cash. The money isn't fucking and making baby monies, and what they are doing IS helping the economy by countering inflation. They are essentially removing that entire amount of money from the economy, which counters inflation on a nation wide scale... and you're saying we should penalize them for that?
fuck off.
Mar 26 2012 1:43PM 0 0

skithesprings
Posts: 9086 - Karma: 1,316
Karma: 1,316
Posts: 9086
Crazy Fool
oh, and I forgot, sure, his checking account is meaningless, but take every checking account in the country and all of a sudden you have something that isn't so insignificant. you suggesting that apple be taxed on an individual basis is just as bullshit as suggesting individuals get taxed the same way anyways.
Mar 26 2012 1:45PM 0 0

blackmamba.
Posts: 969 - Karma: 56
Karma: 56
Posts: 969
Insane
Didn't they recently announce an annual dividend of sorts and a share buyback plan? They had three options, and they've explored all three up to this point (i.e., hold on to their cash reserves, issue dividends, and share buybacks).
Mar 26 2012 2:01PM 0 0

accualyisdolan
Posts: 3295 - Karma: -192
Karma: -192
Posts: 3295
Addict
having a large amount of backup cash is the biggest protection for a biz. warren buffet hoards cash like donkey kong hoards bananas, a biz having no backup lquidity is very vulnerable to being bought out, spiralling down towards bankruptcy and other things. 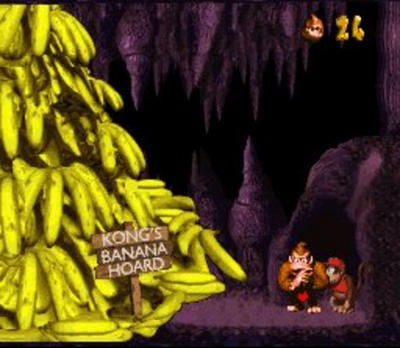 el_chupacabra
Posts: 639 - Karma: 14
Karma: 14
Posts: 639
Ridiculous
haha well this whole thread is a lot of retarded economics but saying they are countering inflation in any significant way is pretty stupid, federal reserve regulates inflation by open market operations, discount rate, and adjusting reserve ratio, they've got plenty of tools at their disposal to make sure they're hitting the targeted inflation rate, apple hoarding some cash isn't going to change that system

and not giving a fuck and still not communist. idk how you could read that into my words. i am not saying you are a nazi sherwoody, do i? pretty much the same thing.

its obviously not right to tax a single company/branch higher just for the sake of it.

what i do know is that (IF THE REPORTS ARE TRUE) they are holding (from a finance standpoint) WAAAAAY to much cash. i wrote a review on a paper regarding the "actual" value of cash that shareholders place on an additional dollar of cash holdings within the firm.

with that in mind, i would say the stock price (while its now not exactly bad) could skyrocket when they would invest big parts of it. and cash reserves are there to protect yourself from default, facilitate loan negotiations and so on and in comparison to their liabilities its more than enough. it shows that they are only experts in marketing and in not much other things.


and someone should explain me how they "multiplied" their cash holdings by 10 since sep. 2011? they had 116 billion total assets in 2011. idk how they would now have almost the same number in plain cash. barring some extreme development, i would expect that the newspapers dont communicate the actual situation very well.
http://finance.yahoo.com/q/bs?s=AAPL+Balance+Sheet&annual

geteducated
Posts: 6410 - Karma: 85
Karma: 85
Posts: 6410
No Life
i don't see how tying personal chequing accounts relates to what i am talking about. i am talking about corporations. you all seem to be getting hysterical and throwing around socialism because its supposed to be some bad word.

in addition, i am not alone on this. i have had casual conversations with senior executives in toronto at large commercial real estate offices and they all lean towards what i have said as well. why they expressed this concern and opinion is mainly due to their lament of large reit's that are sitting on large piles of money and aren't making any property purchases or developments. so then, what does that mean for the economy of their companies when money isn't being passed around?

feihlination
Posts: 8356 - Karma: 1,084
Karma: 1,084
Posts: 8356
Crazy Fool
obviously creating a subsidiary in china and shifting revenues somehow there is one of the many "loopholes" i described.

thanks for clarifying that while trying to sound like a smartass and laugh at me.


baaaaah, *cry*, there is no dividend tax in other countries. the whole world is unfair. i thought the US were atop those comparisons. so youre not awesome enough for your own companies to support you? i hope you know that in 95% of western countries, share repurchases are the superior way of distributing money? so, yes, i expect that apple doesnt have the best tax lawyer at hand.

J.D.
Posts: 21358 - Karma: 5,094
Karma: 5,094
Posts: 21358
@th1337
Maybe I'm missing something here... Why would they care about the dividend tax rate? The US has consolidated tax reporting, the dividend rates only matter to the extent there's payout to the public, and then any tax is the shareholder's problem. The issue is tax on repatriated income which is more about incentives to hold passive income elsewhere than a disincentive to repatriating it. This is super complicated and tax treaties make all the difference in the world as to whether it's advantageous to a company to move its cash onto the books of its domestic entities. Just citing the general corporate tax rate doesn't really tell you much.
Mar 26 2012 5:43PM 0 0

J.D.
Posts: 21358 - Karma: 5,094
Karma: 5,094
Posts: 21358
@th1337
How do you figure? I doubt anyone here is an expert on the tax systems of multiple countries but I can tell you that in Canada there's not much practical difference in a baseline situation; a share repurchase is deemed to be a dividend to the extent the amount the shareholder gets paid on the repurchase exceeds the paid-up capital of the shares... though the US doesn't have the concept of paid-up capital at all, so can't really speak to how that all shakes out down there.
Mar 26 2012 5:53PM 0 0

you seriously expect to know better what i meant then myself? get your head out of your own ass.

tell me what i think right now? i even give you a hint: its an animal. 1 $ if you name it. i seriously cannot offer more since apparently you are psychic.

that would make YOU only look dumber. but since i dont like arguing on a personal level, unlike you apparently or the guy in the video, have fun with your "facts" and stuff and go on with your life.

i wasnt talking about "loopholes" in what you maybe think is a "loophole". i was talking about ways to take your money and not have it end up at the government. whatever that is. if its simply buying stuff and pay VAT which is lower, if its opening a company-owned fund for caritative purposes (image improvement), if its some kind of investment in another country or on the moon or on betelgeuse, who gives a fuck?

and that is the problem woozy. companies that have enough money to pay taxes also tend have to size (international stuff) and knowledge to avoid paying them.

think like a rational and open-minded person from time to time.

Apple as a company. Obviously the public holders care, it affects the extent to which they're taxed on investment income but they're living in the states so it doesn't much matter what company they're getting their dividends from, they're going to pay the same rate.

All in all the reason I think dividending out the war chest is stupid is... what does it gain them? The share price might go up in the short term? Okay, but why do they care about their share price; it's in no danger of falling off anyway. Not to mention once the dividend is paid it'll just go back down to where it was before. Meanwhile, you could instead buy a bunch of IP or do more R&D or... yknow, invest in things that might produce another large-earning product. Apple could make TV's or something, I don't know, this just strikes me as a waste.

feihlination
Posts: 8356 - Karma: 1,084
Karma: 1,084
Posts: 8356
Crazy Fool
not for that obviously. but that video has this obvious descending tone and all that semi-smartassness.

and all the information of those 6 minutes or so could be written in ^^^that quote, so why drag it out if not for any other reason than emotional brainwashing?

so here is something from a scientific resource. not some biased shit that you always posted with (gun laws) manipulated and intentionally misinterpreted data.
Mar 26 2012 6:01PM 0 0

J.D.
Posts: 21358 - Karma: 5,094
Karma: 5,094
Posts: 21358
@th1337
This is sort of true and sort of misleading. What they have is enough money to structure their businesses efficiently so as to pay as little tax as possible while complying with tax laws. There is nothing at all wrong with that and they don't AVOID paying tax. They pay piles and piles of tax. They just pay tax lawyers a bunch of skrilla to make sure they're not paying any more than they absolutely have to.
Mar 26 2012 6:01PM 0 0