If so, lets see some pics and info... 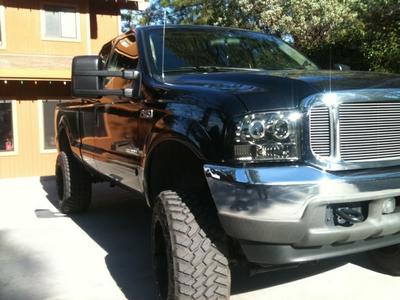 Ski_the_east01
Posts: 5203 - Karma: 2,302
Karma: 2,302
Posts: 5203
No Life
TRUTH! you people in your jacked up pickups are the ones melting the ice caps and killing the polar bears
you should trade in those stupid gas guzzlers and get a fabulous prius like me 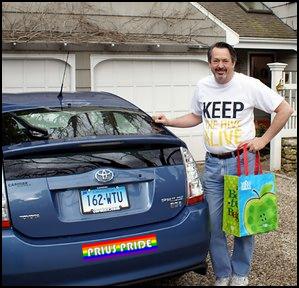 diesel emissions are heavier than air and therefore sink to the ground, going nowhere near the atmosphere. whereas the emissions from a regular gas vehicle are lighter than air and go up into the sky and kill our planet.

Doug.Dimmadome
Posts: 165 - Karma: 20
Karma: 20
Posts: 165
Pro
no, diesel is the cleanest way to drive. besides maybe a hydro-powered engine or one of those magnet engines. but in a showdown between a prius and lets say.... a VW golf, the VW will be a cleaner running car.

I_Am_Mod
Posts: 13214 - Karma: 3,734
Karma: 3,734
Posts: 13214
Crazy Fool
i'm not saying your statement is false, i just hope you don't think diesels are carbon neutral and don't contribute to global warming ...
they still emit a decent amount of fossil CO2 and other gasses and particles that attribute to global warming
+i'm no expert but i think the diesel soot isn't very healthy either.... i'd need to look into it when i have some time but i think that it's one of the driving factores of smog, and i think we can all agree that altough it's not global warming, it isn't very good either ...
Jan 19 2012 1:51PM 0 0

WikiWiki
Posts: 5584 - Karma: 421
Karma: 421
Posts: 5584
No Life
studies have shown that while the gases emitted are less harmful a large amount of the soot rises- people say bullshit I can see it fall to the ground- thats the large particles seen with the human eye- the smaller particles float away- these coat the inside of your lungs- causing you to get all fucked up
climate change not so much- cancer or lung diseases fuck yes
Jan 19 2012 3:14PM 0 0

I_Am_Mod
Posts: 13214 - Karma: 3,734
Karma: 3,734
Posts: 13214
Crazy Fool
the soot also affects global warming in a strange way, it gets transported through the air and is deposited on ice and snow, thereby changing the absorption/reflection properties and contributing to melting of the icecaps and global warming .... 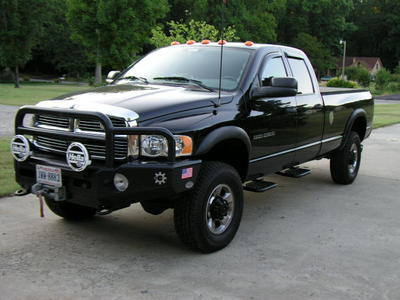 skier_07
Posts: 326 - Karma: 51
Karma: 51
Posts: 326
Loner
granted you can say soot is harmful for the environment all you want and everything else.. I am not going to argue those facts simply because proving you wrong isnt worth my time.
On another point in all reality these trucks aren't designed to smoke so in running them the way they are released from the factory they are much healthier for the environment. Actually studies have claimed that in a newer diesel truck with the regeneration process the air actually comes out cleaner than it goes in... Now how is that for environmentally friendly.
And that being said the current emissions things are actually making diesels less efficient that they could be with a water meth injection system. Currently a diesel produces some gasses which are then cleaned up by the regen process (reburn). If they allowed the use of a water meth injection system these gasses would actually never be created in the first place plus you would get better mileage and more power.
Now I know that went over most of your heads but really shut up about how bad they are for the environment.
Jan 19 2012 7:28PM 0 0

Doug.Dimmadome
Posts: 165 - Karma: 20
Karma: 20
Posts: 165
Pro
and i never said that they didn't harm the environment either. I'm saying a small diesel car will run cleaner than a prius.

Rusticles
Posts: 2156 - Karma: 1,359
Karma: 1,359
Posts: 2156
Addict
I have no idea why everyone has a huge fucking boner for (domestic) diesel trucks, Maybe I am biased because I live in Alberta, land of the douchebag Diesel daily driver but if you rarely pull anything why would you buy one? their heavy as fuck, slow as fuck, expensive as fuck, especially to fix. I have numerous friends with every single kind of diesel and the only one that gets similar mileage than my 6.2L Denali is a 6 cylinder cummins. Still costs more because diesel is far more $.
Jul 30 2014 11:23AM 0 0

montanan
Posts: 1784 - Karma: 1,328
Karma: 1,328
Posts: 1784
Insane
i have an early 2003 dodge ram 2500 heavy duty with cummins HO engine, 6spd manual 4x4. almost stock, pretty much my work truck. not my daily driver. but cummins for the win for sure, my diesel i had before was a 97 ford f 250 with the 5 spd manual tranny, 4x4, and the good ol 7.3 powerstroke engine. loved the truck, and loved the engine. but now that i sold that and have my cummins, i gota say im a cummins fan now, but i love the older 7.3 diesels , and would still buy one if i could find an older model that was maintained well and doesn't have a million miles on it yet...., but ya , im def a diesel fan for sure. even tho mine is my work truck and i dont drive her aton. but when i do , damn, its hard to beat that cummins / manual tranny package , thins hauls like there aint nothing behind it. pulls my 3 horse , indoor tack room, fully steel trailer without even breaking a sweat, and alot of times i also have my camper on with the horse trailer in tow. and it handles everything without even breaking a sweat, even better than my old 7.3 . have not owned a duramax so cannot say anything good or bad about them, but i know i would never by a duramax for myself.
Jul 30 2014 11:35AM 0 0

OP's truck is a mall crawler smh has that ever been off of pavement?

charmanderHi there how are things?

you sir should watch yourself...Ive got this one sealed up

feihlinationso in america its uncool to have a diesel? like diesel=truck=redneck or what?

.frenchycant wait till i get my first diesel and roll coal everywhere, especially liberals.

OP's truck is a mall crawler smh has that ever been off of pavement?

This doesn't even make sense, but it is a perfect example of why people hate diesel trucks. God I'm glad I don't live where people drive these anymore

DreddSteveThis doesn't even make sense, but it is a perfect example of why people hate diesel trucks. God I'm glad I don't live where people drive these anymore

aka roll coal on prius's I meant liberals as in yuppies, aka people like you who hate trucks

.frenchyaka roll coal on prius's I meant liberals as in yuppies, aka people like you who hate trucks

My boss owns six diesels, three bikes and a prius. Not your normal mix of vehicles.

Chewy.My boss owns six diesels, three bikes and a prius. Not your normal mix of vehicles.

He is. He even dropped out of school as a high school sophomore. Super great guy though. If any of you are having a wedding/huge party, I'll plan it for you.