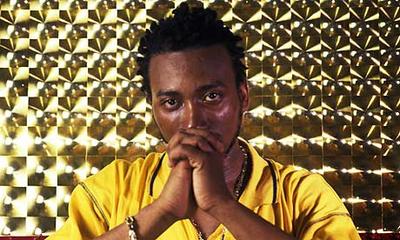 Wu-Tang Clan's Ol' Dirty Bastard was "heavily involved" in "murder, car-jackings … and the sale of drugs [and] illegal guns", according to a newly released FBI report. The FBI's 93-page file on ODB, revealed in a Freedom of Information request, connects the rapper with a litany of serious crimes in the late 80s and 90s.

The documents were obtained by Rich Jones of the Gun.io blog, who filed a formal request for information on Russell Tyrone Jones, aka Ol' Dirty Bastard, who died of an accidental drug overdose in 2004. It took the FBI less than a week to respond with its file, consisting of redacted police reports, court proceedings and news clippings. All have been posted online.

According to these papers, Ol' Dirty Bastard was arrested more than 15 times on charges that ranged from resisting arrest to injuring a child, as well as assault, the attempted murder of a police officer, refusing to pay child support and the illegal possession of body armour. It connects him with the Bloods gang and at least two murders, but also describes occasions that ODB was robbed at gunpoint in his own home. "There was an indication that the [thieves] were current or former [music] industry insiders who had banded together to commit the robberies," an officer explained.

Furthermore, Wu-Tang Clan are portrayed as a criminal organisation, co-ordinating drug-deals and homicides – sometimes with musical rewards. "Once individuals have proved themselves as good and loyal members," officers claimed, "they are offered record contracts to record Rap type music." In 2000, Wu-Tang Clan were apparently under investigation by NYPD's violent crimes/gangs squad, the US Attorney's office, a Staten Island detectives unit and the Richmond county district attorney.

The FBI's ODB file will certainly be of interest to the rest of Wu-Tang Clan, who are still making music. A Raekwon biopic is in the works and RZA recently unveiled plans for a film about ODB, starring either Tracy Morgan or Eddie Griffin. "I signed on, of course," he said. "[They] got my blessin' to make it happen."