Why are you supposed to shovel the stairs? 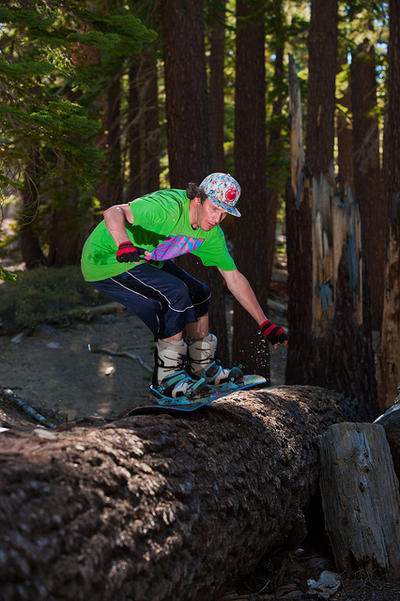 Mr.Bishop
Posts: 22657 - Karma: 75,482
Karma: 75,482
Posts: 22657
@th1337
Absolutely 100% about visual appeal.
Shots where the stairs are covered aren't as cool, because there is less consequence to screwing up.
Now... I'll also add to that though that when you do a trick with more consequence, you actually tend to do a better job. So if you shovel those bitches off, and do it like a real man... you have a higher chance of sticking the rail, because giving up like a little bitch would result in a 'stair massage'.
I used to rock climb, and my buddy who taught me always harped on a very important lesson:
"There is a drastic difference between letting go, and your fingers literally exploding off the hold because you found the edge of your bodies capabilities. If it counted, the first would mean you're fucking dead because you're lazy... and the second would mean you gave it everything you have.'
Jan 6 2012 11:15PM 0 0

QuinnBestwick
Posts: 693 - Karma: 751
Karma: 751
Posts: 693
Ridiculous
urban usually is just for shots and dont expect it to come as easy as the park 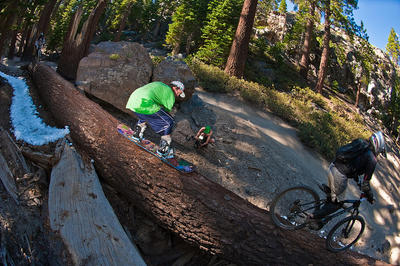 this is why skiing will never be snowboarding.  everything has to be filmed, even the 10ft flat bar in the mini park by a bunch of kids doing front 2s all day.

what ever happened to just going out, having fun, and still killing it with out worrying about getting the shot or any shot at all?

airic
Posts: 720 - Karma: 16
Karma: 16
Posts: 720
Ridiculous
What is less legit than leaving snow on stairs? Putting a mattress on them. But I ended up having way more fun that way.

Shovel stairs to prove you're a badass that doesn't give a fuck about consequences.

willy_baller
Posts: 1622 - Karma: 677
Karma: 677
Posts: 1622
Insane
I've done it. I enjoy hitting urban. I actually think it is a ton of fun. Theres no point in doing it if you aren't enjoying it because chances are, its not going into a movie and not very many people will see it so do it for yourself. not for the shot.

k-fred
Posts: 5363 - Karma: 1,587
Karma: 1,587
Posts: 5363
No Life
gotta agree, hitting high consequence urban w/ filming is kinda stupid. it's like when your trying a new trick(when i say new trick i mean something big like double), most people will film it. plus when you film you can get some pretty gnarly bail and those are pretty funny to watch haha 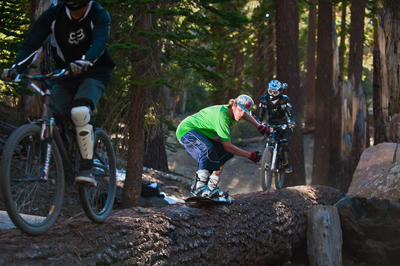 Kevski
Posts: 7045 - Karma: 2,693
Karma: 2,693
Posts: 7045
Crazy Fool
But instead, you're in your neighbourhood with homies shredding and chilling for free. There's some sort of fulfillment going skiing on features that were built with other uses in mind. People didn't start hitting urban with the idea that if they brought a camera they could prove to everyone how badass they were. The majority of the population still thought skiing was still gay back then anyways, so there was nothing to prove.
If you're gonna produce a film or submit your shots somewhere, or really want to brag to your friends, then shovel. If you're out with friends just hitting urban, I don't see the point unless you seriously feel the need for that extra gnar factor.
Feb 6 2012 12:29AM 0 0

RussellK141
Posts: 810 - Karma: 63
Karma: 63
Posts: 810
Insane
Everyone has mentioned that shoveling makes the shots look better, but I think it's a good idea to make sure the stairs have been shoveled and the lip removed as a sort of courtesy gesture. You know, like a 'thank you' to whoever the owner of the stairs is for letting you hit their rail.
Considering many naive people would consider urban a form of vandalism, it kinda helps promote a better image for us as skiers/snowboarders
Feb 6 2012 2:13AM 0 0