From about 40 yards away and at an elevation 25 feet higher, they fired about seven rounds into his upper torso.

Allman said Robinson didn't fire a shot, and there was no verbal exchange between the parties. The suspect raised his weapon -- which was loaded and not on safety -- from the ground toward law enforcement officers.

The suspect was considered "armed and dangerous," and was believed to have engaged in a gunfight with three other law enforcement officers from Alameda County two days earlier.

There was no "shoot-to-kill" order in effect, Allman said.

"I fully support the manner in which this happened," the sheriff said, responding to inquiries that the suspect was killed without any warning or having fired a shot. "There will be no more lives endangered by Gordian Robinson."

Authorities wanted Robinson for the killing of a fellow gang member, Carlos Silva on August 27 just east of Fort Bragg on the northern California coast 10 miles north of Mendocino.

A witness saw a gunman open fire and later identified the suspect, according to Allman.

For over a month, more than 40 local, state and federal law enforcement agencies have teamed up to look for him.

In the process, he has been a suspect in several burglaries in which he kicked in locked doors and made off with food and guns, said Allman.

One such incident occurred between Thursday and Friday in a garage-shop about two miles from where Bassler was eventually found. A police bloodhound tracked his scent, helping steer authorities in the direction that they believed the suspect might be -- and leading to the operation Saturday.

The officers who gunned down Robinson were among about 15 three-person teams brought in from around the state for the search.

Robinson's family was "not happy" when a law enforcement official contacted them Saturday about the death because the press had already put out the news, according to the sheriff.

"I do have some feelings for the Robinson family, they suffered a loss today," Allman said. "(But) I assure you, that the other two losses that we felt in this county were something that law enforcement remembered every day."

A $30,000 reward for information leading to Robinson had been offered. There was no indication Saturday that anyone will receive it.

RIP Lil_G. you will be missed.


I pass the torch to you. You must take my place on the internet. These are dark and difficult times. You must stay strong and perservere over all interneters. I believe in you, you have the power.

KEVTRON
Posts: 3530 - Karma: 1,005
Karma: 1,005
Posts: 3530
Addict
This is my thread. There are many like it, but this one is mine. My thread is my best friend. It is my life. I must master it as I must master my life. My thread, without me, is useless. Without my thread, I am useless. I must type out my thread true. I must type straighter than my enemy who is trying to out type me. I must out type him before he out types me. I will... My thread and myself know that what counts in this post is not the words we type, the noise of our typing, or the ridiculous comments we make. We know that it is the thought that counts. We will type... My thread is on the internets, even as I, because it is my life. Thus, I will learn it as a brother. I will learn its weaknesses, its strength, its parts, its accessories, its spelling and its awesomeness. I will keep my thread clean and ready, even as I am clean and ready. We will become part of each other. We will... Before God, I swear this creed. My thread and myself are the defenders of the internets. We are the masters of our enemy. We are the saviors of my thread. So be it, until victory is my thread's and there is no enemy, but peace!
Dec 22 2011 7:13PM 0 0 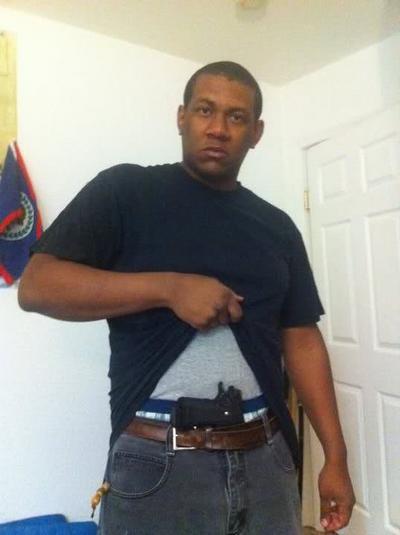