This is why i love wakeboarding

so i've been wakeboarding for a while and this year i realy stepped up my game: 2nd of Switzerland, 1st of geneva (under 18s) and getting my first sponsor (mastercraft). The feeling u get when ur on the water early in the morning and its super flat out, carving, hucking new trick, i love it! its just like skiing and lots of people dont know that. for example here's the trailer for the new BFY movie, just sick:

Guys if u dont have a summer sport, seriously take up wakeboard. It's just so fun, i love it. hope this gets word out for wakeboarding a bit more, peace 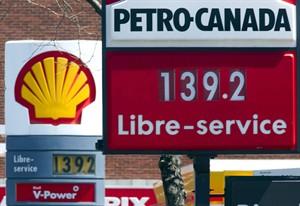 .AR6rider.
Posts: 15975 - Karma: 8,775
Karma: 8,775
Posts: 15975
Post Whore
You're kidding, right? Using the rope in wakeboarding you can change your rotation mid-air, you can do wrapped tricks, ole spins, handle pass spins, tricks like raleys, 313s, S-bends, off axis spins, flips, flips with ole spins, flips with handlepasses, flips with wrapped spins, tricks like elephants where you throw a flip AND manage to change the direction of your spin mid-air, and all of that shit can be done regular, switch, heelside, and toeside. Now who's the stupid one?
Oct 10 2011 5:34PM 0 0

Puzzled
Posts: 4260 - Karma: 4,380
Karma: 4,380
Posts: 4260
No Life
No shit sherlock, I wakeboard myself. You can get get all those things done on skis with pretzels (rails) or any variations of handdrags (air) on various features shaped in a way to revert the spin while middair. Now stop running in circles saying stupid things like "we can spin regular, switch, heelside, etc" you clearly know its the same for skiing only with different names. Now here's the unbelievable, we got 2 boards, you got one. Want me to start an endless enumeration? Nice try at playing devil's advocate though.
Oct 10 2011 5:51PM 0 0

.AR6rider.
Posts: 15975 - Karma: 8,775
Karma: 8,775
Posts: 15975
Post Whore
Yes. If you honestly think there are more possibilities for air tricks in skiing than in wakeboarding, you're delusional. Nobody even mentioned rails; however, wakeboarders do some crazy shit on sliders that I could argue is more difficult than doing ballerina spins on rails with skis. Having a rope gives you infinitely more possibilities for tricks than sliding downhill toward a jump. Also, you say I'm running in circles with the whole toeside/heelside argument, yet there are completely different tricks for toeside and heelside, where with skiing it's simply spinning left, or spinning right. The tricks are the same.
Oct 10 2011 5:58PM 0 0

oh ya and to add on to that, in skiing you hit like 5-6 features tops in a run and then hike up or take the lift, whatever. thats time wasted. in wakeboarding ur laps can last as long as u want, just keep hitting the wake or the kickers n sliders.

now dont get me wrong, i love skiing and i dont want this to become a wake vs ski thread cos there are way to many wake haters that only know the sport just like hater number 1 up here. but fact is, 1.) yes wakeboarding has more tricks but: u need specific conditions (a parc, a boat, flat water cos ruff wake kinda sucks)while on skis u can ski just about anywhere there is snow(resorts, big mountain, urban).

so how about we just leave it at that?

Puzzled
Posts: 4260 - Karma: 4,380
Karma: 4,380
Posts: 4260
No Life
I don't even feel like having an argumentation. I practice both sports and I can tell you, snow sports are the hardest to equal in terms of creativity and possibilities. Now you can get back at me all you want with your handle theories, I'll be dropping it as soon as I get my speed for that sexy urban while you are stuck in your pond.
Oct 10 2011 6:14PM 0 0

I think wakeboarding is amazing, and shredding early morning glass is pretty close to skiing pow. I do like wakeskating better than wakeboarding though, for the simple fact that you don't need an absurd amount of money to have fun.

Ex. - riding behind a jon boat

wow i loled at this

my sternum always kills afterwards, not to mention how great a waxed board feels rubbing against bare skin, and how awesome choking on salt water is

maxwell666
Posts: 554 - Karma: 20
Karma: 20
Posts: 554
Ridiculous
why? because there are people who aren't on a mountain that still find ways to have fun in the snow? and killing it doing something new?

you are straight up wrong about there being more possibilities for tricks in wakeboarding, that video proves it, you can ski with a tow handle if you want, you cant wakeboard on a mountain.
skiing has twice the sticks which adds way more possibility, and then there is the massive amount of rail tricks in skiing.

pelle_munch
Posts: 4102 - Karma: 463
Karma: 463
Posts: 4102
No Life
are you fucking kidding me? Please explain to me how you can do more shit on a wakeboard that on skis because either i'm missing something big or you're fucking retarded.

will you just stop and think for a second all the crazy shit that's gone down in skiing in the last 10 years? Find me a video of a wakeboarder doing lets say, a dub 10, or a 1400, or any crazy shit on a rail that hasn't been done on skis. just think of urban too, and all the crazy shit you can do in backcountry. endless possibilities dude... wakeboarding you're just stuck to the water being dragged along by a rope
Oct 11 2011 2:26AM 0 0

Seriously though, I've been wake boarding and it's fun. But it's got a lot of overhead and for me at least, it's a lot more economical to ski (especially since I work at a resort and ski for free. even if I didn't it would still be cheaper).
Oct 11 2011 2:33AM 0 0

That's much like saying.. with skiing you're just stuck on snow, being pushed by gravity.

I believe what the people are saying when they say that there are a lot more tricks in wakeboarding, is that the physics of the sport allow for more variations on tricks than skiing... of course you can always go bigger/faster/harder on skis, but the tricks themselves for the most part havent changed in the past few years. In my opinion, a 360 and a 720 are very similar tricks, although a 720 would be a more severe spin, it's still in essence just a spin.

Variations like this are most likely impossible on skis

Not saying one is "better" than the other, or even that one has more tricks, just opening up a different view point because you seem pretty close minded about this

To my knowledge, a 1440 has not been landed behind a boat, but Danny Harf threw a 12 on the d-up like 3 years ago, and rumor has it Matty Hasler has been working on a 14 on the cable.

cab509
Posts: 806 - Karma: 31
Karma: 31
Posts: 806
Insane
To OP, congrats on the sponsorship. I probably won't be buying another mastercraft after the one my team has now, but if you're getting them cheap go for it. As for the giant argument. I'm more of a three event skier on the water but I wakeboard for fun and I have to say I love both water and snow about the same. It keeps me active year round.
Oct 11 2011 8:02AM 0 0

Gypsy_Skier
Posts: 2665 - Karma: 5,212
Karma: 5,212
Posts: 2665
Addict
Well i was ridin a ronix one board but i broke 2 of them in a season (only on rileys :/) and it realy started pissing me off so i tried a few boards, liquid force, byerly, other ronix. I personnaly love a 3 stage rocker board over a continuous cos i ride super agressive so i picked up the most agressive board i could find: Ronix MANA. and i got to say, so far i love it! so poppy and super fast on edge, best board on the market IMO
Oct 11 2011 8:06AM 0 0

Pow.yuHdig*
Posts: 1903 - Karma: 146
Karma: 146
Posts: 1903
Insane
well skiing you can do all those tricks and all those grabs but you dont have to be behind a boat yo can hit park jumps any size build booters any size tap any random object go as fast or slow as you want ski many different types of snow park cliffs trees moguls racing you can spend your while day touring and then ski 1 line
any sport that relies on somthing outside of nature is more limited than a sport that is not
Oct 11 2011 9:28AM 0 0

Flying~Squirrel
Posts: 6494 - Karma: 184
Karma: 184
Posts: 6494
No Life
there are different sized jumps and rails and taps in wakeboarding when youre in a cable park, you can ask for certain speeds behind the boat. but when youre doing airs there are a lot more possibilities with the flips and spins because you can pull off the rope the whole time youre in the air. that makes it a whole lot different from skiing, and probably opens up more opportunities for variation. HOWEVER i don think that makes wakeboarding better, but thats a matter of opinion and anyone on here who tries to definitively say that one is better than the other is in the wrong.
Oct 11 2011 9:53AM 0 0