Re click the link and then click the pictures.... You guys are fucking dumbshits if you didn't read the captions and see that if you click the pics you get before and after pics.

pelle_munch
Posts: 4102 - Karma: 463
Karma: 463
Posts: 4102
No Life
dunno about you guys but i was pretty impressed by how much they cleaned up. just think about it, all that shit had to be removed, cleaned up, transported, and somehow destroyed. thats a lot of work

look at all the shit they removed from here 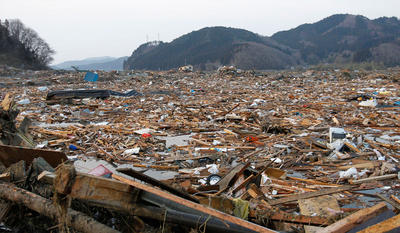 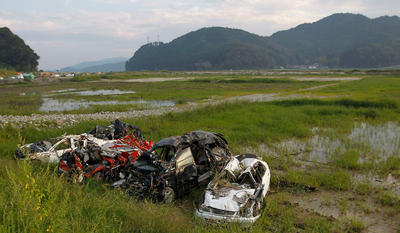 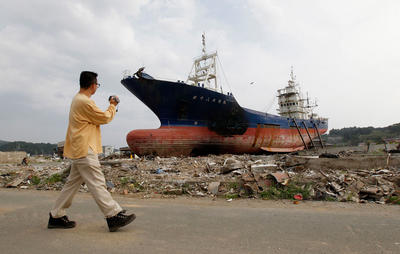 .Tom.
Posts: 1160 - Karma: 612
Karma: 612
Posts: 1160
Insane
Really touching stuff. It's incredible how much they have done to clear up some areas but yet how dilapidated it still looks once they're done. Damamge on a scale I can't comprehend.

I don't know why but this disaster hit me way harder than any others lately, I have serious sense of humour failures when it comes to this lol...
Sep 13 2011 4:42AM 0 0

shintastic48
Posts: 2909 - Karma: 45
Karma: 45
Posts: 2909
Addict
Hey guys. I've been living in Japan for awhile now and was here when the tragedy occurred. I live in Tokyo so the earthquake wasn't so bad. 3.5's are pretty standard for larger earthquakes. We get earthquakes daily so we get used to them. But I can tell you from a first person perspective that the images I saw on the TV, Internet, and what I was hearing probably one of the largest disasters this world has seen in many years. It was also incredibly scary. I wasn't allowed to leave my school for 14 hours. Not even to get food. We had limited water. No cell phone service to call my parents in the states. It was bad. Then hearing about what was happening at 福島第一 (Fukushima Daiichi in Kanji for those of you that don't know.) Was really one of the scariest experiences that I have ever been through. And I hope that I never have to go through it again.

I've lost a total of 14 friends in the tragedy. This is just a estimate due to the fact that none of them have responded to any of my email messages or have been on Facebook since.

I also visited the 宮城県 (Miyagi Prefecture) about a month ago. The scale of the damage is just nothing like i've ever seen before. I couldn't even bring myself to take many pictures because my colleagues and I were just in tears beyond anything I ever thought was even possible. It's just so sad knowing that in a matter of minutes. 15,000+ innocent Japanese people lost there lives. It's just something you can't even begin to describe. Sorry for not posting any pictures up but I have very limited photo's and I'd rather not post them as it would probably make me cry.

But I think props have to be given to the Japanese. Despite having one of the worst disasters in many many many years, as soon as they were able to, everything just carried on like normal. And on top of that, we all remained calm and didn't become barbaric. I've heard stories of hurricanes in Florida and things of the like where people got so desperate that they began to kill each other and steal. That never once happened here.The amount that has been cleaned up is a really large amount considering the fact that the Tsunami's went 10 miles inland (I think i read that, might be KM.) You just aren't able to clean all of that up in less than 6 months, no matter how much man power you have. I think that props need to be given to the Japanese by everyone in the world. Aside from maybe Africa I think Japan has gotten the second most amount of crap given to it. Bad Earthquakes, Tsunami's, The only 2 major Atomic Bombs to be dropped on it. And through all of this. They still remain humble and calm. You don't hear them complain as some other countries do.

But i'm done talking as i'm about to begin crying and probably nobody cares. 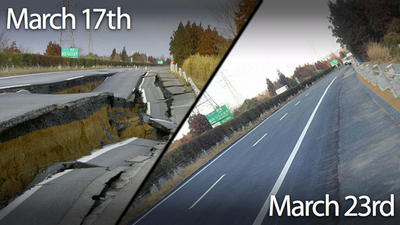 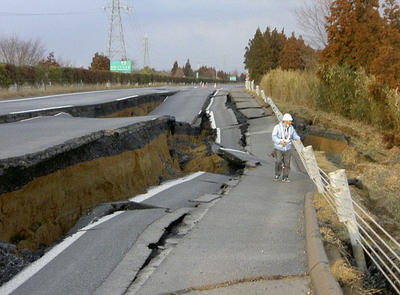 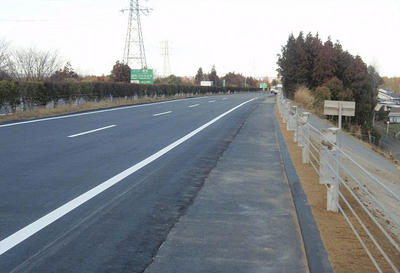 Thats insane. 6 fucking days..their construction teams are amazing its no wonder they have world class infrastructure
I love my country, but there is literally no chance it hell you would ever see a road in teh united states get fixed this quickly and with this quality following an absolutely devastating natural disaster
Sep 13 2011 12:33PM 0 0

AOTEAROA
Posts: 2216 - Karma: 15
Karma: 15
Posts: 2216
Addict
Wow, this is amazing. i work in Road construction and fuck it takes them fuckkkken aggggggeeeeeessss to do anything like this. (like years) I dont understand how they did it that fast. theres alot more to roading than meets the eye. (soil testing every 300mm, about 8 different layers of fill, curing times of seal are very different etc) I dont see how they could have done it in 7 days.
Sep 13 2011 5:40PM 0 0

Holy shit, the Japanese are so efficient.  And that one post by the person living in Japan was touching.

Some people on Newschoolers are soooo stupid though, I'm almost embarassed to be a part of this forum.

shintastic48
Posts: 2909 - Karma: 45
Karma: 45
Posts: 2909
Addict
There aren't really any Ski resorts in the Miyagi area. Most are in Nagano and in the western half of Hokkaido.

MitchPee
Posts: 8867 - Karma: 1,479
Karma: 1,479
Posts: 8867
Crazy Fool
I, too, was in Japan during the earthquake. I lived there from December to April and met some of the most hospitable people in my life.
Normally I would shrug off comments like "they were overpopulated anyways" as meaningless trolls who probably have never left their home state or parents basement...but this kind of hit me hard. Humble does not even begin to describe the character of Japanese people.
Perhaps the biggest difference I saw was the Japanese media being shown everywhere was trying to keep people calm, construct and direct a recovery, and save lives. CNN, BBC, Fox, was just trying to capitalize on their suffering by continuously running stories about the nuclear scare. I can't explain in words how angry this made me. To see media outlets simply turning a blind eye to the suffering to talk about their wet dream of a word "nuclear". Not only did a lot of people lose their lives in this disaster, but the amount of people who lost almost everything was shocking. The Japanese people in Tohuku are extremely content with just a small amount of material things. They are so very different from us in the way we worship what people own and wish we owned more than we do. It's almost embarrassing seeing how happy these people are with practically nothing. Then you take that practically nothing away and it literally becomes nothing. Since Japan has a lot of small family businesses, these too were wiped out.
Hopefully everyone who said something negative about this can take a trip to Japan to experience what I am talking about. Hell I would be happy to show you some of the best snow in the world and all the lines I found in Hokkaido. After that you will probably want to kick your own ass so bad that I won't have to. If not, enjoy your shitty landfill hills and I will continue to promote Japan for its skiing and amazing culture.
Sep 14 2011 11:14AM 0 0
All times are Eastern (-4)