icantskiiFILM
Posts: 2113 - Karma: 138
Karma: 138
Posts: 2113
Addict
so in fairfield, ct. theres this BOMB place called Lucys Kitchen. they made propably the best sandwiches ever and they were just dank. lucys was just THE place to go when ur in the mood for good ass food.

it was so chill in there and that all is because of the owner, Jim. jim was just the man and theres no other ways of describing him. whether it was him answering the phone saying "Lucys Chicken", blasting dubstep in the place or just the good vibes you always get from the guy. he was so funny and was a true icon in the area.

last night, he passed away. it was his 31st birthday and had been drinking and took some sleeping pills to fall asleep =[ he was found on the couch by his mother at 6am and could not be revived. such a sad day. RIP Jim well all miss u 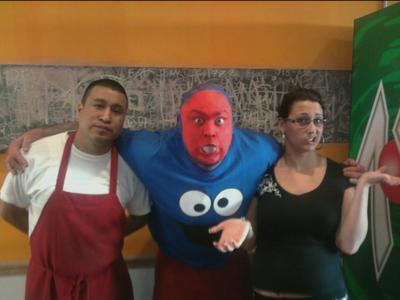