r3dbullninja
Posts: 274 - Karma: 13
Karma: 13
Posts: 274
Loner
so is Mubarak the world's biggest f*#%ing troll or what? riling up everyone then pissing on them...
I can't believe their president refused to step down, I am betting that if he refuses to leave within a week, the protestors are going to either kill him or the military will stage a coup...
any thoughts? bets?
just thought history is in the making, does anyone particularly care?
Feb 10 2011 10:27PM 0 0


Anyway, here's a great article on the matter.

As the Egyptian uprising enters its third week, many are wondering just who exactly will come out on top in this battle for the Arab world's most populous nation.

This time last week, it seemed that the millions of pro-democracy protesters who took to Egypt's streets had delivered a knock-out punch to the autocratic, American-backed, military regime of Hosni Mubarak.

One week on, however, and Mubarak remains in power.

How is it possible for a president to withstand pressure from millions of people taking to the streets day in day out for 14 consecutive days? How has Mubarak been able to absorb widespread criticism for the murder of more than 300 innocent civilians and the injuring of thousands? How has this president been able to divert attention from the billions of dollars he and his family have stolen whilst millions of Egyptians continue to live in poverty?

Why is it that the "international community" continues to do business with an Egyptian regime which has killed its citizens, attacked journalists, trampled on practically every single human right; and above all never contested a free election?

The simple answer to all these questions - The United States of America.

"Conspiracy conspiracy, blame it on the Americans" I hear you moan!

Allow me to pose to you the following questions (and answers).

Who is the largest receiver of US military aid after Israel? Egypt.

Who is the one person who must sign off on all military contracts in Egypt, giving him a "share" (kickback) from all deals? Hosni Mubarak.

What are the two most influential lobbies in Washington? The Israeli lobby and the arms manufacturing/military lobbies.

What is the only court case in Egyptian history to be lost by the government at every level yet overturned by Presidential decree? An attempted juncture to prevent the sale of gas to Israel.

What is the name of the largest opposition party in Egypt? The Muslim Brotherhood.

Does it recognise Israel? No.

Did it approve of Egyptian waterways being used to transfer US war ships during the illegal war on Iraq? No.

Let’s leave that chain of questions now on the side, bearing in mind that I am by no means insinuating that the Muslim Brotherhood are the only opposition force in Egypt or that they even constitute anywhere near a majority.

During this uprising I have travelled across the country. In Suez I met socialists who likened their uprising against the regime to the 1973 battle against Israeli forces lead by Ariel Sharon.

In Cairo I met journalists who protested because of decade’s worth of state censorship which prevented them from criticising Cairo's degrading relationship with Washington.

In Alexandria I met students furious that their country's role had become almost insignificant in the region because it no longer had the respect it once had.

All of these people, and many of the hundreds more whom I spoke to would always make reference to either the US or Israel in their criticism of Mubarak and his regime.

Yes it is the unemployment, the poverty, the police brutality, the lack of freedom, the poor education system and the economy that forced these millions of Egyptians out onto the street; but there is an underlying cause behind most of these problems.

The Egyptians who destroyed a decades old barrier of fear, defeated one of the most oppressive police forces and challenged a world that thought they didn't have it in them to speak out - these Egyptians, are some of the most politically astute people I have met.

They understand that in order for Israel to exist there was no room for any of its neighbours to be strong (economically or militarily), they are aware that in order for the US to maintain its hegemony in the Middle East there can be no regional power but Israel, they still remember the days of Nasser and how he made Western leaders shudder, they recall the early stages of the 1973 war when Egypt's true military potential was almost realised.

The simple fact of the matter is, the US is trying to maintain this unjust (in)"balance of power" in the Arab world because despite all the talk from Obama, it still views this region through the same racist, colonialist eyes it always has. That is why it brought in Omar Suleiman, Egypt's vice president, that is why it is desperately seeking a younger pro-American/Israeli replacement to Mubarak, and that is why it's criticism of Mubarak's response to this uprising has been a pat on the back in comparison to the sentiments expressed during anti-government protests in Iran just a year ago.

It is unfortunate that the Egyptian army, which has been presented with a golden opportunity to regain its dignity and liberate the people by standing shoulder to shoulder with the pro-democracy protesters, has failed to do so. In fact, if this uprising fails to blossom into a revolution, it will be the Egyptian military's fault as much as it is Washington's, if not more.

The Arab people are no longer the ignorant, docile, apolitical, fearful consumer junkies they once were. The revolution in Tunisia, and the celebration of democracy manifested through the Egyptian uprising are just the beginning; the days of Western backed puppet despots in the Middle East are numbered.

And the sooner Washington realises that the better. Because it is in America's interest to revise its policies vis-a-vis the Arab world, making them in tune with the Arab street rather than at the beck and call of Tel Aviv. And that means severing ties with the Mubarak regime and attempting to build a genuine relationship with the free Egyptian people.

But then again maybe the US could do with a lesson in democracy from the Egyptian people, for after all, the free people of Egypt, like their comrades in Tunisia, have and are bringing about regime change without the help of "the international community" or the "free world".

In fact they're doing so in spite of the "free world's" best efforts. 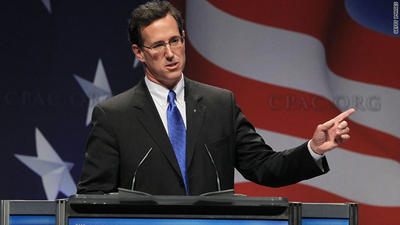